At least 20 Am Law 200 firms have brought on new chief marketing officers this year. At the same time, salaries for in-house legal marketing pros in major markets have shot up by as much as 20% since 2020, according to Calibrate Legal recruiter Jennifer Johnson, who conducts periodic compensation surveys.

Neither Peters nor D’Urso immediately responded to requests for comment.

Global chief marketing and business development officers at the 50 biggest firms are now commanding pay checks of $550,000 to $1 million a year, three industry insiders told me – a reflection of the overall tight labor market as well as an increasing recognition of the value they can bring.

“There’s a direct correlation between the success of a law firm and the quality of the business staff they employ,” Johnson said. “There are not enough people to go around for all the [marketing and business development] positions that are open.”

Maverick Search Consulting CEO Ren Tucker, who like Johnson specializes in placing non-lawyer professionals, said 2021 “has been incredibly busy.” He added, “We’re getting more asks to do searches than we can agree to.”

To be sure, the CMO role can vary widely from firm to firm. Some Big Law marketing execs are viewed as top-level tacticians. Others may struggle to be heard by lawyers who figure they already know how to market their firms, relegating their CMOs to working on client pitches and press releases.

Such a situation reminds me of the old catchphrase by comedian Rodney Dangerfield: Law firm CMOs “don’t get no respect.”

But that appears to be changing.

I reached out by email and phone to a dozen top marketing pros who switched jobs this year to ask them why they made their moves and what advice they would give a firm looking to hire a new CMO.

A bigger paycheck always helps, but what else?

Gibson Dunn chair Barbara Becker made a key point when she said Peters will be “an integral member of the firm’s leadership team,” adding that “Katherine will help drive forward our vision and strategies to ensure our continued growth and success.”

That more than anything is what CMOs told me they want.

“Every law firm says they want their marketing team to be more proactive and every marketing department team member wants to be proactive,” said Christie Cáceres, who moved up to chief business development and marketing officer at Sheppard, Mullin, Richter & Hampton in October from Sidley Austin. “It’s a matter of finding the firm that is willing to invest in ways in which the team can do so by giving them the right initiatives, structure and resources.”

Still, Big Law firms are not exactly known for their daring marketing campaigns. That’s understandable given the need to project an air of gravitas, but it can clip a creative marketer’s wings.

“Law firms race to be second,” one CMO told me. “If you have a new idea, the first question is ‘Who else is doing it?’” The CMO requested anonymity to speak candidly about the relatively small world of law firm marketing.

A firm that’s willing to be a bit bolder is an attractive prospect.

For example, Koree Khongphand-Buckman in June joined Foley & Lardner to lead the business development, marketing, client service and branding efforts across all practices, industries, sectors and offices, moving up from Hogan Lovells, where she oversaw the firm’s efforts in the Americas.

Foley “is not afraid to shake things up in order to better serve our clients,” she said, adding that she was also drawn by the firm’s desire to “use digital techniques to enhance traditional marketing efforts.”

Likewise, Melanie Green, who joined Fish & Richardson in October from Faegre Drinker, said she was attracted by the IP firm’s “forward-thinking culture” and the chance to develop new client engagement initiatives.

Faegre in a statement said the firm wishes Green “all the best.”

According to a survey by Calibrate Legal and ALM Legal Intelligence, firms in 2020 spent a median of 2.1% of their revenue on marketing and business development, with a low of .5% and a high of 5%.

Culture is a factor as well. Law firms tend to divide into two camps, with lawyers on one side and everyone else on the other. It should come as no surprise that marketing pros prefer firms where they don’t feel like second-class citizens.

For example, before Julia Bennett moved to Brown Rudnick in May, she met with other senior business professionals during the interview process.

“I could tell that they were valued by the firm and treated as experts in their substantive business areas,” she said. “Their enthusiasm for the firm and the respect and deference that attorneys showed them made me feel confident that I would really be able to contribute to the growth of the business without the distraction of unnecessary distinctions between lawyers and business professionals.”

Likewise, Big Law veteran Bob Robertson, who most recently worked as a consultant before joining Jackson Lewis in May as CMO, said that what “really struck a chord” was the chance to “be part of a team that drives the organization at some level.”

It’s also imperative that a CMO, who typically needs to win support from multiple firm partners for any significant initiative, meshes in terms of style and personality.

“For these senior levels roles, it isn’t really a question of competence or experience; it should be about whether the new CMO will fit well with the rest of the management team and leadership of the firm and make a real contribution to its success,” said Chris Hinze, who joined Steptoe & Johnson as chief marketing and business development officer in September from Hogan Lovells, where he had been global head of communications.

A Hogan spokeswoman did not immediately respond to a request for comment.

Mariana Loose, who moved to Alston & Bird as CMO from Jackson Lewis in February, added that it’s “incredibly important for firms to have a clear understanding of why they are seeking a new CMO and what they are looking for from that position.”

A firm’s values can be important, too.

Lucy Murphy, who moved to Allen & Overy from Freshfields in July as global chief marketing and communications officer, said she was attracted by the firm’s “drive and ambition” as well as its “strong and authentic moral compass”

Likewise, Iris Jones, who moved in May to Akerman, said that as a Black woman, her new employer’s commitment to social and racial justice issues “aligns with my philosophy and beliefs, as well as my desire to contribute.”

She also appreciates the opportunity to meet every week with Akerman’s chairman. It’s all about “having mutual respect,” she told me.

Or as Brownstein Hyatt Farber Schreck’s new chief marketing and business development officer Wendy Taylor put it, “Everyone talks about the importance of having a ‘seat at the table’ but sometimes, for whatever reason, that isn’t a reality,” she said. But being “part of a leadership group that plays an integral role in firm management and that makes having a really demanding job much more enjoyable.

(UPDATE: This column was changed to add comment from Faegre Drinker.)

Opinions expressed are those of the author. They do not reflect the views of Reuters News, which, under the Trust Principles, is committed to integrity, independence, and freedom from bias.

Jenna Greene writes about legal business and culture, taking a broad look at trends in the profession, faces behind the cases, and quirky courtroom dramas. A longtime chronicler of the legal industry and high-profile litigation, she lives in Northern California. Reach Greene at [email protected]

Sun Apr 3 , 2022
Tuesday, February 1, 2022 A legal blog has a ton of value for law firms looking to improve their legal marketing and drive new customers to their website. Prospective clients often search for legal topics to familiarize themselves before consulting an attorney, and if a law firm can provide that information, that […] 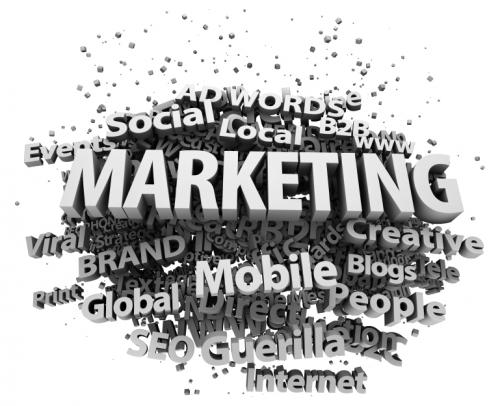