The Second Amendment Preservation Act, better known as SAPA, took effect at the end of August. It nullifies federal gun laws and allows police departments to be sued up to $50,000 for violating someone’s Second Amendment rights. It’s also causing confusion for law enforcement, affecting the way officers protect Missourians. Even some departments have cut ties with federal task forces because of the consequences.

“If the court can give us some clarification, we can go back to business as usual but right now, it’s caused a lot of confusion and concern,” executive board member of the Missouri Police Chiefs’ Association Chris DiGuiseppi said. “Everybody just wants the answer to this.”

One of the largest controversial bills, House Bill 85, passed by the General Assembly in the past year is causing hesitancy. The new law “prohibits state and local cooperation with federal officials that attempt to enforce any laws, rules, orders or actions that violate the Second Amendment rights of Missourians.”

“I have known chiefs that have had to resign from the drug task force boards,” DiGiuseppi said. “When you talk about a federal task force, most of that task force is made up of municipal officers or county or state police.”

DiGuiseppi, also the chairman of the St. Louis Area Police Chiefs’ Association, said law enforcement is pro-Second Amendment, but the language in the law is vague, causing issues between agencies.

“The police departments are running into those dilemmas and that is causing problems,” DiGiuseppi said. “Lawmakers I think did not have any intention of these unintended consequences. Most of those we work with are very pro-police.”

Inside the Capitol, the General Assembly just finished its first full week of the 2022 legislative session. Republicans have said they don’t see a need to revise the rule.

“I think you’re going to have to present an incredibly compelling case that what we did has had a direct impact on X, Y, or Z enforcement and we’re going to have to see that,” Senate Majority Leader Caleb Rowden said. “You’re going to have to give us a solution that fixes the problem and doesn’t undo the other things we want to do. I haven’t seen that yet and I would be surprised if there is anything out there that will change most of our minds.”

There is concern that a change to the law might not protect Missourians’ Second Amendment Right.

“I think I disagree with some of their assessment and that’s where I’m at today,” House Speaker Rob Vescovo, R-Arnold, said.

Roughly 60 police chiefs have signed affidavits in court, not wanting to overturn the law, but wanting clarification.

“When we have attorneys or legal advisors and or insurance companies telling us, no you might be at risk, you could get sued, this could bring about frivolous lawsuits because of the wording when you put a stolen gun into the computer,” DiGiuseppi said. “Well, if that’s true, that hurts gun owners.”

Both St. Louis City and County, along with Jackson County, tried to prevent the law from going into effect, but a judge sided with the state. The lawsuit was appealed to the Missouri Supreme Court, where it’s set to be heard next month.

Senate Minority Leader John Rizzo, D-Independence, has filed a bill to repeal parts of SAPA that prohibit police from seeking aid in federal gun enforcement. The legislation is called “Back the Blue Act.”
“My bill is the real deal, it will allow police officers to do their job, work with federal partners to stop gun violence, to catch criminals, and keep men and women in uniform safe,” Rizzo said.

Missouri lawmakers revisit banning the teaching of racism in classrooms

The law has resulted in agencies across the state withdrawing from joint efforts with the Breau of Alcohol, Tobacco, Firearms, and Explosives (ATF).

“The St. Louis Area Police Chiefs’ Association and the Missouri Police Chiefs’ Association are NOT seeking to overturn the Second Amendment Preservation Act but rather seeking clarification from the court outlined in the amicus briefs filed to ensure that law enforcement return to operating and functioning as it always has.  The vague language contained within the law has caused confusion and solicited varying legal opinions which has resulted in unintended operational consequences.

Why police are concerned about Missouri’s new gun law

Tue Feb 8 , 2022
“We are thrilled to complete our Series A with Left Lane Capital,” said iTrustCapital CEO Todd Southwick. “We bootstrapped ourselves into the position as the industry leader by focusing on having the best product with excellent client service – and thus grew organically within the crypto community. Having the backing […] 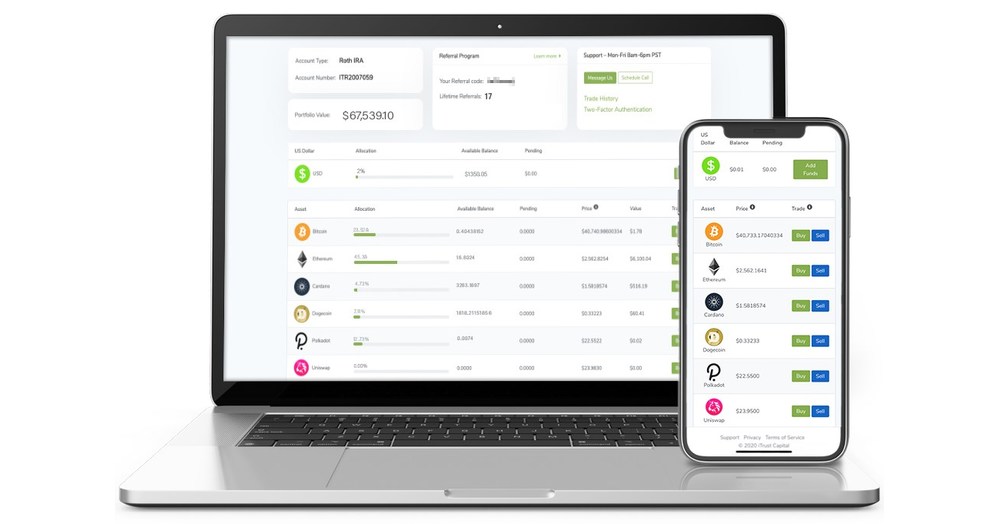