As an economist, pulling punches isn’t in my DNA. So, I’ll be blunt: For most Americans, early retirement isn’t just a decision to take the longest vacation of their lives — it’s one of the biggest money mistakes that they will regret.

According to a Boston College Center for Retirement Research report, half of today’s working families risk a major living standard decline in retirement. The share would drop by roughly 50% if all workers were to retire two years later.

Of course, there are situations where retiring early is a great option. Some people have carefully planned and can afford to buy more leisure. Many have no choice; they run out of physical or psychological steam. Others find their jobs automated or outsourced.

Still, almost two-thirds of people — between ages 57 and 66 — choose to retire early out their own volition, despite having saved next to nothing. And most of them are able-bodied, without disabilities that would prevent them from staying on the job.

Take the baby boomer generation, the 76 million-strong population of those born between 1946 and 1964, who are retiring droves. Almost half of them have little if any savings.

Indeed, their median wealth is just $144,000 — less than three years of median household spending. If they had significant private, state or local pensions on which to rely, things would look better. They don’t.

Less than 1 in 3 have a pension apart from Social Security. As for those with pensions, many had state- and local-government jobs that weren’t covered by Social Security.

Worse, those receiving such pensions can lose most or all of the Social Security benefits accrued from working part-career in covered employment due to Social Security’s Windfall Elimination and Government Pension Offset provisions.

Social Security is nothing to write home about

Social Security’s average benefit — $18,000 per year — could be far higher, but 94% of retirees take Social Security retirement benefits well before its benefit peaks, at age 70.

In fact, roughly 85% should be waiting until 70 to collect. The age-70 retirement benefit is 76% higher, adjusted for inflation, than, for example, the age-62 benefit.

Moreover, when Americans take their Social Security retirement benefits far too early, they potentially condemn their spouses or ex-spouses (to whom they were married to for a decade or more) to far lower widow(er)’s and divorced widow(er)’s benefits.

You can’t count on dying time

The failure of most of us to save reflects a misfocus on life expectancy, which is routinely used to set one’s planning horizon. Half of 50-year-olds will live beyond age 80. A quarter will make it to age 90.

To understand what adequate saving really involves, take Jane, a single 40-year-old Louisianan. Jane, who plans to retire and take Social Security at 62, earns $75,000 per year and has $150,000 in her saving account — an inheritance from a rich uncle.

Jane could live to 100. Like the rest of us, Jane can’t count on dying on time. She needs to plan to live to her maximum age of life, because she might.

Jane has saved nothing. She’s counting on Social Security and her 401(k), with its $150,000 balance and to which she and her employer contribute 3% annually, to sustain her retirement. Jane is miles off base. Her retirement could last longer than she works. If she lives to 100, she needs to save 28% of her take-home pay each year through retirement!

What if Jane takes Social Security at 70? Good move! This raises her lifetime spending by over 10% and lowers her requisite pre-retirement saving rate to 16%. And if she plays the odds of dying young and plans to lower her living standard by 1.5% annually starting at 80? Now her required saving rate is 13%.

Even so, Jane is actually in better shape than many. About one-third of private-sector workers have no retirement plan. And a quarter of those that do fail to participate even to the point of getting their free employer match.

The answer is to delay retirement

How to rescue non-saving Jane’s retirement? If Jane retires and takes Social Security at 70, she won’t need to save on her own. And her lifetime spending will rise by one-third!

Yes, this is a risky strategy. Jane could become disabled. Or she could be fired. But if she refuses to save a ton and doesn’t want to experience severe financial deprivation in retirement, her only answer is to keep on working.

As for me, I just turned 71. Fortunately, I have tenure and can keep doing research, writing books and columns and teaching. My current plan is to die in the saddle. My work is just too rewarding — financially, intellectually and psychologically — to give it up.

Laurence J. Kotlikoff is an economics professor and the author of “Money Magic: An Economist’s Secrets to More Money, Less Risk, and a Better Life.” He received his Ph.D. from Harvard University in 1977. His columns have appeared in The New York Times, WSJ, Bloomberg and The Financial Times. In 2014, The Economist named him one of the world’s 25 most influential economists. Follow Laurence on Twitter @Kotlikoff.

Mon Feb 7 , 2022
This is an archived article and the information in the article may be outdated. Please look at the time stamp on the story to see when it was last updated. INDIANAPOLIS – This is the time of year home insurance claims start to sky rocket.  Storm season boosts the number […] 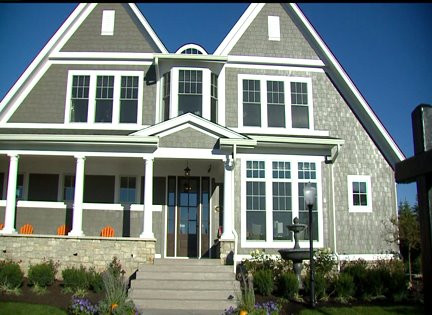