WASHINGTON — Companies usually shell out for Olympic sponsorship because it helps their business and reflects well on their brands. But this year, with the Olympics in Beijing, Procter & Gamble paid even more to try to prevent any negative fallout from being associated with China’s repressive and authoritarian government.

The company, one of 13 “worldwide Olympic partners” that make the global sports competition possible, hired Washington lobbyists last year to successfully defeat legislation that would have barred sponsors of the Beijing Games from selling their products to the U.S. government. The provision would have blocked Pampers, Tide, Pringles and other Procter & Gamble products from military commissaries, to protest companies’ involvement in an event seen as legitimizing the Chinese government.

“This amendment would punish P.&G. and the Olympic movement, including U.S. athletes,” Sean Mulvaney, the senior director for global government relations at Procter & Gamble, wrote in an email to congressional offices in August.

Some of the world’s biggest companies are caught in an uncomfortable situation as they attempt to straddle a widening political gulf between the United States and China: What is good for business in one country is increasingly a liability in the other.

China is the world’s biggest consumer market, and for decades, Chinese and American business interests have described their economic cooperation as a “win-win relationship.” But gradually, as China’s economic and military might have grown, Washington has taken the view that a win for China is a loss for the United States.

The decision to locate the 2022 Olympic Games in Beijing has turned sponsorship, typically one of the marketing industry’s most prestigious opportunities, into a minefield.

Companies that have sponsored the Olympics have attracted censure from politicians and human rights groups, who say such contracts imply tacit support of atrocities by the Chinese Communist Party, including human rights violations in Xinjiang, censorship of the media and mass surveillance of dissidents.

“One thing our businesses, universities and sports leagues don’t seem to fully understand is that, to eat at the C.C.P.’s trough, you will have to turn into a pig,” Yaxue Cao, editor of ChinaChange.org, a website that covers civil society and human rights, told Congress this month.

The tension is playing out in other areas as well, including with regards to Xinjiang, where millions of ethnic minorities have been detained, persecuted or forced into working in fields and factories. In June, the United States will enact a sweeping law that will expand restrictions on Xinjiang, giving the United States power to block imports made with any materials sourced from that region.

Multinational firms that are trying to comply with these new import restrictions have found themselves facing costly backlashes in China, which denies any accusations of genocide. H&M, Nike and Intel have all blundered into public relations disasters for trying to remove Xinjiang from their supply chains.

Harsher penalties could be in store. Companies that try to sever ties with Xinjiang may run afoul of China’s anti-sanctions law, which allows the authorities to crack down on firms that comply with foreign regulations they see as discriminating against China.

Beijing has also threatened to put companies that cut off supplies to China on an “unreliable entity list” that could result in penalties, though to date the list doesn’t appear to have any members.

“Companies are between a rock and a hard place when it comes to complying with U.S. and Chinese law,” said Jake Colvin, the president of the National Foreign Trade Council, which represents companies that do business internationally.

President Biden, while less antagonistic than his predecessor, has maintained many of the tough policies put in place by President Donald J. Trump, including hefty tariffs on Chinese goods and restrictions on exports of sensitive technology to Chinese firms.

The Biden administration has shown little interest in forging trade deals to help companies do more business abroad. Instead, it is recruiting allies to ramp up pressure on China, including by boycotting the Olympics, and promoting huge investments in manufacturing and scientific research to compete with Beijing.

The pressures are not only coming from the United States. Companies are increasingly facing a complicated global patchwork of export restrictions and data storage laws, including in the European Union. Chinese leaders have begun pursuing “wolf warrior” diplomacy, in which they are trying to teach other countries to think twice before crossing China, said Jim McGregor, chairman of APCO Worldwide’s greater China region.

He said his company was telling clients to “try to comply with everybody, but don’t make a lot of noise about it — because if you’re noisy about complying in one country, the other country will come after you.”

Some companies are responding by moving sensitive activities — like research that could trigger China’s anti-sanctions law, or audits of Xinjiang operations — out of China, said Isaac Stone Fish, the chief executive of Strategy Risks, a consultancy.

Others, like Cisco, have scaled back their operations. Some have left China entirely, though usually not on terms they would choose. For example, Micron Technology, a chip-maker that has been a victim of intellectual property theft in China, is closing down a chip design team in Shanghai after competitors poached its employees.

“Some companies are taking a step back and realizing that this is perhaps more trouble than it’s worth,” Mr. Stone Fish said.

But many companies insist that they can’t be forced to choose between two of the world’s largest markets. Tesla, which counts China as one of its largest markets, opened a showroom in Xinjiang last month.

The Latest on China: Key Things to Know

A U.N. official’s visit to China. Michelle Bachelet, the United Nations’ high commissioner for human rights, said that China would allow her to visit the country and examine conditions there, a startling twist after years of negotiations and stonewalling by Beijing.

“We can’t leave China, because China represents in some industries up to 50 percent of global demand and we have intense, deep supply and sales relationships,” said Craig Allen, the president of the U.S.-China Business Council.

“Very few companies are leaving China, but all are feeling that it’s risk up and that they need to be very careful so as to meet their legal obligations in both markets,” he said.

American politicians of both parties are increasingly bent on forcing companies to pick a side.

“To me, it’s completely appropriate to make these companies choose,” said Representative Michael Waltz, a Florida Republican who proposed the bill that would have prevented Olympic sponsors from doing business with the U.S. government.

Mr. Waltz said participation in the Beijing Olympics sent a signal that the West was willing to turn a blind eye to Chinese atrocities for short-term profits.

The amendment was ultimately cut out of a defense-spending bill last year after active and aggressive lobbying by Procter & Gamble, Coca-Cola, Intel, NBC, the U.S. Chamber of Commerce and others, Mr. Waltz said.

Procter & Gamble’s lobbying disclosures show that, between April and December, it spent more than $2.4 million on in-house and outside lobbyists to try to sway Congress on a range of tax and trade issues, including the Beijing Winter Olympics Sponsor Accountability Act.

Lobbying disclosures for Coca-Cola, Airbnb and Comcast, the parent company of NBC, also indicate the companies lobbied on issues related to the Olympics or “sports programming” last year.

Procter & Gamble and Intel declined to comment. Coca-Cola said it had explained to lawmakers that the legislation would hurt American military families and businesses. NBC and the Chamber of Commerce did not respond to requests for comment.

Many companies have argued they are sponsoring this year’s Games to show support for the athletes, not China’s system of government.

In a July congressional hearing, where executives from Coca-Cola, Intel, Visa and Airbnb were also grilled about their sponsorship, Mr. Mulvaney said Procter & Gamble was using its partnership to encourage the International Olympic Committee to incorporate human rights principles into its oversight of the Games.

“Corporate sponsors are being a bit unfairly maligned here,” Anna Ashton, a senior fellow at the Asia Society Policy Institute, said in an event hosted by the Center for Strategic and International Studies, a Washington think tank.

Companies had signed contracts to support multiple iterations of the Games, and had no say over the host location, she said. And the funding they provide goes to support the Olympics and the athletes, not the Chinese government.

“Sponsorship has hardly been an opportunity for companies this time around,” she said.

Tue Mar 22 , 2022
Anyone who has been into London this week will know that the city is getting busy again. That’s not surprising; a poll of some of London’s most senior partners found they are overwhelmingly in favour of a return to the office. For many of them what’s at stake is nothing […] 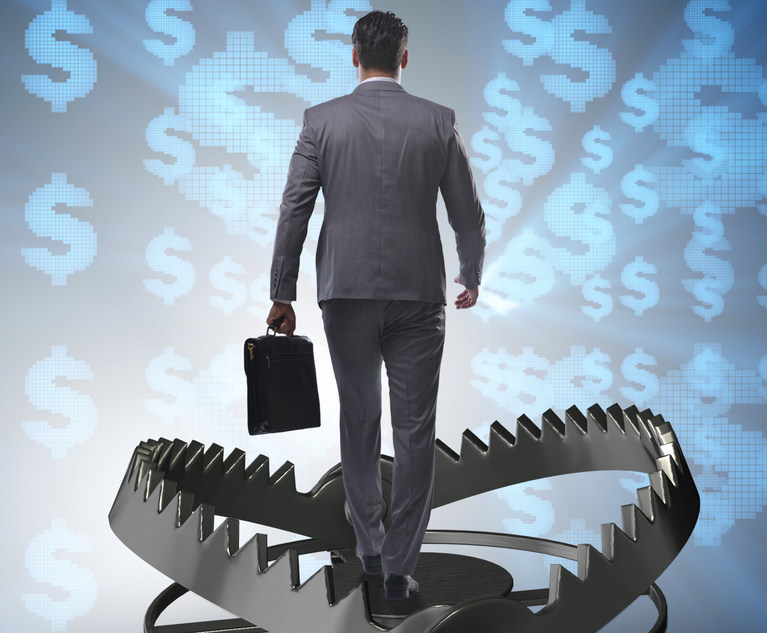