SACRAMENTO, Calif. (AP) — California Democrats on Tuesday took their first step toward abolishing the private health insurance market in the nation’s most populous state and replacing it with a government-run plan that they promised would never deny anyone the care they need.

But the proposal that cleared a legislative committee in the state Assembly is still a long way from becoming law. It faces strong opposition from powerful business interests who say it would cost too much. And even if it does become law, voters would have to approve a massive income tax increase to pay for it — a vote that might not happen until 2024.

Still, Democrats hailed Tuesday’s vote for jumpstarting one of their long-stalled policy goals and signaling they won’t back away from a fight even during an election year. In an hourslong hearing, some lawmakers and advocates assailed a health care industry they say has benefited corporate interests at the expense of consumers.

Ady Barkan, a 38-year-old married father of two, was diagnosed with ALS six years ago and now is mostly paralyzed. He testified at Tuesday’s hearing with the help of a computerized voice that spoke as he typed using technology that followed the movement of his eyes. Barkan said he has battled his private insurance carrier to get treatment he needed, including suing them to get a ventilator that keeps him alive.

“Even good health insurance, which I have, does not cover the cost of the care I need to survive,” he said.

To pay for everything, Democrats have introduced a separate bill that would raise taxes on businesses and individuals by about $163 billion per year, according to an analysis by the California Taxpayers Association, which opposes the bill. Voters would have to approve the tax hikes. Assembly member Ash Kalra, a Democrat from San Jose and the author of the proposal, said Tuesday it could be 2024 before that proposal made it to the ballot.

The bill that advanced on Tuesday would create the universal health care system and set its rules. It cleared the Assembly Health Committee on an 11-3 vote. Republicans voted no, arguing the bill would cost too much and pay doctors and nurses less, potentially worsening a shortage of health care workers.

“If government-run health care becomes law, millions of Californians will flee the state — either to avoid the $163 billion per year in new taxes or to escape the lengthy waits for care that will become the norm,” Assembly Republican Leader Marie Waldron said.

Even some Democrats who voted for the bill had sharp criticism for the proposal. Assembly member Autumn Burke, a Democrat from Inglewood, said advancing the bill without a funding source made a mockery of the process.

“This bill has been sold to my community that it is going to change thigs now and that it is free. And neither one of those things are true,” she said.

Business groups, led by the California Chamber of Commerce, said the government-run health care system would be so expensive that the tax increase still wouldn’t be enough to pay for everything. In 2018, California’s total health care expenditures totaled $399.2 billion, accounting for 13.2% of the state’s gross domestic product, according to an analysis by the Healthy California for All Commission.

“Completely abolishing the current system in face of unrelenting pandemic by annually taxing Californians hundreds of billions of dollars is not the solution,” said Preston Young, a policy advocate for the California Chamber of Commerce.

Kalra, the San Jose Democrat and the author of the proposal, said he knew opponents would focus on how much the plan would cost. But he said that argument distracts from the fact that Californians are already paying “the highest health tax in the world.”

“You may refer to it as premiums, deductibles, co-pays, denial of care,” Kalra said, saying none of those costs would exist under a universal health care system. “It’s clear as day they are being fleeced and far too many understandably feel helpless about it.”

A single payer system has been a staple of California progressive political rhetoric for decades. But it’s not been easy to accomplish in a state where most people pay for private health insurance through their jobs. In 1994, voters overwhelmingly rejected a ballot initiative that would have created a universal health care system. Another attempt passed the state Senate in 2017, but it never got a vote in the state Assembly.

Questions about how to pay for a single payer system have doomed previous plans. In 2011, Vermont enacted the nation’s first universal health care system in the country. But state officials abandoned it three years later because they said they couldn’t afford to pay for it.

Gov. Gavin Newsom promised to do it when he ran for governor in 2018, and voters elected him in a landslide. But in his first three years in office, Newsom has focused more on making sure everyone in California has health insurance — a strategy he said contains “the spirit” of a single payer system.

“When you’re governor, you’ve got to be in the ‘how’ business,” Newsom said. “I believe in a single payer financing model. The ‘how’ at the state level is the question that needs to be answered thoughtfully.”

Separation Between Big Law Elites and the Rest Is Intensifying

Fri Jan 28 , 2022
In Big Law, which was already showing obvious stratification in recent years, the elite and most profitable firms have pulled even further ahead in a dynamic only exacerbated by the pandemic. The residual effects of consolidation at the top of the industry can be seen in the current environment: the increasingly […] 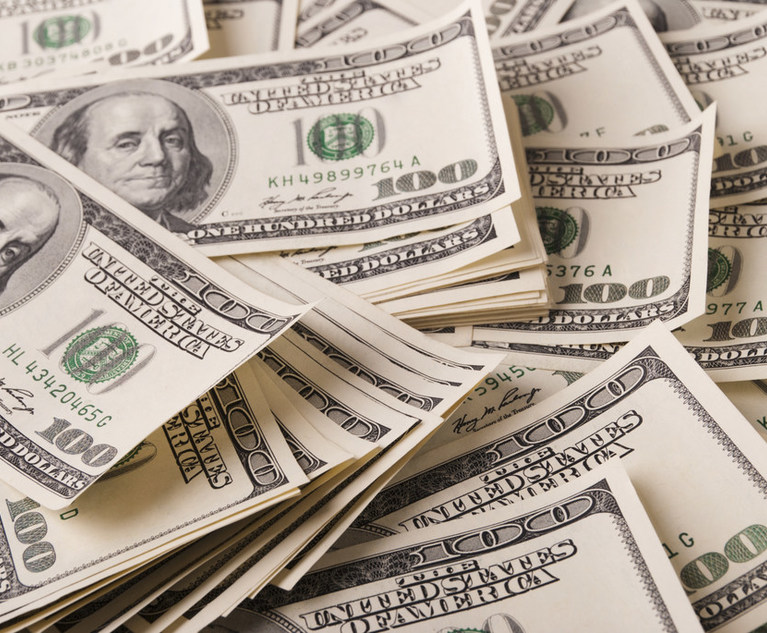