As COVID-19 upended office life, people and companies across the U.S. reconsidered their living and working arrangements, and many settled on South Florida for its lack of pandemic restrictions, good weather and low taxes. Law firms quickly followed, announcing new South Florida offices. That presents a host of opportunities and challenges for the region, facing rising rents and a lack of developable land.

Use this page to keep up with the latest news about South Florida migration. It will be updated as conversations continue.

The world’s largest law firm by revenue announced a Miami location by relocating three corporate partners from Chicago and one from New York.

The former Miami Mayor has developed a technology-focused legal practice since departing the Miami-Dade Board of Commissioners in November 2020.

While the firm hasn’t yet announced a Miami office, its recent hiring efforts suggest a strong interest in launching there. Sidley would be the second Am Law 100 firm to establish a presence in the Magic City this year, following King & Spalding’s January office launch.

The Manhattan-based midsize firm merged with an appellate boutique and a family law firm in Boca Raton, adding 11 attorneys and establishing a beachhead to grow real estate and transactional practices in the region.

“I anticipate activity will stay strong in South Florida as we continue to see strong population growth in all markets. South Florida will continue to do well in the war for talent,” said Greg Martin, principal and managing director of Avison Young’s Fort Lauderdale and Boca Raton offices.

The partners service national and global clients in a variety of industries, helping them obtain patents, defend patents, and avoid patent infringement.

The growing demand for faster delivery and large population growth in South Florida is putting pressure on industrial rental rates.

About 46% of Miami-Dade County’s registered investment advisors are along a one-mile stretch of Brickell Avenue, in what Ryan Holtzman in Cushman & Wakefield’s Miami office says cement the boulevard’s brand as “Wall Street of the South.”

‘South Miami Needs More Density’: This Plot of Land Has Increased in Value by $18 Million Since 2015

“South Miami needs more density since a lot of people are moving to the area,” said Pascal Nicolai, founder and CEO of Sabal Development and Sabal Luxury Builder. “Townhomes and condos are a good alternative to houses in the area which are expensive now.”

These Submarkets Are Catching Developers’ Attention

The sales reflect the continued bullish investment in South Florida by out-of-market buyers.

As Miami Becomes the Least Affordable Market in US, Residential Deals Could Get Tougher

“Miami is a great example in that, as more people are moving there and investors are taking up available properties, housing is going to become less affordable unless the market corrects itself or income growth catches up,” said Shane Lee, data scientist at RealtyHop.

“This is a different type of growth than from before. Today it’s people fleeing the Northeast, California, and ‘blue states’ with high taxes and political issues,” said Stephen Ross, chairman and founder of Related Cos.

Leasing activity across South Florida remains strong, paving the way for more growth as many new-to-market companies expand their footprint across the office sector.

As South Florida’s Office Market Transforms, Can Other Industries Keep Up?

“We have projects that are working around the clock, which is a very difficult task in this market,” said A.J. Mueller of ORIGIN Construction, who noted the subcontractor market is “really at capacity.”

“Some of the attorneys that I’ve dealt with in the Valley and even in New York really don’t know how to wrap their heads around it [cryptocurrency], and so I think there’s a real opportunity for our younger lawyers to distinguish themselves and differentiate themselves and become leaders in this space,” said entrepreneur Felice Gorordo.

“Demand in the investor market continues to be competitive and shows no sign of slowing down,” said Kleiner. “South Florida’s attractive but limited inventory and demand for newcomers continues to make for a robust rental market.”

“Over time, we will begin to see larger tenant requirements and that will lead to leases in the neighborhood of 100,000-200,000 square feet. Tenants that size will fuel investor confidence that spurs new development,” said Ryan Holtzman of Cushman & Wakefield.

“We’ve seen significant interest from some of the most desirable and prosperous buyers and tenants in the country, who are looking at Eighteen Sunset from both a residential perspective and as a ‘live-work’ opportunity in the heart of one of South Florida’s most desirable districts,” said Deco Capital Group founder Bradley Colmer.

“Our network of well-located final mile warehouses in strong markets, like the Miami region, are what set us apart from the competition and enable us to deliver value and continually meet the needs of both our customers and suppliers,” said Stephen Panos, Realterm senior vice president and fund manager.

Wall Street Lawyers and New York Asset Managers Want to Be in Miami—What About Their Law Firms?

Long before King & Spalding relocated 37 attorneys to Miami, partners at Wall Street firms have worked out of their South Florida homes. But despite a recent influx of Northeastern talent and clients, recruiters say the nation’s most profitable law firms may hold off on launching a Miami office until a direct competitor moves in.

‘The Capital of Capital?’ How Miami Mayor Francis Suarez Is Influencing Downtown’s Development

Miami is now No. 1 in the country for tech job growth and migration, according to Miami Mayor Francis Suarez, who said, “Whether we like it or not, our economy is becoming more tech based.”

Recent moves have brought a significant amount of investment capital and financial services into the metropolitan area. In the first three quarters of 2021, $2.4 billion in venture capital investments has flowed into South Florida startups, according to PitchBook Data. That’s about twice as much invested as in all of 2020.

Miami was the ideal destination for renters avoiding strict lockdowns in the Northeast and West Coast, which caused the city’s vacancy rate to decline 270 basis points, according to Marcus and Millichap’s 2022 U.S. Multifamily Investment Forecast Report. By the end of 2022, the vacancy rate is predicted to be at 2.3%, which will be one of the lowest levels in the country.

“Law firms really have to pay attention to what their employees are saying, what the market is saying, and they have to make the necessary changes to retain their talent. I think that is more important than acquisition at this point,” one South Florida attorney headhunter said.

“The sustained home sales growth speaks to domestic and global companies relocating to Miami to launch headquarters in tech and finance and bringing high-paying jobs; increased and continued migration to Miami from high-tax, high-density cities; and how this new-normal-work-from-anywhere ability boosts the allure of South Florida,” said MIAMI I Association of Realtors chairman Fernando Arencibia Jr.

$13.5 Million Sale Is the Latest Example of a Multifamily Surge in This South Florida County

Although 55% of the buyers are from the Northeast, California and South Florida, 45% are from outside of the country, including Mexico, Russia, Colombia and Turkey.

Atlanta’s biggest law firm will open its first Florida office in early February, moving 12 partners and 25 associates and counsels from offices across the country to Miami’s Southeast Financial Center.

‘Its Own Version of Wynwood’: Hialeah Is a Hotspot For Developers

Fueled by a population increase due to migration, and due to Hialeah being centrally located, the city is attracting both mom-and-pop stores and national chains. And chains that were once were afraid to invest in Hialeah are now giving it a second chance, according to J.C. de Ona, president of Centennial Bank’s Southeast Florida Division.

“Anywhere where there’s land, they are building there,” said Bill Kramer of Brinkley Morgan in Fort Lauderdale.

Sat May 21 , 2022
The Calcutta high court on Friday dismissed the employment of a state minister’s daughter in a government-aided school, and asked her to return the salary she had received during her 41-month tenure as a teacher. The single-bench court of Justice Avijit Gangopadhyay directed minister of state for education Paresh Chandra […] 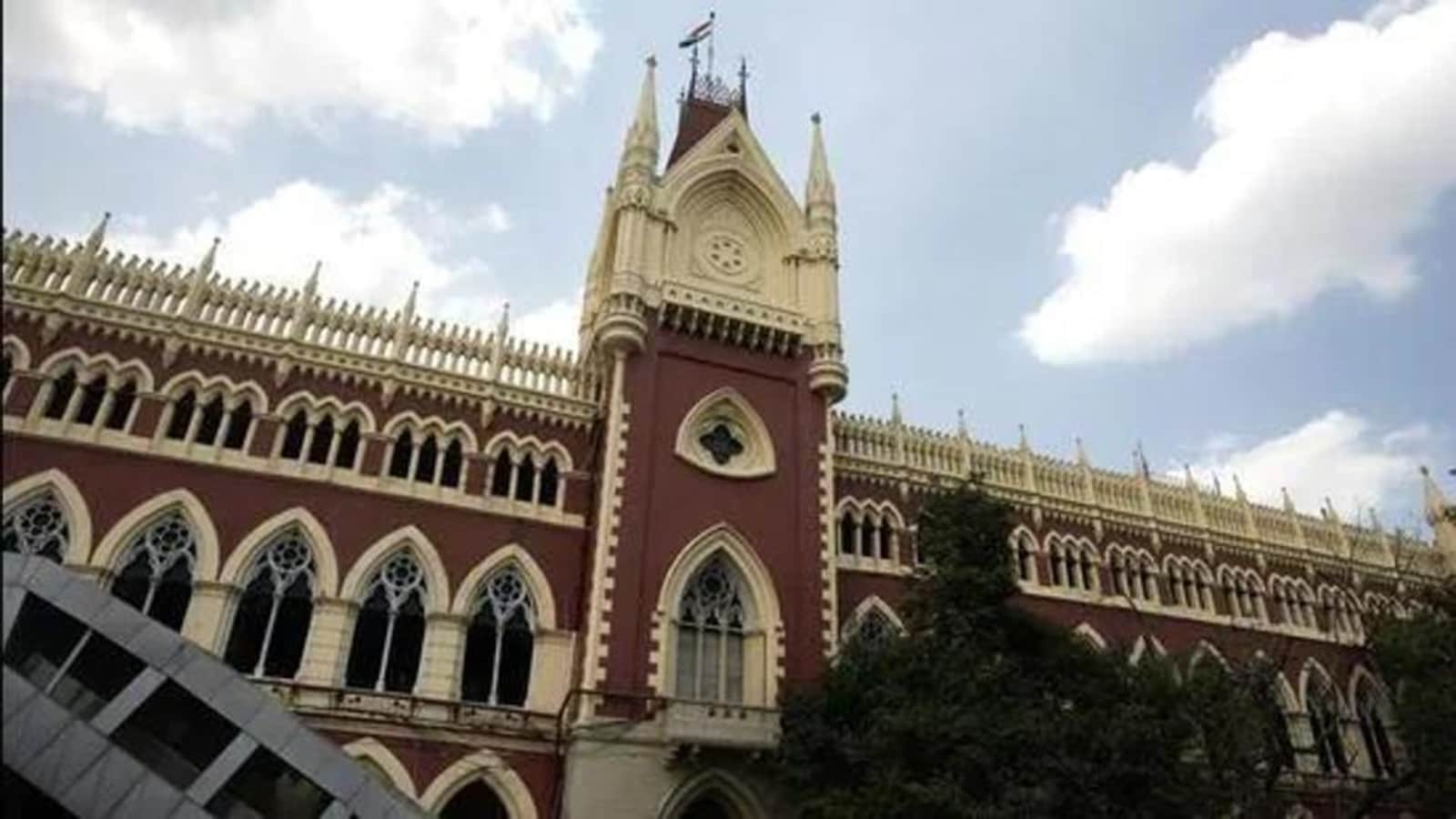