Under a temporary expansion of a key federal student loan forgiveness program for public service workers, thousands of jobs will qualify, and a million borrowers may ultimately benefit. Here are the details.

Last October, the Biden administration announced a broad, temporary new initiative to expand PSLF relief. Called the “Limited PSLF Waiver, the expansion will allow borrowers to get credit for periods of repayment that wouldn’t have qualified under the original PSLF rules. This includes past payments made on non-Direct federal loans (like FFEL loans and Perkins loans), as well as payments made under non-qualifying repayment plans. According to the Biden administration, 70,000 borrowers have already received $5 billion in student loan forgiveness under the waiver, and officials expect hundreds of thousands more to ultimately benefit from the temporary relief.

The employment requirements for the PSLF program remain largely unchanged under the waiver. But many borrowers may not fully realize the broad employment eligibility that already existed under the program. Coupled with the other changes to PSLF through the waiver, many jobs may now qualify for student loan forgiveness. Here’s a breakdown.

Full-time employment for any domestic government entity would qualify for PSLF as well, in most cases. This would include a government agency at any level (federal, state, or municipal) as well as public institutions, like public schools.

When PSLF was first enacted, religious-oriented work such as leading worship services or engaging in religious instruction was specifically excluded from PSLF eligibility, even if the borrower was a full-time employee of a 501(c)(3) nonprofit organization such as a church, synagogue, or mosque. However, new regulations that became effective as of last year expanded qualifying PSLF employment to include religious work.

Employment Position Does Not Matter

Unlike other federal student loan forgiveness programs, such as Teacher Loan Forgiveness or Perkins Loan forgiveness, PSLF does not limit eligibility to specific occupations or job titles. The employment requirements simply mandate that the employer itself qualifies. So for example, qualifying employment at a public school could include any number of professions including teachers, administrators, coaches, guidance counselors, and school nurses.

Under the PSLF Waiver, Relief Is Not Dependent on Current Employment

While the employment requirements for PSLF remain largely unaltered under the waiver, the Department did enact one important change. Under the original PSLF rules, borrowers were required to maintain qualifying employment until their loans were actually forgiven. But under the Limited PSLF Waiver, this is not the case. According to the Department, “Under normal PSLF Program rules you must be employed at a qualifying employer when you receive forgiveness. However, that requirement is waived until Oct. 31, 2022, as a result of this limited-time opportunity.”

How To Get More Information

The Education Department has revamped its online PSLF Help Tool, which allows borrowers to get a preliminary assessment as to whether their employment may qualify for PSLF.

To qualify for the Limited PSLF Waiver, borrowers may need to take certain actions by October 31, 2022. Borrowers interested in learning more about the waiver program should check out the Department’s detailed, dedicated website.

Mon Mar 28 , 2022
Florida property insurers may remember the strange case of Contender Claims Consultants and its associate, now-suspended Miami attorney Scot Strems. Back in 2019, it was the height of concerns about abuses of the state’s assignment-of-benefits law. Stories abounded about some public adjusters’ allegedly cozy relationship with restoration contractors, and about […] 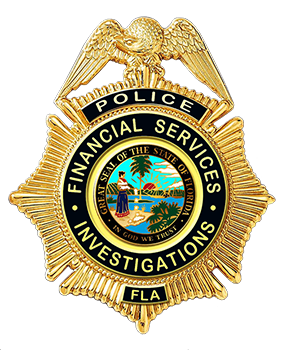