The Taliban administration in Afghanistan has announced that girls’ high schools will be closed, hours after they reopened for the first time in nearly seven months.

The backtracking by the Taliban means female students above the sixth grade will not be able to attend school.

A Ministry of Education notice said on Wednesday that schools for girls would be closed until a plan was drawn up in accordance with Islamic law and Afghan culture, according to Bakhtar News Agency, a government news agency.

“We inform all girls high schools and those schools that are having female students above class six that they are off until the next order,” said the notice.

Girls in Afghanistan crying after they were promised their schools would reopen only for the Taliban to lock them out again at the last minute. pic.twitter.com/SuoEpNLz5B

He would not immediately explain the reasoning, while education ministry spokesman Aziz Ahmad Rayan said: “We are not allowed to comment on this.”

“It’s very disappointing that girls, who were waiting for this day, made to return from school. It shows that Taliban are not reliable and cannot fulfill their promises,” Shukria Barakzai, an Afghan politician and journalist based in London, said.

“It shows that the Taliban is exactly the same as before – they are against girls’ education.”

A shortage of teachers

The education ministry acknowledged authorities faced a shortage of teachers – with many among the tens of thousands of people who fled the country as the Taliban swept to power after the West-backed government of President Ashraf Ghani collapsed.

“We need thousands of teachers and to solve this problem we are trying to hire new teachers on a temporary basis,” the spokesman said.

The Ministry of Education had announced last week that schools for all students, including girls, would open around the country on Wednesday – the first day of Afghanistan’s new school year – after months of restrictions on education for high school-aged girls.

On Tuesday evening a ministry spokesman released a video congratulating all students on their return to class.

An AFP team was filming at Zarghona High School in the capital, Kabul, when a teacher entered and said the class was over.

Crestfallen students, back at school for the first time since the Taliban seized power in August last year, tearfully packed up their belongings and filed out.

“I see my students crying and reluctant to leave classes,” said Palwasha, a teacher at Omra Khan girls’ school in Kabul.

“It is very painful to see your students crying.”

“We all got disappointed and we all became totally hopeless when the principal told us, she was also crying,” said a student, who was not named for security reasons.

The last time the Taliban ruled Afghanistan, from 1996 to 2001, it banned female education and most female employment. But after returning to power in August the group has promised opportunities for girls’ education and employment.

The international community has made the education of girls a key demand for any future recognition of the Taliban administration, which took over the country in August as foreign forces withdrew.

“If true, what could possibly be the reason?” she tweeted.

“We expect the Taliban government to allow all girls and boys across the whole country to resume their complete education cycle, in line with earlier public assurances they have given,” Jan Egeland, the NRC Secretary-General, said in a statement on Wednesday.

When the Taliban took over last August, schools were closed because of the COVID-19 pandemic, but only boys and younger girls were allowed to resume classes two months later.

The Taliban had insisted they wanted to ensure schools for girls aged 12 to 19 were segregated and would operate according to Islamic principles.

The Taliban have imposed a slew of restrictions on women, effectively banning them from many government jobs, policing what they wear and preventing them from travelling outside of their cities alone.

Even if schools do reopen fully, barriers to girls returning to education remain, with many families suspicious of the Taliban and reluctant to allow their daughters outside.

Others see little point in girls learning at all.

“Those girls who have finished their education have ended up sitting at home and their future is uncertain,” said Heela Haya, 20, from Kandahar, who has decided to quit school.

“What will be our future?”

Human Rights Watch also raised the issue of the few avenues girls are given to apply their education.

“Why would you and your family make huge sacrifices for you to study if you can never have the career you dreamed of?” said Sahar Fetrat, an assistant researcher with the group.

Get to know your friendly neighborhood flood adjuster 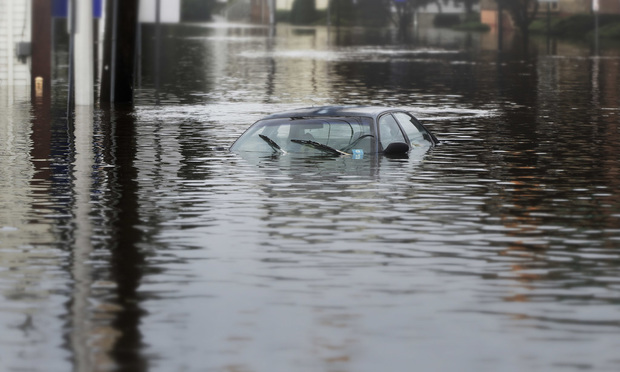