Scan through the Am Law 100 rankings and you won’t be surprised to find that most firms at the top have large and well-established corporate practices. Deals and transactions are the lifeblood of many major firms. They provide consistent work, command high rates and often generate work in other practice areas, including tax, antitrust, regulatory and executive compensation.

There are, of course, those that have made their hay on bet-the-company litigation, building a business on disputes and spinning off work to practice areas like intellectual property or national security.

Deal work and litigation are better able to stand on their own than most practice areas in a law firm, but for those firms that can integrate a top-shelf transactions practice and a leading litigation practice, the rewards are clear: an advantage in landing new clients, a powerful hook to keep existing clients and a heightened ability to maximize returns from both.

The dynamic between the two sides of the house, while beneficial when handled well, isn’t always simple to execute. Firms differ on the best way to position each tentpole offering to clients in order to produce the most effective service they can while also giving credit to the attorneys who are driving the business.

A closer look at firms that have managed to cultivate leading practices in both transactions and litigation offers a window into the opportunities a healthy partnership can create, as well as the challenges that can arise and impede true integration.

Developing a strong relationship with a client through litigation is a viable way to ingrain a law firm with its clients. Litigation can be all-consuming, and the trust established between attorney and client during intense disputes can create a strong bond that leads to clients asking for more high-quality service when they have other legal needs.

But when it comes to feeding other practices, most attorneys and industry observers say transactional work is the main attraction.

“There is a widely held perception that transactional practices tend to throw off work across the platform,” Kent Zimmermann, longtime legal consultant at Zeughauser Group, says. “The thinking is that there is the transaction and then there is other work such as tax, regulatory work, executive compensation, sometimes IP work—the list goes on.”

That perception is grounded in reality.

“If you look at the Am Law data, of the 12 firms that doubled their revenue between 2010 and 2020, 10 of them did it by doubling down on transactions,” Zimmermann says.

There are two other firms that went a different route, he notes, by focusing on litigation.

“It can be done, and litigation as a growth engine can be a powerful strategy, especially if it commands the firm’s best rates,” Zimmermann says

Transactions and litigation can both feed other practices, but which one is best positioned to support the other?

As the co-chair of Goodwin Procter’s complex litigation and dispute resolution practice, Deborah Birnbach works closely with her partners on the transactional side. On the whole, she says, transactions tend to feed litigation more than the other way around, although that isn’t always the case.

“Traditionally, M&A has fed litigation,” she says. “Although there are some litigation-focused firms looking to do the inverse.”

While deal work being the primary feeder may be the majority opinion, there are those that see a more even share in the partnership.

Neil Barr, managing partner at Davis Polk & Wardwell, a firm that is riding successful practices on both fronts to record heights, says one can think of the relationship between the two practice areas as a Venn diagram: certain elements overlap and feed each other, and other areas operate independently.

“It isn’t fair or accurate to say that one drives the other,” Barr says.

These days it’s rare to find a large public transaction that doesn’t face some sort of litigation. According to Cornerstone Research, the percentage of U.S. public M&A deals that saw some sort of litigation soared from 43% in 2007 to 82% in 2018, with the vast majority occurring in Delaware Chancery Court. Each deal challenged by shareholders faced an average of 3.1 suits.

But large public deals aren’t the only ones that need litigation support. At Goodwin, that support starts during the pitch meeting.

“From the beginning of the transactions, we have a litigator as part of the deal team,” Lisa Haddad, co-chair of Goodwin’s public M&A and corporate governance group, says. “Clients are not used to seeing a litigator until there is a problem, and we show the importance of having one from the beginning to mitigate problems from the back end. It is just like having someone from tax as part of the team.”

A few years ago, her firm decided to integrate its transactional and litigation groups more seriously, resulting in joint pitch meetings with clients as well as consistent contact between the teams to service the client.

Goodwin sees it as a differentiator relative to its peers, which the firm’s lawyers believe don’t offer the same level of synergy and integration between the two practice areas.

“I do get the sense that when we pitch M&A and transaction work, the client is not used to seeing that,” Haddad says of having a litigator in the room from the jump. “I think it’s an impressive way to show how we work in this integrated fashion.”

While litigation and transactions have always had overlap, the frequency with which litigators are involved in transactions—and the timing of their involvement—has changed over the years.

“More and more litigators are getting weaved into deal teams earlier and earlier,” Jim Carroll, the global head of Skadden, Arps, Slate, Meagher & Flom’s litigation and controversy practices, says. “I’d submit it is the litigator’s ability to spot problem areas that is valuable as deals have become more complex. That and the unfortunate reality that a high percentage of public company deals get litigated in some form or fashion.”

While the synergy that can occur between the two practice areas is quite visible, the execution of that partnership isn’t always in the cards. Stanton says that while many firms talk a good game when it comes to cross-selling, in her experience, few are actually very good at it.

“They talk about it, but they don’t put a lot of effort into it,” she says.

Firms often tell their partners to “go and sell the stuff,” she says, without having a great deal of support for that effort. And that leaves a lot of opportunities on the table.

“Cross-selling to current clients is much more profitable than trying to land new clients,” Stanton says.

But cross-selling isn’t the only barrier to law firms living in perfect harmony. The very structure of partner compensation, as well as the cultural composition of a firm, can also stand in the way.

“A lot of compensation systems work against collaboration because they focus on origination or don’t have a shared origination structure,” Stanton says.

Zimmermann agrees, saying the firms that have the most seamless cross-selling apparatus buttress it with a compensation model that encourages the behavior.

“Some of the firms that marry those practices the best do a great job of incentivizing, through their compensation system, working together across the platform to put the best team on the field,” he says.

Some firms use a scorecard methodology to not only track who brings a client in, but also which practices (and attorneys) are actually doing most of the work once the client is at the firm so they can compensate appropriately. The firms that have the most issues integrating transactions and litigation, Zimmermann says, are likely involved in internal negotiations around who gets credit for work, providing a level of uncertainty that prevents them from getting the right people in the right places for clients.

None of this is to say that successful firms can’t be leaders in just one or the other of these two most pivotal practices and still be remarkably profitable. Plenty of firms lean into one and simply utilize the other as a support structure.

Stephen Arcano, global head of Skadden’s transactions practices, says that while there is no “one model that is the secret to success,” he views collaborating with his colleagues in litigation as an advantage.

“To be able to provide integrated litigation advice during the transaction process is something that clients appreciate,” he says.

Mon Jun 13 , 2022
This week, the U.S. Senate passed the “Honoring our Promise to Address Comprehensive Toxics Act” (Honoring our PACT Act) to change how the U.S. Department of Veterans Affairs (VA) handles the cases of veterans exposed to burn pits. The bill contains proposals from members of the Florida delegation. The Senate […] 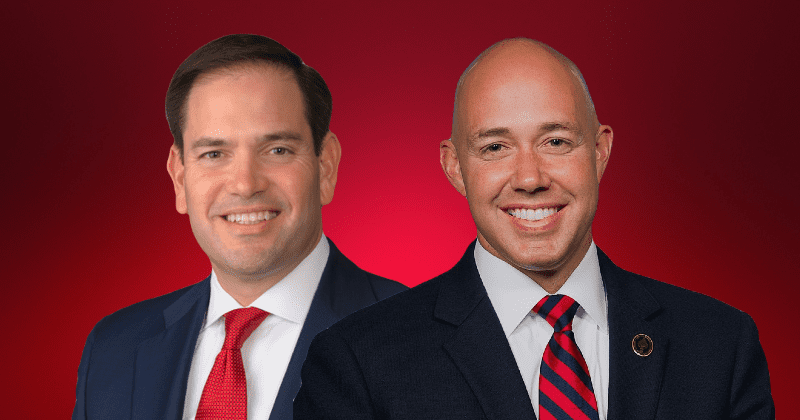