Ruling on a certified question of law from the U.S. District Court for the District of Colorado, the Colorado Supreme Court held this week that an individual claims adjuster cannot be held personally liable for statutory bad faith claims.

The plaintiff, Alexis Skillet, was involved in a car accident in July 2020. She settled with the at-fault driver and his insurer and she also filed a claim with her insurer, Allstate Fire and Casualty Insurance Co.

In response, Skillet filed a lawsuit in U.S. District Court for the District of Denver, claiming breach of contract, statutory bad faith, and common law bad faith claims against Allstate. She also accused Draine of personally violating Section 10-3-1116 of the Colorado Revised Statutes, which creates a cause of action for insureds whose insurance benefits have been unreasonably delayed or denied, according to the opinion.

According to Allstate, Skillet could not recover from Draine because Section 10-3-1116 only provides for a cause of action against a claimant’s insurer, not against the insurer’s employees, the opinion said.

In 2008, the General Assembly created two new provisions under “An Act Concerning Strengthening Penalties for the Unreasonable Conduct of an Insurance Carrier.” The first, section 10-3-1115 prohibits the unreasonable delay or denial of payment for a claim for insurance benefits. Section 10-3-1115(1)(a) says a person engaged in the business of insurance will not unreasonably delay or deny payment of a claim for benefits owed on behalf of any first-party claimant, the opinion said.

Skillet argued that these provisions allowed her to bring the suit against Allstate, but also “a person engaged in the business of insurance,” the opinion said.

Magistrate Judge Michael E. Hegarty noted uncertainty for both state and federal courts regarding the proper interpretation of the statutes.

In 2013, the Colorado Court of Appeals concluded in Riccatone v. Colorado Choice Health Plans that the statutes provide a cause of action only against an insurer and not against individual employees of an insurer, the opinion said. Meanwhile, the U.S. District Court for the District of Colorado ruled in the 2020 case Seiwald v. Allstate Property & Casualty Insurance Co., that the statutes could plausibly be interpreted to create a cause of action against an individual insurance adjuster, the opinion said.

The state high court sided with Allstate, finding action for unreasonable delay or denied insurance benefits under Colorado law may be filed against an insurer, but not against an individual adjuster acting solely as an employee of the insurer.

“In resolving that uncertainty, we note that Skillet is correct that section 10-3-1102(3) includes ‘adjusters’ among ‘persons.’ But that section does not make its definitions absolute,” Justice Melissa Hart wrote on behalf of the unanimous supreme court. “Rather, those definitions apply ‘unless the context otherwise requires.’ § 10-3-1102. Through sections 10-3-1115 and 10-3-1116, the context makes clear that first-party claimants whose insurance claims have been unreasonably delayed or denied may bring suit against their insurers, but not against individual claims adjusters.

Section 10-3-1115(2) explains what standards apply when assessing if an insurer’s delay or denial was unreasonable, but it does not provide insight for evaluating an adjuster’s conduct—leaving it without legislative guidance, Hart wrote.

Messages seeking comment were not immediately returned from Dylan Unger of Franklin D. Azar & Associates on behalf of Skillet, nor from Rebecca Wagner of Campbell, Wagner, Frazier & Dvorchak, who represents Allstate.

Mon Apr 25 , 2022
Now that Disney executives are supposedly running a “woke” company, thanks to the kerfuffle over Florida’s infamous “Don’t Say Gay” law, some conservatives have called for a boycott of all things related to The House of Mouse. Commentator Candace Owens, who demands a ban, called Disney “child groomers” and “pedophiles” […] 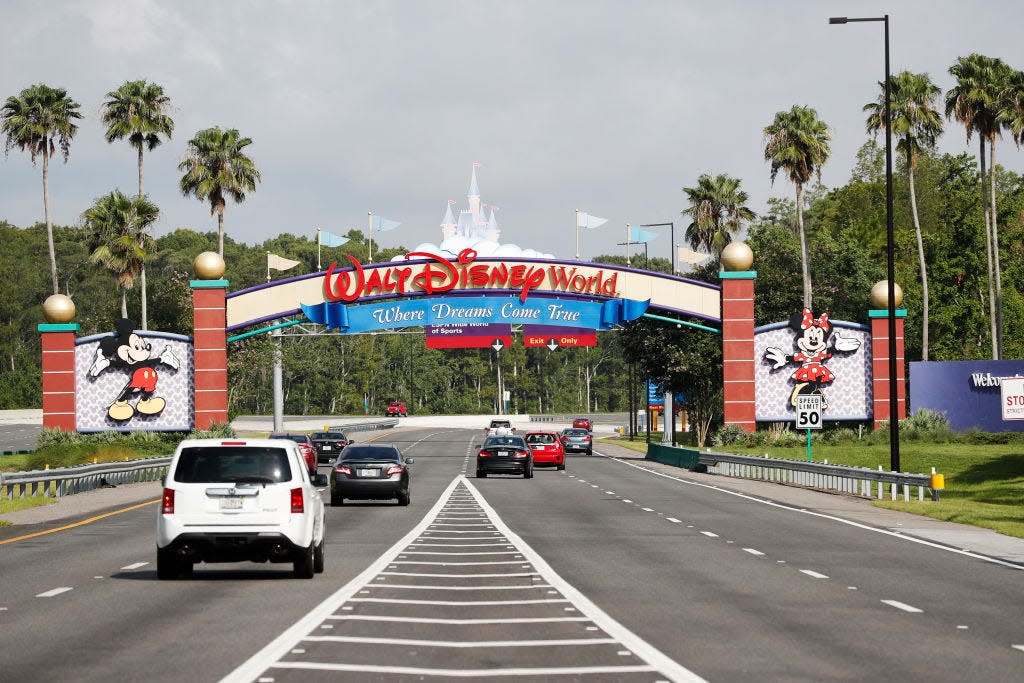