Konani Rasengane of Pinsent Masons said the Electricity Regulation Amendment Bill “steps in the direction of supporting South Africa’s long-held intention to introduce some much-needed competition to its electricity market.” The proposed changes were first envisioned in a 1999 white paper on reforming the country’s energy policy.

Political observers expect the Bill, which was unveiled by President Ramaphosa in his state of the nation address in February, to be implemented towards the end of 2022. The Department of Mineral Resources and Energy plans to introduce structural changes in South Africa’s electricity sector, separating all transmission-related activities from the distribution and generation functions of Eskom, the country’s state-owned public utility. It is understood that an independent state-owned transmission company would also be established.

In an effort to boost industry competition, the Bill would permit market transactions, physical bilateral transactions and regulated transactions – a move away from the traditional vertically integrated model applied to Eskom. A ‘transmission system operator’ (TSO) will also be created to manage a competitive electricity trading platform, allowing buyers and sellers to trade with each other on an hourly and daily basis.

Emma Roberts of Pinsent Masons said the TSO would “essentially enable an open market” and “provide a non-discriminatory trading platform that will likely encourage private offtakers to conclude power purchase agreements with independent producers.” But she warned that, while the current Eskom transmission subsidiary is expected to perform the functions of the TSO during a five-year transition period outlined in the Bill, it is “unclear” what would happen after that. “It is understood that this issue is being considered by the National Transmission Company South Africa – the entity that Eskom’s transmission business will soon be transferred to,” she said.

While currently only operations activities are licensed, the Bill would also introduce a new category of license for the construction of generation facilities as well as distribution and transmission systems. Roberts said: “the exemption from the obligation to hold a licence in terms of Schedule 2 to the Act only applies to the activity of ‘operation’. Accordingly, under the current proposed wording, a party would not be exempt from the obligation to obtain a licence to construct a generation facility regardless of the size and intended activity.”

The Bill also clarifies that trading – defined in the legislation as “the wholesale or retail buying and selling of electricity” – would be removed from a list of activities that automatically require a licence. Instead, ministers will be granted powers to issue a notice requiring individuals and businesses engaged in a specified category of trading to obtain a licence. Roberts said while it was a “welcome change” that a generator will no longer require a licence to sell electricity, the Bill “makes it clear that on-selling electricity purchased from a generator – even to intergroup companies – will be considered a trading activity”.

Under the terms of the Bill, minsters will also be able to determine a tariff, a maximum tariff or a guideline tariff for a particular generation technology as part of the procurement process. “This introduces the possibility of set feed in tariffs being used in procurement programmes,” Roberts said. “But it is unclear how this will work alongside the value-for-money assessment contained in separate regulations governing new electricity generation. This change would not apply to direct supply agreements in place outside of the government led programmes,” she added.

Rasengane said: “Another interesting takeaway are the developments in respect of National Energy Regulator of South Africa (NERSA). The Bill will see NERSA becoming the custodian and enforcer of a new national electricity regulatory framework. It is important to note that the Bill permits NERSA to apply or impose penalties in the event that generation facilities, for own use or those intended to supply electricity to customers following the conclusion of direct supply agreements, do not become operational within the prescribed period.”

“Having regard to the definition of ‘direct supply agreements’ in the Bill, it would appear that under government led IPP procurement programmes, NERSA is not empowered to impose a similar penalty nor is NERSA entitled to impose any such penalty in relation to agreements for the supply of electricity concluded with distributors or traders. NERSA will now not only mediate disputed matters between generators, transmitters, distributors, customers or end users – but also arbitrate such disputes between the aforementioned parties, including traders, system operator and any other licence holder,” Roberts said.

Sat Mar 19 , 2022
Wednesday, February 9, 2022 Lindsey Bombardier is the Director of Business Development and Marketing at Lenczner Slaght. She manages a talented group of professionals and works closely with the firm’s management committee, lawyers and business team members to enhance client development and drive brand awareness. She is also responsible for internal communications […] 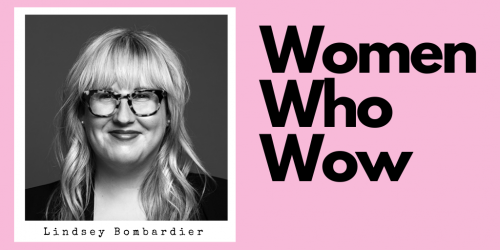