The Social Security Administration is expanding a pandemic service to taxpayers that it had restricted to just one hour a day, allowing drop boxes at its closed field offices to accept sensitive documents and forms for more hours as it eases toward opening some facilities.

The agency is putting the workaround in place while its network of 1,230 local offices remain closed until at least mid-April, apart from a smattering of in-person appointments.

Most Social Security employees have been working from home since March 2020. But officials say they are trying to improve assistance to low-income elderly and disabled people who rely on their local Social Security offices to navigate one of the government’s most complex systems of subsistence benefits.

The agency announced this month that it reached agreement with its major unions to begin a return to the office this spring. Bargaining over the timing of the move was contentious for months, officials on both sides acknowledge.

The deal followed criticism from advocates for the disabled and members of Congress about Social Security largely closing its doors while most government offices opened months ago or never closed to the public during the pandemic.

Field offices are expected to reopen for appointments and walk-in visits that are crucial for disabled and elderly claimants who have trouble negotiating the internet and the phone. Many details are unresolved, including how many days the field staff will continue to work from home.

Administrative law judges who hear appeals of denied claims for disability benefits — and are now conducting hearings on the phone or through videoconferencing — will resume in-person work in May and June, the agency said.

The Washington Post reported in December that Social Security had dramatically curtailed its public services during the coronavirus pandemic.

Absent open offices, the agency was depending on the public leaving birth certificates, divorce records, green cards and other primary documents required for them to verify their identities in drop boxes that were open as little as one hour a day.

Forty percent of field offices provided no boxes at all. The agency originally told The Post the number was 20%.

“We are in the process of expanding both the number of offices with drop boxes and the hours those drop boxes are available to align with the local office’s hours (normally 9 a.m. to 4 p.m.),” Mark Hinkle, a Social Security spokesman, said in an email.

Documents and forms must now be scanned by managers into computer systems that in some cases still run on computer language that debuted half a century ago, then assigned to claims processors working from home. Original documents must be returned to claimants.

Advocates say that loop is not always closed quickly or at all.

For months, congressional Republicans had pressured Social Security to improve service and return its staff to providing it in person. Concern expanded last week to include Senate Democrats, who demanded answers from acting Commissioner Kilolo Kijakazi to how the agency plans to “provide timely and quality service to the public” during the pandemic.

“An incorrect denial of benefits or inaccurate payment can be the difference between a beneficiary having a home or being evicted, or whether or not they can afford their prescription drugs,” Senate Finance Committee Chairman Ron Wyden, D-Ore., and Special Committee on Aging Chairman Robert Casey, D-Pa., joined by another 15 senators, wrote in a five-page letter to Kijakazi.

The letter cited The Post’s reporting on the agency’s struggles to serve disabled and low-income elderly taxpayers with its field offices closed.

The senators noted that a workaround offering in-person appointments to those with what Social Security terms “dire needs” is leaving out at-risk groups, cited a “large and growing backlog” of cases pending at state agencies that conduct medical reviews for Social Security and asked Kijakazi what she is doing to address a substantial, pandemic-related decline in applications for disability benefits.

Hinkle declined to comment on the letters from members of Congress, saying that Kijakazi “responds directly” to them.

The Post report focused in part on Mariann Clouse, a 21-year-old in Nashville with a terminal and degenerative neurological disease known as Juvenile Huntington’s, whose lawyer filed a claim last May for a rare compassionate allowance that would give her a monthly disability benefit. As a result of the report, Clouse was seen last week by a Tennessee physician who does medical exams for Social Security, her lawyer said.

“It takes a while from there,” Ann-Douglas Tycer, who represents Clouse, said. “No one is in a hurry but Mariann.”

The Post also highlighted the efforts of Beth Bates, a legal services attorney in Jackson, Tenn., to appeal for disability benefits for a client with degenerative disk disease, breathing problems and borderline intellectual function who had twice been turned down.

The woman’s appeal had stalled for more than a year while the state searched for a psychiatrist to conduct a required exam. After The Post’s report, an administrative law judge notified Bates that her appeal was successful.

Bates said her client will receive back pay to 2017. Her first disability check is expected in February.

The pending addition of drop-box hours and locations is an improvement of a workaround that itself began deep into the pandemic, advocates say.

Social Security Administration spokesman Hinkle said other efforts also are underway to improve access in the field. The staff has almost tripled the number of 15-minute in-office appointments it provides for “dire need” circumstances.

The agency said it continues to modify procedures to eliminate red tape, by allowing applicants to use some secondary evidence and more online forms, and to attest in lieu of signatures in some cases.

But advocates continue to point to problems created by the field office closures, particularly the plummeting number of people eligible for aid but not applying because the system is now too complicated.

Despite the nosediving number of claims, the state agencies that handle medical exams for Social Security are on track to end January with 1 million pending applications, according to an analysis of federal data by Stacy Cloyd of the National Organization of Social Security Claimants’ Representatives. That is a 27% increase from the same time two years ago.

Attrition, the shift to remote work and a shortage of physicians willing to see claimants in person are causing the delays, advocates said.

The advocates have a meeting scheduled Monday to discuss with agency officials a range of proposals they have made to halt punitive policies affecting disabled and elderly beneficiaries until person-to-person service fully resumes.

Their most significant request is to resume the suspension of a process called continuing disability reviews. The agency has the right to determine if someone’s medical condition has improved, then potentially reduce benefits.

These reviews became controversial during the Trump administration, when then-commissioner Andrew Saul proposed making them more frequent, suggesting fewer benefits were needed. But Saul agreed to suspend the reviews at the start of the public health crisis, then resumed them after six months.

“If they’re going to serve the public with the field offices closed, it should be in a helpful way to keep the focus on things that help people maintain benefits,” said Michelle Spadafore, who directs the Disability Advocacy Project at the New York Legal Assistance Group. “They should put the things that suspend benefits on the back burner.”

Her organization joined other advocates in October in a class-action lawsuit against Social Security on behalf of five disability recipients that claims the closed field offices prevented them from reporting any financial changes. When the agency sent notices to thousands of people telling them their benefits were going to be reduced because they were being overpaid, the plaintiffs claim, they did not have a meaningful chance to contest the change.

Mon Jan 31 , 2022
Sign up for The Brief, our daily newsletter that keeps readers up to speed on the most essential Texas news. The Texas labor market appears to have rebounded from the pandemic, with rapid population growth driving a demand for jobs. The state ended 2021 with about 13.06 million nonagricultural jobs […] 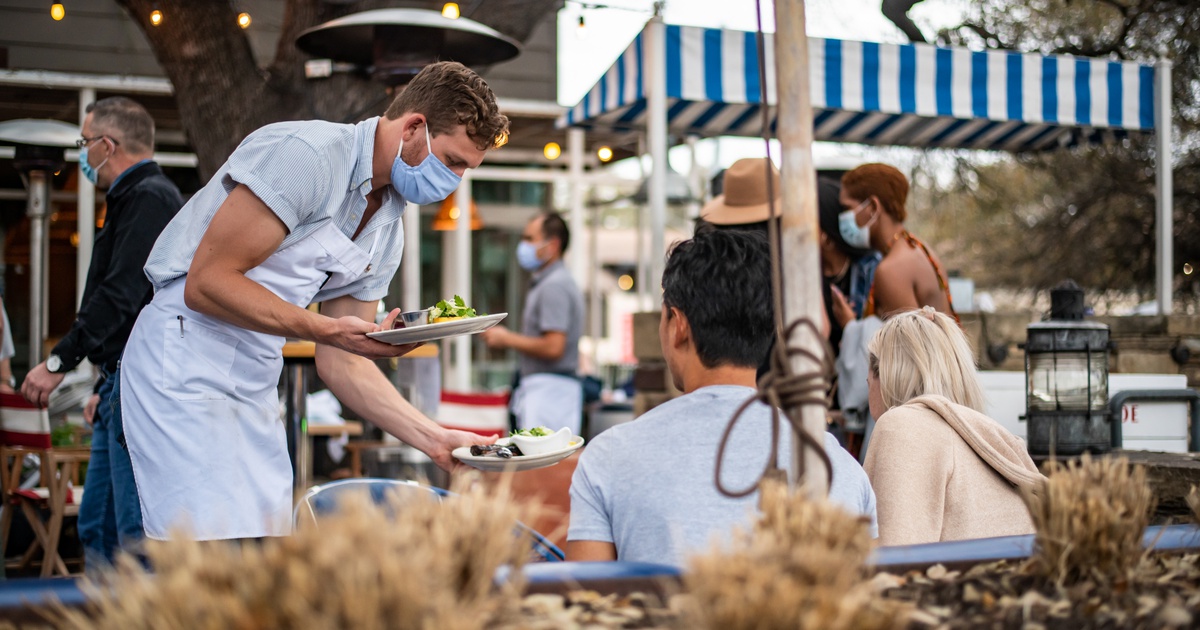