Six Penn State communications students — one representing each major in the Donald P. Bellisario College of Communications and an overall honoree — have been selected as student marshals for spring commencement exercises, which are scheduled May 7 at the Bryce Jordan Center.

Overall
Jade Campos, a consistent Dean’s List student, complemented her journalism degree with minors in French and media studies. A Schreyer Honors Scholar, she was also selected to the Presidential Leadership Academy and served as a Bellisario College Fellow. Campos earned a Bunton-Waller Fellowship to support her studies, and her numerous awards and scholarships included the Evan Pugh Scholar Award and the President Sparks Award as well as serval scholarships from the Bellisario College.

Campos served as editor-in-chief of The Daily Collegian and as a news editor and lifestyle editor. She was a member of CommRadio, serving as arts and entertainment director, and was a member of the social media team for CommAgency. She also participated with the Blue Band as a member of the silks throughout her time at the University. Her various internships included positions with WPSU Radio, the Pittsburgh Post-Gazette and The Virginia Connection.

Advertising/Public Relations
Grace Puy achieved Dean’s List status every semester during her undergraduate career and earned numerous scholarships and awards for her academic accomplishments. Among those were the Student Leadership Scholarship, the Evan Pugh Scholar Award and the President Sparks Award.

Along with her bachelor’s degree, Puy added a minor in recreation, park and tourism management and a certificate from the Smeal College of Business in business fundamentals. She also served in leadership roles for the Student Programming Association, Opulence Drag Ambassadors, the Movin’ On music festival and Homecoming.

Puy completed four internships, including positions with the Bryce Jordan Center in ticketing operations and with Degy Entertainment as a member of the company’s virtual event staff. She plans focus her career on opportunities in events and live entertainment.

Film Production
Zi Ye was a consistent Dean’s List student and completed an internship with the College of Arts and Architecture as a photographer and videographer. She also served as a photographer for CommAgency. She was part of a film production team that earned an honorable mention for its work in 2021 and this year she served as director of photography for a senior film.

Ye, who came to Penn State from China, also served as director of media and marketing for the Chinese Student Association at Penn State Altoona, helping plan many cultural events on campus. In the fall she will begin her graduate studies at the University of Southern California in Los Angeles.

Journalism
Rachel Rubin, who achieved Dean’s List status every semester during her undergraduate career, completed a major in digital/print journalism with a minor in history and education policy. She earned numerous scholarships and awards, including the President’s Freshman Award, and was selected as a member of three honor societies — Kappa Tau Alpha, Phi Alpha Theta and Phi Eta Sigma.

Her internship and real-life experience includes an internship with the College of Information Sciences and Technology at Penn State, work as a marketing and communications specialist for BMG Social, and an investigative reporter position for a research project at Hershey Medical Center focused on diabetes prevention.

Rubin served a leader of LEV, a special interest organization benefiting the Penn State Dance Marathon, as well as a volunteer for several nonprofit organizations. She was also a member of Penn State Mock Trial and a Bellisario College mentor. After graduation, she will be attending law school at Fordham University — putting her storytelling skills to use in different venue — with a goal of practicing law in Manhattan.

Media Studies
Megan Bunke was a consistent Dean’s List student who completed a double major with media studies and psychology. She served as a teaching assistant for a psychology course and was selected as a member of Golden Key International Honour Society and the Phi Beta Kappa Honor Society.

In 2021, she completed an internship in the human resources department of Dot Foods. On campus, she was a member and leader of the K-pop Music and Dance Club and a member of cheerleading. Megan plans to complete a post-graduate internship before moving into a full-time position.

Telecommunications
Michael Smedley was a Dean’s List student every semester as he completed his telecommunications degree, as well as a BFA in theatre design and minors in music technology and business law. He also added a certificate in business fundamentals.

Among his many awards and scholarships, Smedley earned the Evan Pugh Scholar Senior Award and was named to Phi Beta Kappa Honor Society. He served as a console operator and stagehand at the Bryce Jordan Center and was the season-long sound designer and mix engineer at Ozark Actors Theatre in Rolla, Michigan, which was honored for best sound design by BroadwayWorld.com. He also played in integral role in shaping the sound mix inside Beaver Stadium in 2020, when Penn State played without fans in the stadium.

Smedley, who is legally blind, planned to join a band and travel the country as a sound engineer after graduation, but he recently accepted a position with Disney and will move to Orlando in June to help design what people hear when they visit the company’s theme parks.

Thu Apr 21 , 2022
(Reuters) – January may be cold and gray, but as a longtime legal business reporter/geek, I look forward to it every year. That’s because it’s when we start finding out how law firms fared financially the year before. FisherBroyles gave me an exclusive peek at its 2021 numbers, and I […] 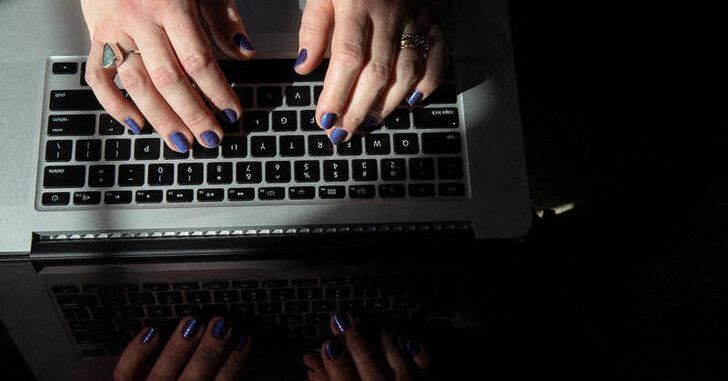