Cryptocurrency investments in Indonesia have seen considerable growth between 2020-2022, with 4% of the country’s population having invested in crypto.

This growth has formed a new mindset toward crypto investment, especially in the mainstream media. One example of cryptocurrencies’ growing appeal in the mainstream is the participation of Indonesian celebrities and influencers.

Celebrities and influencers in Indonesia seem to have become much more involved in Indonesia’s crypto investment industry since 2021.

Many have become brand ambassadors for exchanges and crypto projects to help promote them and essentially raise the trading volume.

The participation of individuals such as Joe Taslim, an Indonesian actor that has gone global, and Indonesian models and actresses Jessica Iskandar and Shandy Aulia might not be surprising, considering celebrities’ inescapable presence in advertising and branding.

Some celebrities have even created their own cryptocurrency.

The trend of celebrity tokens has boomed, especially after one of the most prominent musicians in Indonesia, Anang Hermansyah, created his own token.

Asix is led by Anang Hermansyah, a prominent figure in Indonesia’s music industry.

VCG went viral thanks to a partnership with RANS Entertainment. This company is owned by Raffi Ahmad and Nagita Slavina, a married couple who are prominent movie stars and business figures in Indonesia and were recently nominated as the Sultans of Contents by Forbes Indonesia.

I-Coin was created by Wirda Mansur, a public figure and daughter of a renowned Indonesian Islamic cleric.

The name of celebrities supporting them and their marketing team has made their token viral and gotten a lot of fear of missing out, or FOMO, from Indonesia’s newbie investors.

But, long before these, the trend started with an influencer named Indra Kenz, who created his own token with his team named Botxcoin (BOTX).

BOTX, an Ethereum-based project that plans to be a decentralized social trading platform, launched in 2021.

BOTX is the first celebrity token in Indonesia and its goal is to become the first decentralized copy trading platform for crypto in Indonesia.

Following its launch, influencers seemed to pay more attention to the growing blockchain and crypto trend. The trend led to an array of influencers talking about cryptocurrency on their own social media.

Because of the booming crypto and NFT trends, influencers and celebrities have started creating their own NFT and cryptocurrency projects.

One Indonesian celebrity who created their own NFT Projects and went viral globally was Syahrini, an Indonesian singer and socialite.

Under the pseudonym Princess Syahrini, she created an NFT collection and sold them on Binance’s NFT marketplace. It was reported that her “Syahrini’s Metaverse Tour” NFT collection sold out after just eight hours of being listed.

Another prominent figure in Indonesia’s entertainment industry that created their own NFT project was actress, model and singer Luna Maya.

She launched her collection consisting of just 10 NFTs with Tokau, a Japan-based art company that has NFT creation experience.

Her collection was sold on the BakerySwap NFT Marketplace and caught a lot of attention, including from Changpeng Zhao, CEO of Binance.

The trend continued with more celebrities in Indonesia exploring, promoting and creating their own NFT projects.

They promoted one of the most successful NFT projects in Indonesia that went global, “Karafuru,” which has a current trading volume of 37,200 Ether (ETH).

With the runaway hype of celebrities creating their own NFT and crypto projects, regulators are stepping in to protect investors.

The Commodity Futures Trading Regulatory Agency, also known as BAPPEBTI, is currently giving warnings to celebrities to get their projects approved in the Indonesia legal crypto list before promoting them.

BAPPEBTI, which is responsible for regulating crypto in Indonesia, warns that there are only 229 cryptocurrencies that are legal to trade and transact in Indonesia.

By that warning, BAPPEBTI wants investors to understand that buying or selling celebrity-created tokens in Indonesia is not yet legal. The warning comes from a Twitter thread, originating when new investors began pouring money into viral celebrity tokens:

As of right now, most of the illegal cryptocurrencies have not been fined or given any sentences because most of them are in talks with BAPPEBTI. BAPPEBTI is open to new crypto to be legal in Indonesia, as long as they want to comply with the requirements and processes to be legal and be supervised under the agency.

Currently, there hasn’t been any talk of banning these tokens from the government but rather an invitation for these tokens to be listed as a legal commodity in Indonesia.

BAPPEBTI has also worked with its committees such as the Indonesia Blockchain Association to help create a better environment for crypto in Indonesia, especially with the rise of celebrity tokens.

Coinvestasi has successfully gotten a comment from the aforementioned committee around the topic of celebrity tokens.

The comment directly came from the chairwoman of Indonesia Blockchain Association. She stated:

This statement clearly shows that the government wants the best for crypto investors and creators in Indonesia. It can be concluded that Indonesia’s government supports the growth of cryptocurrencies as long as it is done in a regulated and safe manner.

The trend of celebrities and influencers joining up to create and promote crypto projects has made Indonesia’s crypto landscape bigger.

Data showed that the growth has been exponential, reaching more than 100% growth in transaction volumes since 2020, largely supported by retail investors.

Institutions also became interested, as evidenced by their participation in funding and investing in blockchain or crypto-related projects.

Major business conglomerate Sinar Mas supported the launch of a new cryptocurrency named NanoByte (NBT), which has Tokocrypto exchange as its partner.

Nanobyte is a token created by an exchange that also plans to be integrated into the current fiat payment system, integrating with e-money and credit cards in Indonesia. This is to help investors and holders use their crypto wallets and NBT to pay for their everyday needs.

Another example is BRI Ventures, the venture arm of one of Indonesia’s leading government-owned banks, which created an accelerator that acts as an incubator for Indonesian blockchain companies to grow globally.

These projects could trigger a domino effect among Indonesian financial institutions to invest in the blockchain or crypto sector.

But, this also pressures regulators to develop new regulations to support the growth so that Indonesia does not get left behind.

A Dangerous Place to Be Latino

Tue Apr 5 , 2022
This article appears in the April 2022 issue of The American Prospect magazine. Subscribe here. HOUSTON – Christmas was around the corner, and he needed money for gifts. As he sized up the job, though, he was worried. There wasn’t the right equipment to climb the tree and he also […] 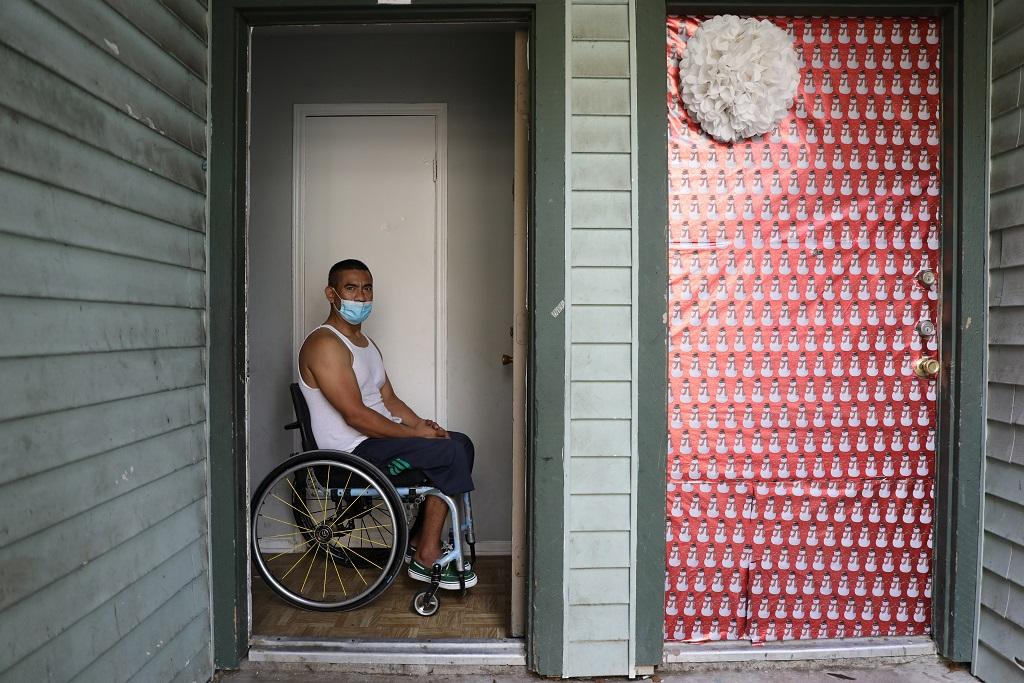