The 35-6 vote eliminates the Certificate of Need program, long criticized by free market Republicans, and sends the bill to the House.

The issue wasn’t on many observers’ radar when the session began, but the Senate acted swiftly for its part, fending off any attempts to keep parts of the program by supporters — such as the South Carolina Hospital Association — who say it protects health care in rural areas and can prevent hospitals from overspending because of competition.

The repeal’s most enthusiastic supporters came from rapidly growing areas like Horry County and the suburbs just south of Charlotte, North Carolina. Groups there have been unable to convince state regulators and the courts that a hospital is needed to serve the area.

The Certificate of Need law requires permission from the state Department of Health and Environmental Control to build or expand hospitals or to buy expensive equipment like MRI machines. Supporters, including hospital systems across the state, said the rules save money by avoiding costly duplication of services, encourage health care to locate or stay in rural areas and assures care offered is the highest quality. Fifteen states have repealed their programs, which were mandated by the federal government in the 1970s.

The six senators who voted against the repeal said they were worried that already dismal health care options in rural areas would get worse.

“I hope I’m wrong about what this repeal will do,” said Sen. Kevin Johnson, D-Manning, who said he was asked to vote no by his local McLeod Health Clarendon hospital, which fears a glut of competition will run the hospital out of business and those competitors would then leave rural areas themselves.

But the bill did get some Democratic support. “It is impossible for it to get worse when you have no hospitals,” said Sen. Mike Fanning, who represents rural Fairfield and Chester counties.

The bill’s main sponsor, Sen. Wes Climer, R-Rock Hill, said the mergers of hospital systems across South Carolina and the COVID-19 pandemic turned the tide on repealing the law.

Before, any medical business had to hire a consultant to help go through the Certificate of Need process, plus a lawyer to read over the paperwork, and — if they won a certificate — even more lawyers to fight the inevitable appeal of the decision, Climer said.

“All you have to do now is raise the money and go build,” he said.

If the repeal becomes law, 28 projects worth more than $1 billion that are currently tied up after initial approval would be free to be built. They range from a 98-bed hospital in rapidly growing Lancaster County to nine new bassinettes in a newborn intensive care unit in Charleston, according to information Climer gave senators.

Thirty-four projects awaiting permission wouldn’t need it anymore, including 10 different businesses that want to be able to spend $70,000 each to to give intravenous drugs to people in their homes in the state’s most rural counties.

“There is a widespread desire for competition in medicine,” Climer said.

Certificate of Need nearly died in 2013 when then-Gov. Nikki Haley vetoed from the state budget the $2 million officials used to run the program. Hospitals sued, saying lawmakers never voted to end the program, and the state Supreme Court ruled in 2014 that it should continue.

The House has passed bills that curtail the program before, but never one that ended it outright.

Democrat Kevin Johnson said he wishes some of the Republicans so enthusiastic about ending Certificate of Need would join them in a different health care proposal.

“If you really want to improve health care for South Carolinians, the best thing you can do is expand Medicaid,” Kevin Johnson said.

Mon Jan 31 , 2022
The Social Security Administration is expanding a pandemic service to taxpayers that it had restricted to just one hour a day, allowing drop boxes at its closed field offices to accept sensitive documents and forms for more hours as it eases toward opening some facilities. The agency is putting the […] 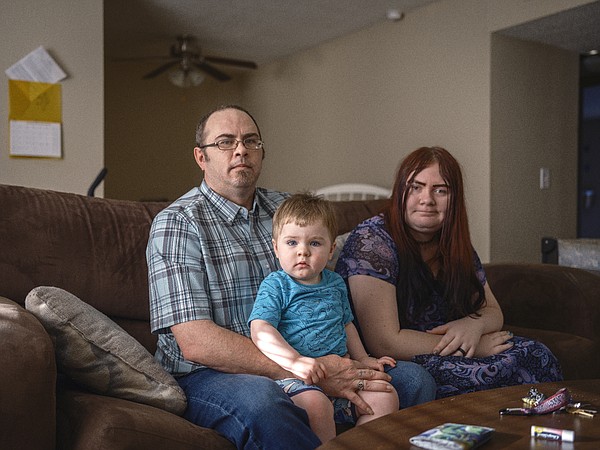