Congress general secretary Priyanka Gandhi Vadra on Monday said if her party comes to power in Goa after the upcoming elections, Rs 500 crore from the government fund would be allocated for employment generation and there would be 30 per cent reservation for women in government jobs.

Addressing a public meeting in Nuvem Assembly constituency of Goa ahead of the state polls scheduled on February 14, Gandhi also said that a staff selection commission would be formed to get rid of “scams” in government jobs allocation.

Referring to the Congress’ manifesto released on Sunday for the Goa polls, Gandhi assured 30 per cent reservation for women in the state government jobs.

She also said Rs 500 crore from the government fund would be allocated for the creation of jobs. Under the Nyay scheme, families from weaker sections will be given Rs 6,000 per month which will help them sustain and also inject money into the economy, she said.

The Congress has assured to build hostels for working women in Margao and Panaji and increase the number of police stations supervised by women. The party has also announced that the prices of petrol and diesel would not be allowed to rise above Rs 80 per litre, and the party government will subsidise the remaining amount. Notably, the Congress had emerged as the single largest party in the 40-member Goa Assembly after the 2017 state polls, but the BJP then forged an alliance with some regional outfits and independents to form government.

Referring to the upcoming Uttar Pradesh Assembly polls, Priyanka Gandhi reiterated that the Congress would give 40 per cent of its tickets to women in UP. “You know that I have been working very hard to bring women into the political process. In Uttar Pradesh, we have said that 40 per cent of the women will fight the elections. There are two-three reasons were are doing this. Women comprise 50 per cent of the population, so it is their right to have 50 per cent representation,” she said.

Gandhi said this is not something being done as a favour (giving representation to women). “It is our right. We have to fight for our right,” she said.

“More than that, I feel politics today is filled with hatred, anger. You hear speeches, 90 per cent of them are negative. There is no positivity in it. I firmly believe that we women being practical people, we can bring positivity and compassion in politics as well. Women should be helped to stand on their feet,” she said.

Carlsbad artist finally frames the life of her dreams

Fri Feb 11 , 2022
70-year-old artist launches new career and turns her first painting into a profit. CARLSBAD, Calif. — Most people have a dream of something they wanted to do with their life but never got around to it. In this Zevely Zone, I went to Carlsbad to profile the brand-new career of […] 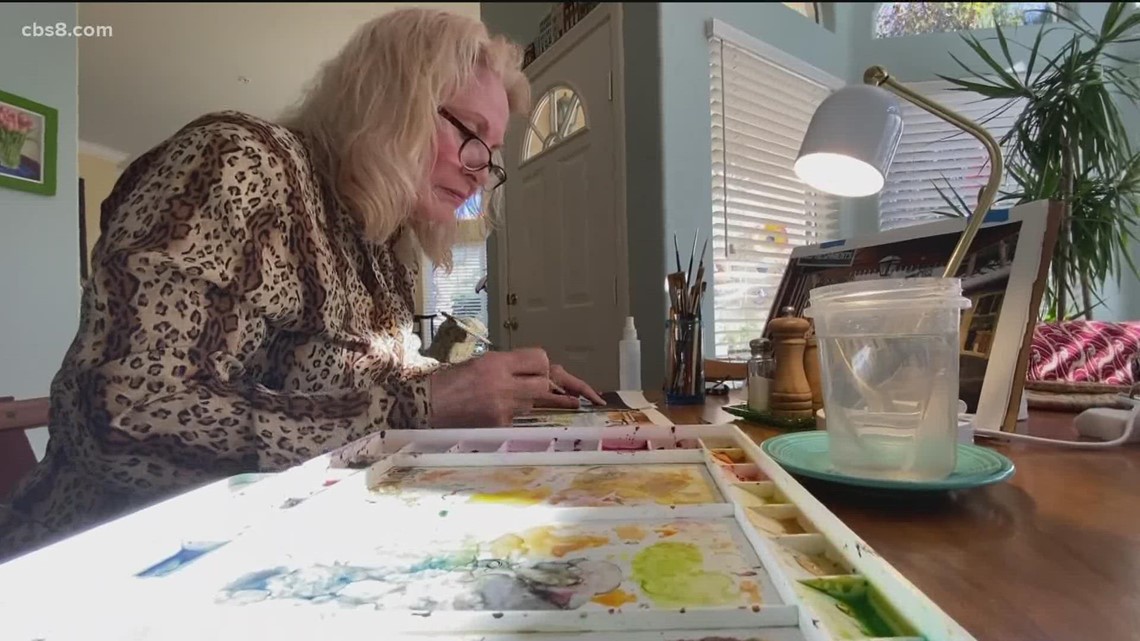