Over the past two months, approximately 5 million Ukrainians
have departed their homeland due to the escalating military
conflict with Russia. Poland has received the majority of these
individuals-taking in more than 2.8 million people according to the
latest estimate from the UN High Commissioner
for Refugees.

To support the country’s humanitarian response, the Polish
government adopted a series of amendments to the
country’s immigration laws, including changes directly related
to the influx of Ukrainians. The changes are expected to provide
increased flexibility for Ukrainian nationals in terms of residence
permits, work authorization and access to public benefits. In
addition, the Polish government set up a dedicated website for Ukrainian citizens that provides
detailed help on a range of issues-from how to obtain a national
identification number (known as a PESEL), access support services
such as legal aid and medical care, and obtain a three-year
temporary residence permit to how to navigate traffic rules,
participate in cultural activities, and change the language of the
keyboard on a smartphone.

Under the law, Ukrainian nationals are authorized to apply for a
PESEL identification number, which is key to accessing numerous
benefits, including family care support, nursery school subsidies,
and other forms of social assistance. The law also grants these
individuals full access to the Polish labor market (without first
obtaining a work permit) and the Polish healthcare system. Further,
Ukrainian students are permitted to attend Polish schools and
universities. The law also provides for a small, one-time
subsistence payment to Ukrainian nationals who have fled to
Poland.

These measures have been implemented in addition to the European
Union’s adoption of a Temporary Protection Directive,
which enables individuals who have left Ukraine to apply for a
temporary residence permit valid for one year in any EU member
state, with the potential to renew for an additional two
years.

Specific Changes to the Immigration System

Changes to the visa process. Under the amendments,
certain foreign nationals will be able to obtain new Polish visas
without having to leave Poland and apply for a visa at the Polish
consulate in their home country. Instead, the Ministry of Foreign
Affairs will process visa applications through third-party visa
centers in Poland. Forthcoming regulations will specify which
foreign nationals may take advantage of the new system, but
Ukrainian nationals are expected to be among them.

In addition, the amendments temporarily simplify the criteria
for Ukrainian entrepreneurs to obtain a residence permit.
Specifically, through December 2022, Ukrainian nationals who run a
business will not be required to provide proof of sufficient income
or intent to hire employees in order to receive a residence permit.
Of note, this provision is targeted toward Ukrainian nationals who
were already in Poland at the time the crisis began, rather than
those who have arrived in Poland since late February.

Finally, the amendments also make it possible for humanitarian
visa holders to obtain a three-year residence permit on simplified
terms. Separate regulations will be issued to determine precisely
which foreign nationals will be eligible for this benefit, but, in
practice, humanitarian visa holders in Poland are mostly citizens
of Belarus. The new residence permits will allow individuals the
right to work and will be issued free of charge. The permit
application will not require certain documents confirming
employment in Poland, health insurance, and funds for
support.

Changes to the PESEL process. Under the newly adopted
amendments, the deadline for registering for a PESEL identification
number will be extended from 60 days after arrival in Poland to 90
days after arrival. Registration is not mandatory for Ukrainian
nationals who can document their entry through the Polish border
but is recommended if individuals wish to take advantage of the
special provisions applying to Ukrainian nationals.

The new changes also confirm that a Ukrainian national who
previously received a PESEL can still register as a Ukrainian
refugee. The changes provide alternative pathways for individuals
with health problems to complete a PESEL registration. In addition,
the law clarifies that children over age 12 must be present during
PESEL registration, but children under age 12 are exempt if their
parents can provide the children’s identity documents
(including their birth certificates).

Confirmation of work authorization. The amendments
confirm that Ukrainian nationals who have fled to Poland are
authorized to work even without a Polish work permit. The
amendments also remove any fines that might otherwise be imposed on
Ukrainian nationals for failure to notify the local labor office
after commencement of employment.

Some countries, including Poland, have suspended the processing
of Schengen visas for Russian nationals except in humanitarian
cases. Poland has called on Schengen Area countries to halt issuance of
visas to Russians for short-term stays (90 days or less) as part of
the sanctions imposed due to the Ukraine-Russia conflict. Before
the coronavirus pandemic, Russia citizens accounted for the highest number of Schengen
visas filed worldwide-filing approximately a quarter of the total
number of applications in 2019.

Many governments have suspended their consular services within
Russia and have designated their embassies and consulates in other
locations, such as Poland, to process visas for nationals and
residents of Russia. Thus, the temporary suspension of Schengen
visa processing for Russian nationals presents a significant
challenge for those Russians seeking to temporarily travel to
Warsaw for a third-country visa. For instance, the United States
designated the US Embassy in Warsaw as the immigrant visa
processing post for nationals and residents of Russia; however,
cases may be transferred to other locations upon acceptance by the
alternate post.

The new legal provisions are expected to bring important changes
to Poland’s immigration framework and, in particular, support
the temporary resettlement of millions of Ukrainian nationals by
helping them in securing work authorization, residence permits, and
other benefits in the months ahead. Poland’s framework provides
an option for clients relocating their Ukrainian staff who wish to
leave the region.

Mayer Brown is closely following the Ukraine-Russia crisis for
clients, their employees, and their families. We will continue to
monitor and advise on these and other issues related to the
conflict. Please follow updates on our dedicated Ukraine Crisis Spotlight page and blog The Mobile Workforce.

This
Mayer Brown article provides information and comments on legal
issues and developments of interest. The foregoing is not a
comprehensive treatment of the subject matter covered and is not
intended to provide legal advice. Readers should seek specific
legal advice before taking any action with respect to the matters
discussed herein. 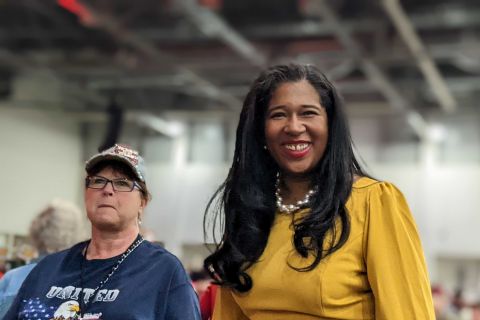