Welcome back to the Big Law Business column on the changing legal marketplace written by me, Roy Strom. Today, we look at an industry report that shows how the Big Law market returned to “Golden Era” type demand growth—and how that fueled a labor shortage. Sign up to receive this column in your inbox on Thursday mornings.

The “golden era” of Big Law has not returned since the Great Recession—I used to write that semi-regularly.

I’d write it after a Big Law firm turned in impressive financial results. I’d say something like, “Yeah, 50 percent revenue growth from 2009 to 2018 is cool. But do you remember the nine-year period before that when revenue growth was twice as high?”

I can’t say it again this year.

Citi Private Bank’s annual advisory report says demand, the amount of time lawyers billed, was up 6.6% through the first nine months of the year. Even compared to a non-Covid year, 2019, growth is up 3.2%, Citi said.

The growth was even more pronounced at the 50 largest firms, which saw demand spike more than 8%, according to Citi.

That, the report notes, is the type of growth level seen before the Global Financial Crisis. Growing client demand for lawyers’ time was the rocket fuel that drove growth in the “golden era.”

But all that time was billed by a relatively stagnant group of lawyers. Headcount grew just .7% during the nine months of 2021, Citi’s data says.

That put a huge amount of stress on lawyers.

“It’s the singular conversation I’ve had across every firm—no matter how strong their year was, they cannot find enough people to cover the work,” said Gretta Rusanow, managing director and head of advisory services at Citi Private Bank Law Firm Group. She co-authored the report with Brad Hildebrandt, a long-time advisor to law firms.

I’ve written a lot about how the Big Law talent model could change in response to current market conditions.

But many of the ideas, like creating a broader, more flexible pool of associates, are longer-term strategies. Hiring more lawyers out of law school takes about two years to move the needle on staffing. Those lawyers first need to graduate, and then they need about a year to start making a dent on meaningful matters.

So in the meantime, during what Rusanow called an “unprecedented bounce-back in activity levels,” Big Law has faced a labor shortage.

“It caught firms, like the broader market, in a labor shortage,” she said. “We are in an aberrational time.”

Law firm leaders are stuck with tricky questions about where the market will go from here.

How long will this demand surge last? Rusanow predicts a strong 2022 for revenue but more moderated demand growth. A more full office return and spending on things like business development could hamper profits.

Hildebrandt, in an interview, said he expects the current market dynamics to continue into next year.

“I don’t see anything on the horizon that will change what’s going on now,” he said. “There’s too much money on the sidelines. Private equity has too much money that has to be invested. The stock market is strong. It’s all good for law firms.”

He said the market has gone through similar cycles on the past, noting that in the late 1980s, U.S. law firms were recruiting associates in places like Canada and Australia—a phenomenon that, according to the report, also happened this year. The 1980s was also a time of high attrition rates, he said, with 85% of associates leaving their law firm within five years.

On the other end of the Big Law talent barbell, the Citi report has interesting findings on equity partners.

It reports that nearly 75% of large firms anticipate the equity partnership to expand next year. It’s a signal that firm management is optimistic about growth and a clear departure from recent years (including this one) when the equity tier has flat-lined.

There is also a growing pay disparity among equity partners, the report found. The spread between the lowest and highest paid equity partners rose to 4.4-to-1 from 3.9-to-1. Rusanow said it remains to be seen whether that trend will continue in the future.

Firms paying top performers more to prevent their poaching by other firms has driven the increasing pay spreads. At the top end of the industry, it’s a reflection of decisions by firms to break away from strict seniority-based pay structures—a move that continued this week with Cravath, Swaine & Moore’s adjustment to its lockstep system.

All in all, Rusanow said, there are big questions about what will happen in the market going forward.

It seems unlikely the market has permanently returned to pre-recession growth levels. That means partners may need to adjust their expectations after two extraordinary years.

But for now, Hildebrandt said, the strong Big Law market is a reminder of its resilience.

“It shows you how stable this profession is,” he said, “despite all the pundits who keep finding fault with it.”

On Return to Office: The Bloomberg Law video team interviewed a handful of Big Law managing partners on their return-to-office plans. It’s worth a watch here.

On Lockstep Compensation: After Cravath’s move to modify its lockstep compensation system, I looked at how the firm’s decisions carry heavy weight in the Big Law market and what it means that lockstep is on the brink of extinction.

On Lawyers as Gatekeepers: Clifford Winston, a Brookings Institution economist and former MIT professor tells Bloomberg Law’s Adam Allington that lawyers are harming the public good and lining their own pockets by making it too difficult to join the bar.

That’s it for this week! Thanks for reading and please send me your thoughts, critiques, and tips.

Tue Jan 25 , 2022
By Latisha Catchatoorian, WRAL Digital Solutions This article was written for our sponsor, Whitley Law Firm. Insurance agents and insurance adjusters aren’t one in the same and if you’ve been in an automobile accident, this is something you’d be wise to know. Agents versus Adjusters An insurance agent is someone […] 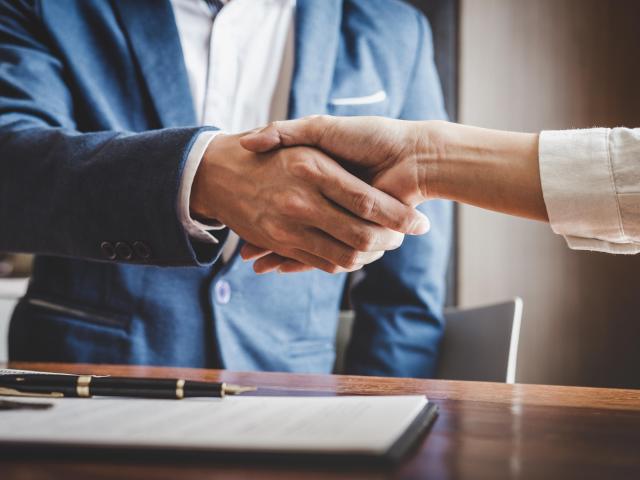