EXCLUSIVE – David Bonola, the handyman arrested in the grisly murder of Queens mother Orsolya Gaal, had been living in the United States in violation of immigration law when he was arrested, law enforcement sources confirmed to Fox News Digital on Friday.

Bonola moved to the United States from Mexico 21 years ago, police officials said Thursday. They would not comment regarding the 44-year-old’s immigration status at the time. But two law enforcement sources with knowledge of the matter told Fox News Digital that Bonola was in the country in violation of immigration law. Details of whether he entered the U.S. legally were not immediately available.

“ICE focuses its civil immigration enforcement priorities on the apprehension and removal of noncitizens who pose a threat to our national security, public safety, and border security,” an Immigration and Customs Enforcement spokesperson said in a statement in response to Fox News Digital’s questions.  Fox News Digital is further told ICE has lodged a detainer with Queens Central Booking.

A spokesperson for Immigration and Customs Enforcement could not immediately provide Fox News Digital with a statement regarding Bonola’s immigration status.

Bonola and Gaal, 51, struck up an “intimate” relationship about two years ago, which also when he started working for the family.

“We believe the relationship that Mr. Bonola had with our victim was a intimate-type relationship and this stemmed to be a domestic-type dispute that they were having over their intimate relationship,” said NYPD Lt. Tommy Thompson from the Queens North Homicide squad.

The NYPD said that Bonola went to Gaal’s Queens home shortly after midnight on Saturday to try to rekindle the relationship.

Gaal had just returned home after attending a show at Lincoln Center and having a drink at a local bar when Bonola arrived.

“A heated argument ensues between the two in the basement. A knife is brandished. A violent struggle ensues, resulting in our victim being stabbed ruthlessly and brutally in excess of 55 times, causing her demise,” NYPD Chief of Detectives James Essig said Thursday.

One of Gaal’s sons was at home during the incident, while her husband and other son were on the West Coast.

After the murder, Bonola allegedly stuffed Gaal’s remains in a hockey duffel bag and dragged it about seven-tenths of a mile away from her home around 4:30 a.m. before ditching it on the sidewalk.

Police were alerted to the suspicious bag a few hours later around 8:00 a.m. and were able to trace the blood trail back to Gaal’s home.

Bonola was arrested on Wednesday evening and is facing charges of murder, criminal tampering and criminal possession of a weapon.

The 44-year-old didn’t answer questions as he was led out of a New York City police precinct in handcuffs on Thursday afternoon but did shout, “F— you, motherf—–.”

Bonola made his initial appearance in court on Thursday night, when he was ordered held without bail. He is due back in court on April 26.

What to Know About Woman Who Wows Leslie Valenza

Sun Apr 24 , 2022
Wednesday, February 2, 2022 Leslie Valenza is a communications professional with 15 years of legal marketing experience. As a vice president at Poston Communications, she manages the development of a range of knowledge-based content for law firm and other professional services clients, from awards submissions to blog posts and bylined articles, to […] 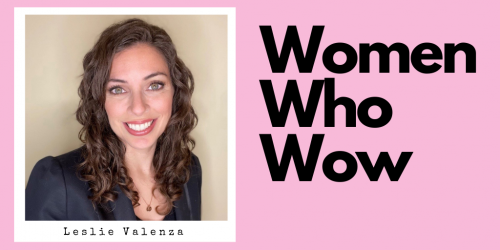