LEXINGTON, Okla. —  Inside an old metal building off a quiet stretch of U.S. 77, Josh Blevins walked among rows of fragrant marijuana plants basking below carefully calibrated light. Blevins, a former construction engineer from Texas, bought this former scrap yard just north of the farming town of Lexington, population 2,200, after a statewide ballot initiative legalized medical marijuana about four years ago.

Since then, dispensaries have become as ubiquitous as gas stations and churches in much of Oklahoma, where state officials have licensed more than 12,000 marijuana-related businesses and about 1 in 10 people now own medical marijuana cards.

Blevins, 36, has capitalized on the boom, building another 10,000-square-foot warehouse and brand new office space just down the road from the former scrap yard. Like many commercial growers, he created his own supply chain from seed to sale, stocking the shelves of his two dispensaries — both named Twister Roo — in Moore and Noble. It has proven to be both profitable and a learning opportunity, Blevins said, as he eyes expansion to other states with upcoming marijuana ballot initiatives.

“What we’re doing here is kind of building the picture that we want to duplicate in other states,” Blevins said. “Just copy and paste.”

But while Oklahoma has become a kind of nirvana for growers and producers, who enjoy a relatively low startup cost in comparison to other states, it has some lawmakers leery because of lax regulation. Officials with the overwhelmed Oklahoma Medical Marijuana Authority said they’ve been able to inspect only a quarter of licensed marijuana businesses so far.

Oklahoma Gov. Kevin Stitt, a Republican, said during his State of the State address on Tuesday that voters were misled by the language on the 2018 ballot initiative and it has “tied our hands as we regulate the industry.”

“This is causing major problems in our communities,” he added, “and we must get it under control.”

Stitt said the relatively low cost of getting a business license and the lack of a cap on the number of growers has fueled a black market in Oklahoma that may require legislation to reform.

“While we can’t change the past, we can learn from it and improve our future,” Stitt said. “We’re getting the right leaders in place and untying their hands to enforce the laws.”

Rep. Rusty Cornwell, a Republican, has introduced legislation to place a temporary moratorium on issuing licenses, citing concern that out-of-state and foreign growers are exploiting loopholes in Oklahoma’s in-state residency requirements and taking advantage of the state’s limited enforcement resources, which has opened the door for organized crime.

“I feel like what we need to do is we need to just kind of put a pause on this thing,” Cornwell said. “Get the bad actors out of it.”

For some states considering legalization, what’s playing out in Oklahoma has become a cautionary tale because of its oversight struggles. In Mississippi, where Republican Gov. Tate Reeves last week signed a bill legalizing medical marijuana for people with debilitating conditions — including cancer, AIDS and sickle cell disease — the Legislature studied Oklahoma’s oversight problems before it decided how to implement its own law, said Ken Newburger, the executive director of the Mississippi Medical Marijuana Association, an interest group that represents medical marijuana business licensees.

“There are a lot of things about Oklahoma that our state Legislature has been very keen about avoiding,” Newburger said.

So far, 37 states have adopted medical marijuana programs, and recreational marijuana use is legal in 18 of them. And advocates are hopeful that a few of the 14 states that have yet to pass laws or approve ballot initiatives allowing the use of marijuana will do so in the next year or two, including Kansas, North Carolina, South Carolina and Kentucky.

Blevins said he has his hopes on expanding to neighboring states, where he and other growers said they’ve seen streams of customers willing to cross borders to legally purchase marijuana, signaling potential for high demand.

“My two states are Kansas and Texas,” he said. “Texas being like the holy grail.”

The battle over expansion

Known for hanging its economic fortunes on the boom-or-bust fuel markets, Oklahoma welcomed the marijuana market with low regulation and a competitive entrepreneurial spirit.

The state presented a rare opportunity for legalization in 2018, when medical marijuana backers garnered enough signatures to put one of the most accessible medical marijuana initiatives in the country on the ballot, bypassing the conservative Legislature. The result: It costs $2,500 to apply for a business, cultivation or transportation license in Oklahoma — compared to $100,000 or more in neighboring Arkansas.

“This is a system that is set up to basically create opportunities for small businesses,” said Morgan Fox, the political director of NORML, a national cannabis advocacy organization. “There’s a lot of room for people to start up businesses without a tremendous amount of capital.”

Lured by the state’s low fees and relative lack of regulation, Paulie Wood, a former California grower and the CEO of Kannabiz Monkeez, said he decided to close his West Coast operations about two years ago because of the “insane overtaxation” hampering his business.

In California, he paid more than $100,000 a year in state and local taxes to operate two cultivation sites even after one outdoor crop was destroyed by smoke and ash following the Oak Fire in Mendocino County in September 2020. He pays a fraction of that cost in Oklahoma.

“In Oklahoma you can literally start a grow for under $10,000, where in California you’re going to be out hundreds of thousands of dollars to just get started,” Wood said. “They call it the wild, wild west of cannabis in a good way. As a whole, it’s the nicest, friendliest state we could ever want to be in.”

Oklahoma is also friendly toward people trying to get medical marijuana cards, which cost only $120 for the application fee, plus a doctor’s visit. While some states have very specific and restrictive lists of conditions that qualify for a card, such as AIDS and cancer, Oklahoma’s list is relatively expansive and includes less severe medical issues, including anxiety, insomnia and muscle spasms.

But now, a battle is brewing in Oklahoma between advocates who want to expand the industry and opponents who are trying to rein it in. In the legislative session starting next month, state lawmakers hope to play catch-up and introduce new restrictions on growers and processors amid renewed efforts by groups hoping to pass another ballot initiative, this time for full legalization.

Oklahoma’s growing medical marijuana market has been lucrative for the state, generating nearly $150 million in revenue in 2021, up from nearly $128 million in 2020, according to state data.

The Oklahoma Medical Marijuana Authority, which has almost doubled its staff in the past year, is still struggling to get inspectors to all of the licensees, said Adria Berry, the agency’s executive director. “We have not been able to keep up with the demand, but we are getting to the place where we’re able to get many more people out inspecting those places on a day-to-day basis.”

The Oklahoma law says medical card holders must be in-state residents, but Blevins and other growers said much of the demand for their product is coming from out of state, in places like Texas — where possession of marijuana largely remains illegal — and Kansas, another deeply conservative state that is in line to legalize medical marijuana. That high demand has driven down prices, Blevins said, to about a third of what they were when he started in 2018.

“Now they’re so much cheaper than the black market, and they can be bought and sold for profit,” he said.

Karen O’Keefe, the director of state policies at the Marijuana Policy Project, a nonprofit organization dedicated to legalizing cannabis, predicted that as many as six new states could have medical marijuana laws by the end of the year.

The prospects have growers and entrepreneurs speculating and positioning themselves to move into the newest market as soon as legislators, or in some cases voter-driven ballot initiatives, legalize it.

In Texas, advocates for legalization are seeing positive signs. Texas allows the sale of medical marijuana with very low THC concentrations (the threshold is 1 percent, as opposed to states like Oklahoma, where marijuana is often sold at levels near 30 percent). Republican Gov. Greg Abbott doubled that from 0.5 percent in June when he signed a law that also added cancer and post-traumatic stress disorder to the list of qualifying conditions.

And there is growing popular support for broader legalization. A study last year by the Hobby School of Public Affairs at the University of Houston found that 67 percent of Texans support recreational marijuana, including 51 percent of Republicans.

At a news conference last month, Abbott said he and the Legislature were looking at decriminalization efforts.

“Small possession of marijuana is not the type of violation that we want to be stockpiling jails with,” he said. “So we have been making steps in that regard.”

To the north in Kansas, a medical marijuana bill had received wide support from both parties. The measure had been approved by the state House, but it was abruptly removed this month from its committee hearing in the Senate, where Senate President Ty Masterson, a Republican, said procedural issues would keep it from being heard again until next year.

Half of the states that continue to hold out on legalizing medical and recreational marijuana are in the South. Debate over a bill that would legalize medical marijuana is being led by conservatives in the North Carolina Senate, and two bills were introduced last month in Kentucky, one to decriminalize marijuana and another to allow its recreational use.

David Lewis, the chief operating officer of Stability Cannabis, one of the largest growers in Oklahoma, said most of the large corporate growers are still concentrated on the coasts, in part because of a provision of Oklahoma’s medical marijuana program requiring at least 60 percent in-state ownership.

“They’re treating us kind of like flyover country. So we think that’s creating an opportunity in Oklahoma, Missouri, Kansas, maybe Louisiana,” he said. “You could really set up kind of a regional play here where the national brands are skipping out.”

Lewis said a lot of growers in Oklahoma hope to become multistate operations in the event the federal government decriminalizes marijuana. He and his partners are already established in nearby Missouri, where voters approved medical marijuana in 2018, and they’re ready to make a play for Kansas, should the Legislature there decide to do the same.

While they’re waiting for Kansas to pass new legislation, growers like Lewis and Blevins have started eyeing property there, looking for warehouse space and storefronts. Blevins said he hasn’t signed any new leases just yet, but he expects to some day soon.

“We know that it’s going to happen, just not the exact time,” he said. “So maybe it’s time to start playing the card, you know, put the deck of cards together in Kansas so that when they do pull the trigger we’re ready.” 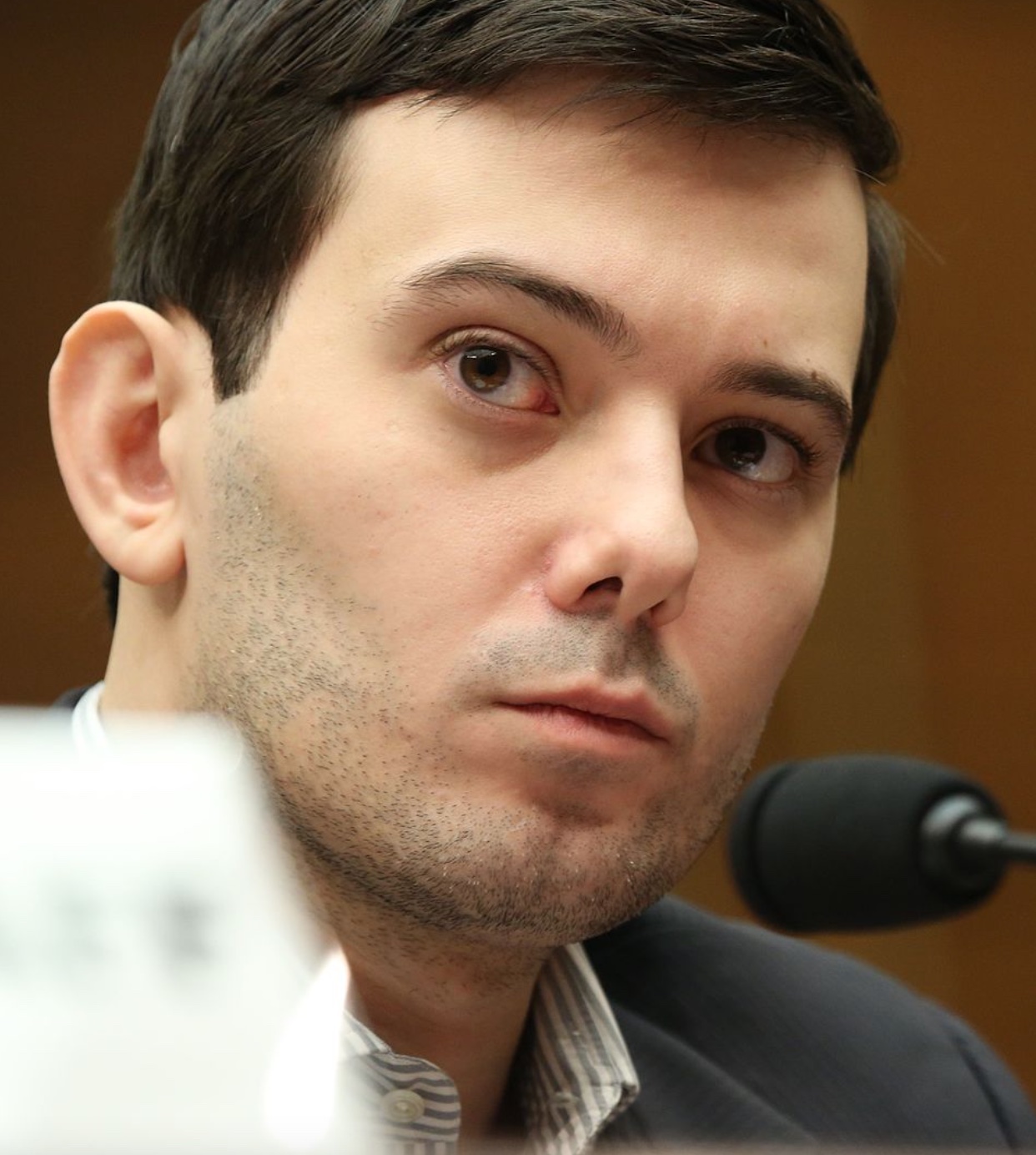