US sanctions on Russia have continued to escalate in response to Russia’s invasion of Ukraine by targeting Russian banks’ ability to manage the economic fallout of sanctions and limiting access to technology vital to Russia’s defense, aerospace, and maritime industries. The stated purpose of the most recent round of economic sanctions is to impose measures to ensure Russia cannot use its Central Bank reserves to support its currency and thereby undermine the impact of prior sanctions.2 The latest sanctions broadly prohibit all transactions with Russia’s Central Bank, National Wealth Fund, and Ministry of Finance. BIS’s February 24 final rule broadens export controls primarily targeting Russia’s defense, aerospace, and maritime sectors, with the intention of restricting Russia’s access to vital technological inputs key to its military-industrial base.3

OFAC’s Russia-related Sovereign Transactions Directive broadly prohibits US persons from engaging in any transaction involving Russia’s Central Bank, National Wealth Fund, and Ministry of Finance. Prohibited transactions include the transfer of assets to these entities or foreign exchange transactions for or on their behalf. Notably, OFAC’s Russia-related Sovereign Transactions Directive is a non-SDN sanction—while US persons are prohibited from transactions with the three entities subject to the Directive, the property of Russia’s Central Bank, National Wealth Fund, or Ministry of Finance has not yet been fully blocked by OFAC.

Notably, these sanctions are effective immediately and do not have a thirty-day wind-down period like many of the other recent sanctions measures.

On February 28, 2022, OFAC announced regulations implementing the Russian Harmful Activities Program that go into effect on March 1, 2022.6 The regulations provide clarity on the application of defined terms, OFAC’s 50 percent rule, blocked accounts, reporting, and enforcement penalties guidance for the sanctions program, which has expanded rapidly over the last several days. The regulations are generally consistent with regulations issued by OFAC to implement other sanctions programs and OFAC intends to issue more comprehensive regulations in the near future.

Sanctions on Russian President Vladimir Putin and Others

On February 25, 2022, OFAC imposed sanctions on the President of the Russian Federation, Vladimir Putin, and the Minister of Foreign Affairs, Sergei Lavrov, as well as other members of Russia’s Security Council, by designating them as SDNs. As noted in a press release by the government, “It is exceedingly rare for Treasury to designate a head of state; President Putin joins a very small group that includes despots such as Kim Jong Un, Alyaksandr Lukashenka, and Bashar al-Assad.”7

As a result of these designations, all property and interests in property of the designated individuals that are in the United States or in the possession or control of US persons are blocked and must be reported to OFAC. In addition, any entities that are owned, directly or indirectly, 50 percent or more by one or more blocked persons are also blocked. All transactions by US persons or within (or transiting) the United States that involve any property or interests in property of designated or otherwise blocked persons are prohibited unless authorized by a general or specific license issued by OFAC, or otherwise exempt. These prohibitions include the making of any contribution or provision of funds, goods, or services by, to, or for the benefit of any blocked person and the receipt of any contribution or provision of funds, goods, or services from any such person.

The White House has announced that it will work with other nations to form a task force to seek out, identify, and freeze the assets of Russian SDNs held offshore or in a manner that otherwise obscures ownership in an effort to limit the ability of Vladimir Putin and others to evade sanctions.

The BIS final rule establishing export control sanctions in response to the Ukrainian invasion implements new Russia license requirements and licensing policies. It builds on existing restrictions on exports to Russia and implements the following major policies specific to Russia and Russian end-users through the following:

Additional Sanctions Continue to Be Forthcoming:

The White House has signaled that further sanctions against Russia will be forthcoming should Russia continue its assault on Ukraine. Such additional sanctions may entail further full blocking sanctions against additional Russian banks and designation of additional individuals, as well as further restrictions on trade with Russia.

In addition to the sanctions imposed by the United States, other authorities, including the European Union, the United Kingdom, and Japan, have imposed sanctions on Russia. The White House has announced that, in coordination with US officials, authorities in the European Union will implement a regulation that removes certain Russian banks from the SWIFT international payments network, effectively shutting them out of the world’s financial systems, following the model used to disconnect Iranian banks from SWIFT in 2012. US persons and companies doing business, directly or indirectly, in Russia, Belarus, or Ukraine should review sanctions exposure carefully and deploy sufficient compliance controls to limit sanctions risk and plan for disruptions to banking transactions involving Russian banks. Non-US individuals and companies should also be aware of applicable sanctions regimes, and the authority of OFAC to sanction non-US persons and companies engaged in activities that would be prohibited by a US person in certain circumstances, and should similarly review their sanctions exposure carefully and adopt appropriate policies.

3 US Dept. of Commerce, Press Release, Commerce Implements Sweeping Restrictions on Exports to Russia in Response to Further Invasion of Ukraine (Feb. 24, 2022), https://www.bis.doc.gov/index.php/documents/about-bis/newsroom/press-releases/2914-2022-02-24-bis-russia-rule-press-release-and-tweets-final/file.

Mon Mar 7 , 2022
Nearly 86% of Americans over 50 who have hearing loss don’t wear hearing aids, according to a study conducted between 1999 and 2006 and published in the journal Archives of Internal Medicine. It’s easy to understand why. Hearing aids are expensive, getting them can be inconvenient, and wearing them can feel […] 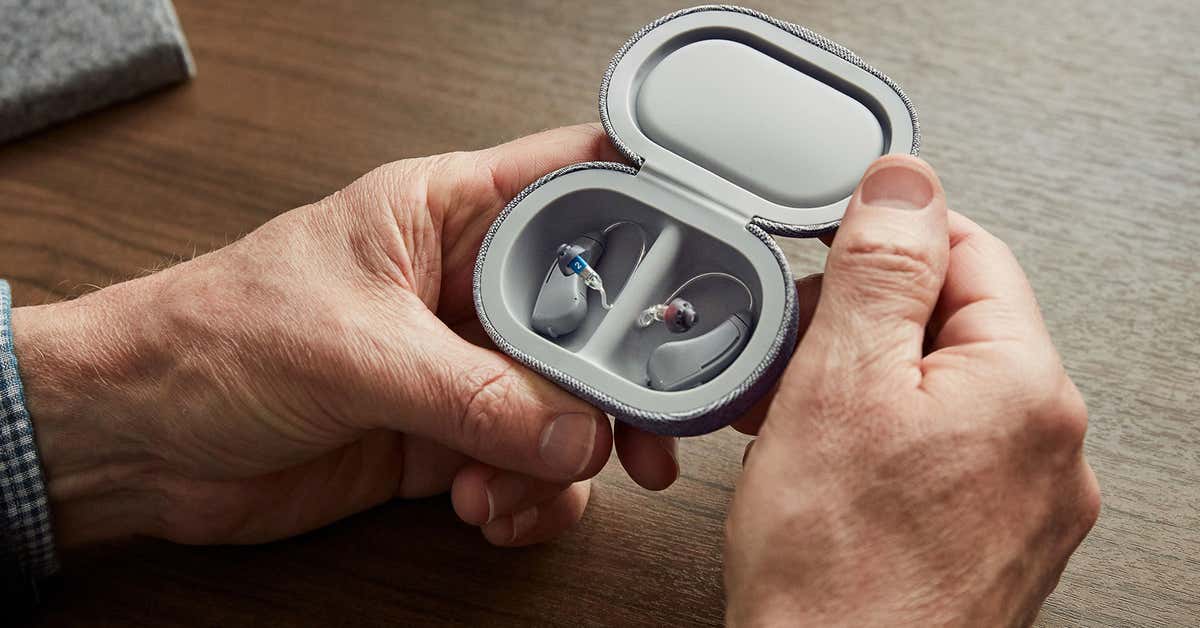