With 2021 behind us, a number of new rules and regulations are set to take effect this year. Some of the changes include minimum wage hikes, plastic bag bans and soft drink taxes.

Below are just some of the new rules and regulations set to come into effect federally and provincially in 2022:

Federal legislation banning conversion therapy received a royal assent on Dec. 8, but will not come into force until Jan. 7, 2022, 30 days after the bill became law.

The new law will make conversion therapy, a practice that seeks to change someone’s sexual orientation to heterosexual or their gender identity to cisgender, punishable by up to five years in prison. Anyone found to be promoting, advertising, or profiting from providing the practice could face up to two years in prison.

A federal ban on single use plastics was promised by the end of 2021, but in November the government announced the ban would be delayed to sometime in 2022.

The federal government announced at COP26 this year that it would stop new direct public finance for coal, oil and gas development by the end of 2022 and shift that investment to renewable energy projects.

The United States, United Kingdom and 21 other nations also joined the pledge.

Beginning in July, rebates issued to residents of Alberta, Saskatchewan, Manitoba and Ontario, due to the increased costs of carbon pricing will be issued quarterly, instead of annually.

In February, containers for milk and milk alternatives are joining B.C.’s list of products eligible for a refund, similar to cans and bottles.

The province estimates the program will help it recycle 40 million more containers each year.

Beginning on Jan. 1, part-time and full-time employees in British Columbia are entitled to five days of paid sick leave.

As part of a $3.8 billion deal with the federal government, Alberta’s day care fees will be cut in half — on average — beginning on Jan. 1,with the goal of reaching $10 per day childcare by 2025.

The deal is also expected to create some 40,000 new spaces for non-profit childcare in the province.

The new code will only be issued once the province runs out of numbers on the existing area codes and will not affect existing phone users.

Beginning on July 1, all residential buildings in Saskatchewan will be required to have both a smoke detector and carbon monoxide detector.

Beginning on Jan. 1, Manitoba is implementing changes to the Manitoba Human Rights Commission (MHRC) to allow the department to respond to human rights complaints sooner.

The changes allow the commission’s executive director to dismiss complaints and to decline an investigation into some complaints, as well as setting time limits on hearings and decisions.

Under the current system, it can take up to six years for a human rights complaint to be resolved in Manitoba.

Ontario’s minimum wage is increasing to $15 per hour as of Jan. 1, which critics have said is still not enough to earn a living wage in the province.

Rent hikes are back

Ontario’s rent freeze, a measure meant to help residents during the pandemic, is also slated to end on Jan. 1. The provincial government has set an increase guideline of 1.2 per cent for 2022.

Ease at the pumps?

While gas prices reach all-time highs in the province, Ontario Premier Doug Ford has promised a cut to the gas tax of up to six cents per litre, delivered by March 31.

Changes to the Quebec curriculum

Beginning in the 2022 school year, classrooms in Quebec will begin teaching “Culture and Citizenship in Quebec” instead of the Ethics and Religious Culture program.

The program will be under a pilot program in 2022, before being taught province wide in 2023.

New Brunswick is requiring all vape shops to purchase a $100 licence as of Jan. 4, though it will not be enforced until April 1.

The province says the licences will allow for business inspections, will increase accountability and would allow for communication in case of a recall.

Though only proposed, New Brunswick is also planning to implement additional animal protection measures on Jan. 1.

The changes will take effect as early as April.

Newfoundland and Labrador is introducing 20-cent-per-litre tax on drinks with added sugars as of September.

The tax is expected to bring in $9 million for the province.

Those wishing to get into the field of truck driving will need to take a mandatory entry-level training program to receive their Class 1 licence, beginning in January.

Before, new truck drivers would only need to pass a practical and theoretical exam to receive the certification.

Beginning on Jan. 1, single-use plastic shopping bags are banned in Yukon as part of “initial steps towards a broader ban of single-use plastics in the Yukon and reflect feedback received following engagement with Yukoners and Yukon businesses,” according to a news release from the territory.

The territory is also planning a ban on single-use paper bags for Jan. 1, 2023.

Nunavut did not recognize Sept. 30 as the National Day for Truth and Reconciliation, but it will be a territorial statutory holiday in 2022.

In mid-September, the territorial government said it did not have enough time this year to formally recognize the holiday, but would be ready to do so in 2022.

Fri Jan 28 , 2022
Friday, December 10, 2021 The only way to keep your law firm running is by bringing in new business consistently. That’s why at the core of every successful law firm is a solid marketing strategy that has all the right components in place. In order to scale your law firm, […] 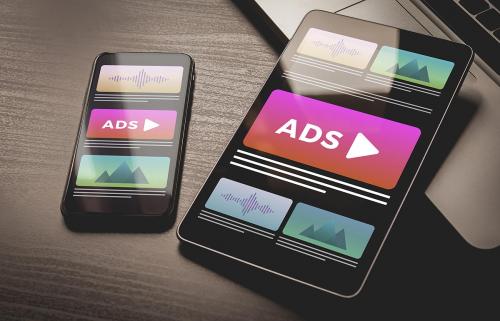