Nan Heald, who spent decades working to provide critical legal services to the poor in Maine and to address systemic barriers to justice, has died.

Heald served as the executive director of Pine Tree Legal Assistance for more than 30 years. The nonprofit provides civil legal aid to many, including those who are at risk of foreclosure or eviction, survivors of domestic violence, farmworkers, veterans and indigenous people. In 2020, Pine Tree worked on more than 6,300 cases affecting more than 15,000 people.

Pine Tree Legal announced Heald’s death but didn’t provide her age. Board President Dan Emery said Heald was surrounded by family and friends when she died Thursday from complications related to cancer.

“Most importantly, Nan cared,” Emery said. “Her long, accomplished career comes down to one thing – helping people. Her many skills were means to that end. I don’t think the awards she won meant as much to her as the victories of Pine Tree clients who had nowhere else to turn. She was a joy and an inspiration to work with, and we will be guided by her example.”

Heald co-wrote a Maine Voices column in 2017 that spoke to her mission: “When we say the Pledge of Allegiance, we close with “justice for all.’ We need civil legal aid programs like Pine Tree Legal Assistance to ensure that Maine is providing justice for all, and not just to those who can afford it.”

Heald grew up in Oquossoc in Maine’s western mountains. She graduated from Smith College in 1977 and George Washington University Law School in 1980. She worked for the federal government and in private practice for five years, joining Pine Tree Legal Assistance in 1985. Her primary responsibility was to correct the exclusion of the Aroostook Band of Micmacs from the 1980 Maine Indian Claims Settlement Act. That change was eventually achieved through federal legislation.

In 1990, she became executive director of the nonprofit. Heald saw technology as a way to increase access to legal aid, and the organization created ptla.org, a website with self-help resources, in 1996. It was the first legal aid website in the country to include self-help resources – and they’re still available at no cost to Mainers who need answers to a wide range of questions, including critical information about housing, public benefits and access to the courts during the COVID-19 pandemic.

Heald also oversaw new programs that expanded legal aid access for vulnerable populations. Pine Tree formed Kids Legal, the state’s first and only law project that focuses on the educational and legal needs of children. It launched programs for low-income veterans, including a medical-legal partnership at Maine’s Togus Veterans Affairs Medical Center and StatesideLegal.org, a national website for veterans and service members. Under Heald’s leadership, Pine Tree also expanded support to victims of domestic violence and sexual assault, and developed projects including a clinic for low-income taxpayers.

During Heald’s tenure, the nonprofit’s budget grew from $2.8 million to $7 million, expanding its grants and other funding sources. Pine Tree now has a staff of 75, including 47 attorneys and 15 paralegals. It is headquartered in Portland, but maintains five regional offices across the state.

“Through the creative use of funding opportunities and other leveraged support, her leadership has enabled Pine Tree to strengthen and expand legal services to diverse client populations and in new areas of law, and to make justice more accessible for all the people of Maine,” the nonprofit said in a news release.

Heald served on numerous national and state committees and was often recognized for her work. In 2011, the White House named her a Champion of Change. In 2015, she earned the American Bar Association’s Grassroots Advocacy Award, and in 2018 became a Fellow of the American Bar Foundation. She also received honors and awards from the American Civil Liberties Union, the Maine Justice Foundation, the Maine Veterans Coordinating Committee and the Maine Judicial Branch.

Pine Tree announced last month that Heald would retire this spring. She is survived by her husband, Frank D’Alessandro, her daughter, Bei Heald, stepchildren Daniel and Katie D’Alessandro and their spouses, and two grandchildren.

Please check your email to confirm and complete your registration.

Use the form below to reset your password. When you’ve submitted your account email, we will send an email with a reset code.

Sat Jan 29 , 2022
LORAIN, OHIO (WJW) – There’s a new proposal gaining support in Washington D.C. for a potential multi-billion-dollar investment that would bring U.S. naval facilities to Lorain and Lordstown. The government investment would bring as many as 3,000 high skilled and paying jobs to Lorain, according to Mayor Jack Bradley. Bradley […] 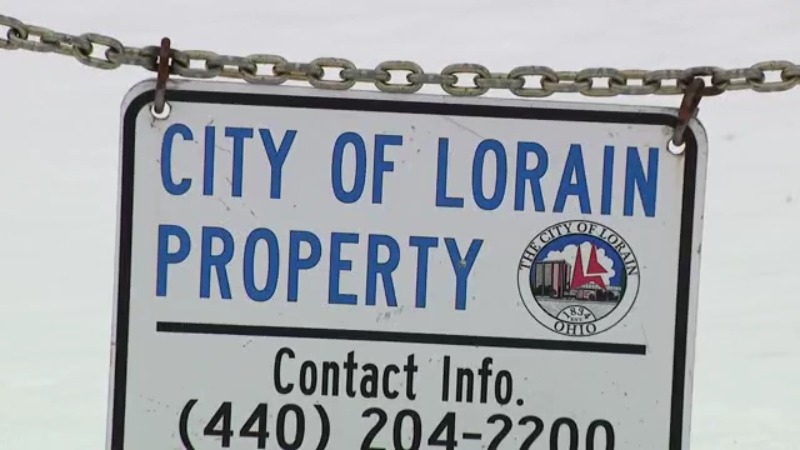