Big Law is increasingly adopting a mantra all too familiar in the tech world: grow or die.

Instead of only poaching a handful of lawyers from a rival firm, several law firms this year have added lateral groups of more than 10 or 20 lawyers at a time.

“If you aren’t moving forward, you are falling behind,” law firm consultant Kent Zimmermann of the Zeughauser Group said.

Industry observers say they believe that attitude, coupled with increased market segmentation and a fiercely competitive talent landscape, is prompting more law firms to seek out large lateral groups in order to secure new verticals or areas of specialty for their client base.

Just in the last week, for instance, Paul Hastings confirmed a 43-attorney hire; Norton Rose Fulbright said it is adding an 11-lawyer litigation team; Parker Poe announced a 16-attorney group hire; and Fennemore Craig said it is scooping up 24 lawyers.

“It is an increasing imperative for firms to grow more as their peer firms do so. Many firms are flush with cash, and they are investing that money in growth,” Zimmermann said. “At the same time, about 20% of the market has had a disappointing two to three years. Those firms are increasingly becoming the outliers, and high-quality teams are starting to question whether they are on the right platform.”

He noted that up-and-coming lawyers are particularly attuned to the competitive dynamics and trajectories of firms and want to be on “the winning team.” Furthermore, there is a growing concern for firms underperforming in a strong market, with lawyers wondering how slow-growing firms will do when the market cools off.

The desire to find a better platform with prospects for the future is a common theme in several recent group moves.

Take for instance the 43-lawyer restructuring team that jumped to Paul Hastings from Stroock & Stroock & Lavan last month, in one of the largest lateral team moves in recent years.

Kristopher Hansen, the group leader, said the group move was prompted by a desire to link up with a firm renowned for key financial services practice areas with which his team could coordinate and leverage both expertise and client relationships. Meanwhile, about 25% of Paul Hastings’ 2021 revenue (totaling around $400 million) was tied to lender-side finance.

Likewise, an 11-lawyer real estate finance group departed Akerman for Reed Smith in February, motivated by the desire to provide a one-stop-shop for lender clients.

Group leader Randy Eckers said he worked with Reed Smith financing industry group global co-chair Jodi Schwimmer for the past decade as Schwimmer’s group securitized loans that Eckers’ group had originated. “In order to continue the growth of our practice, I felt this was the next logical step,” Eckers said.

Many partners discover their compensation details in the first quarter of the year, prompting a flurry of lateral moves, some noted. But others attributed the motivation behind recent group moves to a reassessment of priorities.

Coleman noted that mentality isn’t limited to financial success. It includes, in part, extending autonomy to lawyers, listening to young partners, and offering a career-accelerant platform for associates and other young talent.

McDermott isn’t shy about hiring large groups itself. The firm brought on about 30 lawyers from DLA Piper in March 2018.

In February, a 20-lawyer IP group left Morgan Lewis & Bockius for Baker & Hostetler. The team said they were drawn to the firm’s flexibility.

At Baker & Hostetler, “You don’t have to be on the traditional partnership track role. You don’t have to bill 2,000 hours,” group co-leader Mark Itri said. “You can have a different title and different hourly goal. As opposed to, ‘You don’t meet these goals, you have to leave the firm.’”

Beyond simply searching for a group with a niche specialty, law firms are increasingly looking to maximize their strengths and add new assets by cherry-picking select groups out of underperforming firms.

“If a firm is in a position of strength, its partners want the acquiring firm to take everything in a true merger with all the assets and liabilities. But some firms are not in a position to do that. Relatedly, high-growth firms are increasingly using the strategy of taking high-performing teams out of firms with an uncertain future,” Zimmermann said.

Several recent moves, framed as lateral acquisitions, suggest that midsize firms and boutiques may be more vulnerable to group defections.

Fennemore Craig added 50 legal professionals, including 24 lawyers, from Gresham Savage Nolan & Tilden. The firm acquired the majority of Gresham’s lawyers. Gresham itself is in the process of winding down.

And Norton Rose’s 11-lawyer lateral hire arrived from litigation boutique Blackwell Burke. The group composed the majority of the boutique, which faces an uncertain future as its founding partner Jerry Blackwell moves into a public service role.

These groups, compared with firm mergers, tend to be stickier and often bring clients with them, though integration challenges still exist.

He said, for example, it is a good sign if the new group is generating business from firm clients and the group’s clients start working with other lawyers at the firm.

The flurry of large group moves has coincided with a particularly low number of law firm mergers in the first quarter.

Zimmermann said he expects merger activity to pick up in the latter half of the year.

“Our merger practice is busier than it has ever been by about four times,” he said. ”That speaks to the strategic imperative for firms to get bigger and more profitable. Firms don’t want to get overshadowed.”

Wed Jun 1 , 2022
Age 76 Died on May 12, 2022, peacefully at home after courageously battling non-alcoholic cirrhosis of the liver for many years. On Mother’s Day weekend, Martha celebrated her wonderful motherhood with “immense love” for and from her husband of 42 years Bruce Beneke, her sons Dr. David Gubbrud (Jodi) and […] 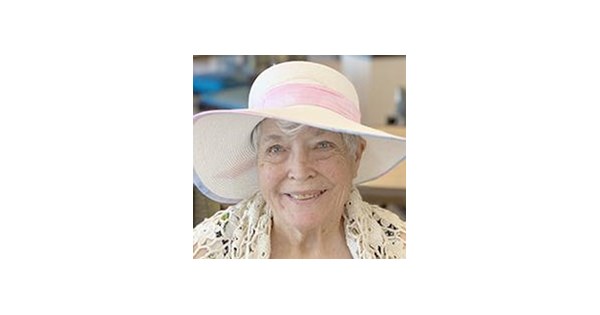