For Hollywood business types, the rift between movie studio Warner Bros. and its longtime financing partner Village Roadshow Entertainment Group has been a little like seeing “The Matrix’s” Neo and Trinity break up.

For 25 years, Los Angeles-based Village Roadshow and Warner Bros. enjoyed a fruitful relationship during which Village provided some $4.5 billion to co-fund 91 movies, including hits like “The Matrix,” “Sherlock Holmes” and “Joker.”

Village Roadshow shared in the spoils of Warner Bros.’ wins while softening the blow of flops such as “Jupiter Ascending” and “King Arthur: Legend of the Sword.”

But the power couple’s partnership has become mired in a conflict rivaling a messy celebrity divorce.

The widening dispute is a window into the dramatic company overhauls and strategic shifts that have defined the entertainment business during the last several years. Those include the race to streaming, changes in company DNA and the unwinding of traditional co-financing deals as studios increasingly want to control established franchises for reboots and spinoffs. As these trends accelerate, such fights likely aren’t going away.

The centerpiece of the litigation is “The Matrix Resurrections,” which Warner Bros. shifted from an exclusive theatrical release to a same-day streaming debut on HBO Max, the service that parent company WarnerMedia launched in 2020 to compete with Netflix.

According to Village Roadshow, the December simultaneous release cut the legs off the movie’s box office, which totaled a meager $37.6 million in the U.S. and Canada.

The “Matrix” sequel was part of Warner Bros.’ controversial 2021 same-day HBO Max film release strategy, dubbed “Project Popcorn,” which was meant as both an adaptation to the COVID-19 pandemic and an adrenaline shot for its new streaming business. Filmmakers and production companies were angry about losing potential profits, so the company cut deals with stars, directors and financial partners.

But Warner Bros. and Village Roadshow couldn’t come to terms ahead of the fourth “Matrix” film’s debut, and now the finger-pointing is rampant.

“Village’s actions have been duplicitous and this dispute is equally contrived,” the studio said in a statement. “Village was happy to have their name on the credits of the film, traveled to the world premiere in San Francisco, and held themselves out to the media as producers on the film. … This is not how we conduct business, certainly not with trusted partners.”

The dispute is much wider than “The Matrix” and “Project Popcorn,” though. Warner Bros. is planning to release half of its movies direct-to-streaming rather than in theaters. Village Roadshow says some of those films are derivative works (sequels or spinoffs) of properties it co-owns.

Beyond the streaming concerns, Village Roadshow accused Warner Bros. of preventing the company from participating in works based on its movies in violation of its rights.

Village Roadshow said Warner Bros. did not allow it to co-invest in the upcoming movie “Wonka,” starring Timothée Chalamet, even though it co-financed the 2005 Roald Dahl adaptation “Charlie and the Chocolate Factory.” Warner Bros. argues that the new movie is not a direct prequel to the Johnny Depp film, so the studio wasn’t required to let Village Roadshow in under the terms of their contract.

“When Village Roadshow refused, WB said the quiet part out loud: it will not allow Village Roadshow to benefit from any of its Derivative Rights going forward,” the company said in its complaint.

Producers who’ve worked with Warner Bros. and Village Roadshow, who spoke anonymously to protect relationships, were quick to point out that neither firm is quite the same as it was when the pact began in 1997.

At that time, Village Roadshow Pictures was the film subsidiary of Melbourne, Australia-based Village Roadshow Ltd., the entertainment giant founded by Roc Kirby. Warner bosses maintained tight relations with the Kirby family through the years. In 2013, Village Roadshow execs flew in from Down Under to attend the retirement party of Warner Bros.’ longtime chairman Barry Meyer following a bruising succession battle.

But Village Roadshow is now held by private equity firm Vine Alternative Investments, which acquired a controlling stake with Falcon Investment Advisors in 2017. Village Roadshow’s film-focused former leaders, including Bruce Berman, who was once a Warner Bros. executive, have since left. The company is now run by Steve Mosko, a TV veteran who was recruited as chief executive after a long career at Sony Pictures Television.

For its part, Warner Bros. has gone through multiple messy corporate sagas over the years. Talent relations deteriorated under ownership by AT&T, which took over Warner Bros. in 2018 as part of an $85-billion acquisition of Time Warner. Now the phone giant is about to spin off WarnerMedia and merge it with Discovery in a deal expected to close as soon as April.

Many of the people who oversaw Warner Bros. during the good times of the Village Roadshow relationship — from Bob Daly and Terry Semel to Meyer and Alan Horn to Kevin Tsujihara — are long gone. Still, some of the people who manage day-to-day business at Warner Bros., including chief operating officer Carolyn Blackwood, have been at the company for years.

If Village Roadshow and Warner Bros. broke up for good, it would be the latest co-financing arrangement to fall by the wayside. Studios used to welcome partners to co-invest in movies in order to mitigate risk through broad deals. Now that intellectual property is everything to entertainment companies, they want to keep more of their franchises to themselves.

The transition to streaming has also turned traditional co-financing on its head. With the theatrical business model, financiers would share in the profits from a box office hit. But if a movie goes to streaming on HBO Max, where it’s a small part of a larger subscription offering, the financier doesn’t get the same upside.

Legendary Entertainment invested in Warner Bros.’ “The Hangover” and “Dark Knight” movies through a co-financing deal that ended in 2013. Now Legendary makes films with Warner Bros. through a different strategy, in which Warner Bros. releases Legendary movies, including the recent “Godzilla vs. Kong” and “Dune,” while also investing in its productions.

Warner Bros. in 2018 decided not to renew its co-financing deal with RatPac-Dune after The Times reported that director and producer Brett Ratner had been accused of sexual harassment and misconduct by multiple women. Ratner denied the allegations. Warner Bros. in 2019 bought out RatPac-Dune’s financial stakes in movies including “Wonder Woman.”

Co-financing still exists in Hollywood through companies like Canada’s Bron Creative, though such deals now largely serve to de-risk pricey gambles on adult dramas like MGM’s “Cyrano” and “House of Gucci.” Studios aren’t as inclined to share the profits from more sure-thing blockbusters, like DC superhero movies.

The Village Roadshow-Warner Bros. case is set to begin in earnest with a hearing scheduled for March 11. Warner Bros. wants to force the dispute into arbitration, and has heavy hitters to make its case. Daniel Petrocelli, the litigator who represented Walt Disney Co. in its streaming-related fight with Scarlett Johansson, is serving as outside counsel for the studio.

Zev Raben, an entertainment lawyer at Ramo Law who is not involved in the dispute, expects the case to eventually be resolved through arbitration or a settlement. Such a result would mirror how Disney and Johansson settled their differences in September with undisclosed terms.

“Arbitration is preferred in the entertainment industry by a lot of parties, and one of the primary reasons is it keeps the dirty laundry a little bit out of sight,” Raben said. “My fear is that will continue to be a little bit in the dark on how these things are getting sorted out.”

Wed Mar 16 , 2022
I am often asked by clients which invitations they should accept or extend on LinkedIn. Let’s look at this from a few different angles to find out what the right approach is for you. Can You Connect The Dots? The most direct answer I offer you is: If you can […] 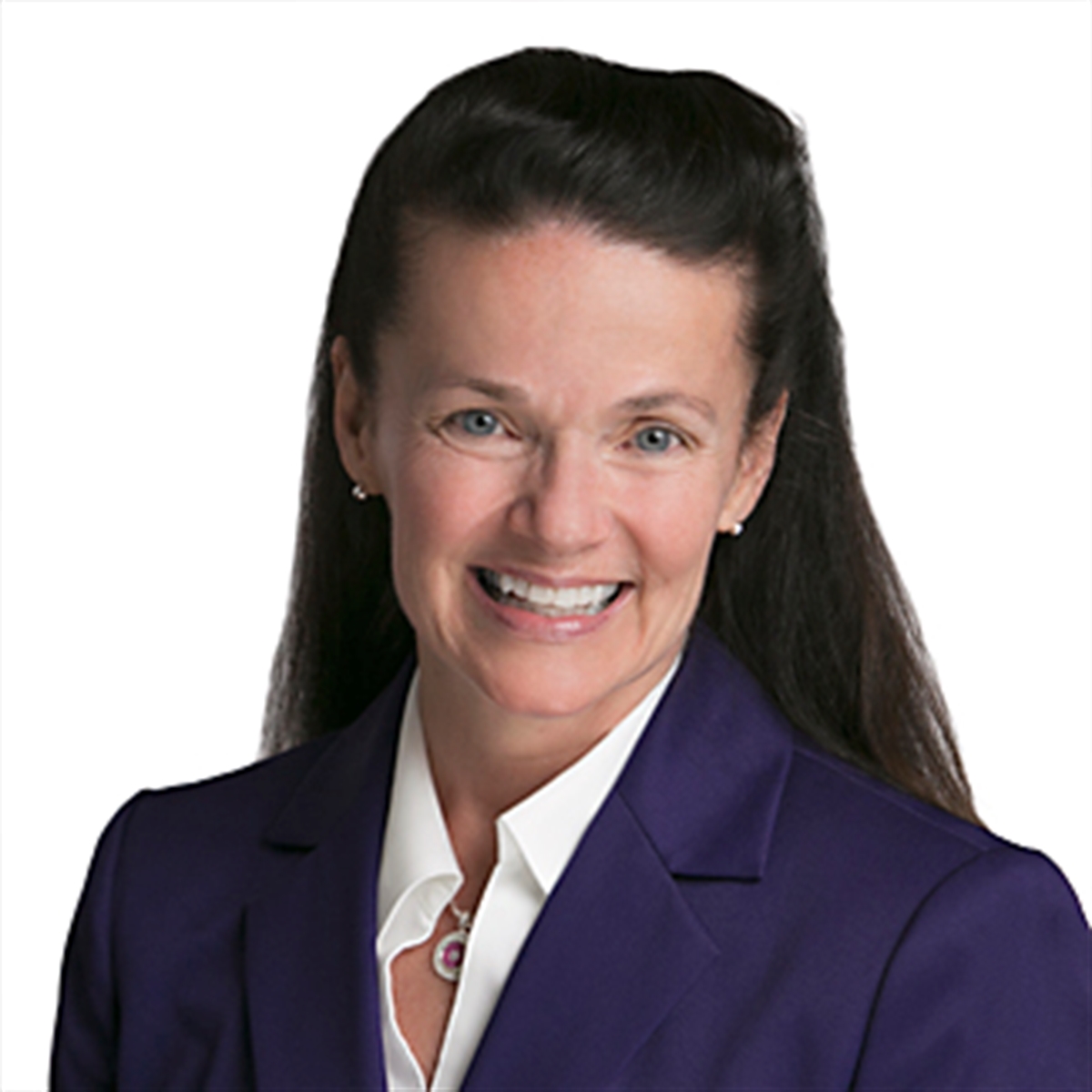