This week, the U.S. Senate passed the “Honoring our Promise to Address Comprehensive Toxics Act” (Honoring our PACT Act) to change how the U.S. Department of Veterans Affairs (VA) handles the cases of veterans exposed to burn pits. The bill contains proposals from members of the Florida delegation.

The Senate voted to advance the measure 86-14 with all opposition coming from the GOP ranks. Florida’s two U.S. senators–Republicans Marco Rubio and Rick Scott–backed the proposal.

Mast helped shape the proposal. In 2018 and 2019, Mast and then U.S. Rep. Tulsi Gabbard, D-Hi., worked on a proposal having the federal government evaluate veterans and active-duty personnel who might have been exposed to open burn pits and airborne chemicals. Over the past three decades, more than 140,000 servicemembers and veterans have reported exposure to burn pits and toxic chemicals.

In 2018 with the support of Gabbard, Mast introduced the “Burn Pits Accountability Act” which they also introduced in 2019. The proposal had the U.S. Defense Department list servicemembers who could have been exposed to open burn pits or airborne toxins, enrolling them in the Airborne Hazards and Open Burn Pit Registry. It also ensured the Defense Department and the VA share information about burn pit and airborne toxin exposure. The bill was brought into last year’s National Defense Authorization Act (NDAA).

At the end of spring 2020, Gabbard introduced the “SFC Heath Robinson Burn Pit Transparency Act” with Mast as the main cosponsor. According to Mast’s office, the bill “would require the VA to document, track, notify Congress of all cases of burn pit exposure reported by veterans to the VA.” U.S. Sens. Sherrod Brown, D-Ohio, and Rob Portman, R-Ohio, championed the proposal in the U.S. Senate but the bill did not reach the finish line.

Back in April, with Gabbard now out of Congress, U.S. Rep. Tim Ryan, D-Ohio, took over the bill with Mast as the main co-sponsor.

“I was proud to introduce the Sergeant First Class Heath Robinson Burn Pit Transparency Act today,” Ryan said. “The bill is named in honor of an Ohio Army National Guard Soldier frequently exposed to burn pits who died last year at only 39 after waging a three-year battle against lung cancer. The VA can and must do better in identifying and supporting veterans exposed to burn pits as well as providing them the care and benefits they have earned and so deeply deserve.”

“When I was serving in Afghanistan, trash and human waste were often burned in open air pits. These burn pits are emerging as the Agent Orange of my generation. Service members that were exposed in Iraq and Afghanistan are seeing horrible health effects and are dying as a result,” Mast said. “We’ve made progress, but much more must be done, which is why we need this bill to track exposure to burn pits so exposed veterans can get the care they need.”

The bill was sent to the U.S. House Veterans Affairs Committee. Brown and Portman continue to push the legislation in the Senate.

Ryan and Mast were able to get the proposal rolled into Tanako’s legislation.

“This legislation will finally treat toxic exposure as a cost of war by addressing the full range of issues impacting toxic-exposed veterans including access to earned benefits and healthcare through the Department of Veterans Affairs (VA). It has the strong support of 42 Veterans Service Organizations, the Biden-Harris Administration, and advocates Jon Stewart and John Feal,” Takano’s office noted. U.S. Sen. Jon Tester, D-Mont., championed the bill in the Senate.

“For too long, Congress and VA have been slow to act on toxic exposure—but today, the House took a bipartisan vote to change that and finally make good on our promise to toxic-exposed veterans by passing my Honoring our PACT Act,” said Takano. “After years of diligent input from toxic-exposed veterans, my colleagues, our staff, VA, and VSOs, we passed the most comprehensive legislation to date to treat toxic exposure as a cost of war and ensure that all toxic-exposed veterans can access the care and benefits they’ve earned. This fight is not over, but I will not rest until our veterans have a guarantee in statute that their government will take care of them when they come home—no matter the cost. I’m so grateful for the strong support from Speaker Pelosi, President Biden, and our dedicated VSOs and advocates, and I look forward to working with Senator Tester to pass truly comprehensive legislation through the Senate and send it to the president’s desk. Toxic-exposed veterans do not have time to wait.”

“Burn pit exposure is the Agent Orange of my generation, but I don’t want to see my brothers and sisters in arms go through what Vietnam veterans were unjustly forced to suffer through when it came to getting the treatment they need,” Mast said. “We have to track the exposures and support those impacted so that they receive the care that they deserve. Today’s vote is a huge step in the right direction, and I look forward to seeing it signed into law.”

Rubio also helped shape the bill, including rolling a proposal into the final legislation. Back in March 2021, Rubio teamed up with U.S. Sen. Kirsten Gillibrand, D-NY, and U.S. Reps. Brian Fitzpatrick, R-Penn., and U.S. Rep. Raul Ruiz, D-Calif., to bring back the “Presumptive Benefits for War Fighters Exposed to Burn Pits and Other Toxins Act” which would “streamline the process for obtaining VA benefits for burn pit and other toxic exposures” while expanding the number of health problems the federal government associated with burn pits.

“Our war fighters had a job to do, and they did it honorably and without hesitation,” Rubio said when the bill was introduced. “We will never be able to repay them and their families for their sacrifice, but we can — and we must — take care of them now. This historic and long overdue legislation will cut through the red tape to ensure veterans exposed to burn pits and other toxins while defending our nation will receive the care they need and deserve. No more excuses. No more delays. It is time to act.”

“More than three million service members could have been exposed to toxic burn pits, yet the VA continues to deny them care by placing the burden of proof on veterans suffering from rare cancers, lung diseases, and respiratory illnesses,” Gillibrand said. “Congress cannot sit by as the VA ignores its duty. The bottom line is that our veterans served our country, they are sick and they need health care—period. The Presumptive Benefits for War Fighters Exposed to Burn Pits and Other Toxins Act will finally establish a presumptive service connection for veterans exposed to burn pits and other toxins and streamline the process for obtaining vital VA benefits. I am proud to cosponsor this bipartisan legislation with Senator Rubio, and I thank Congressman Ruiz for his leadership in the House. I urge my colleagues on both sides of the aisle to support this bill and to apply common sense and common decency to a broken process.”

Rubio weighed in this week after his proposal was included in the bill that passed the Senate.

“When men and women volunteer to serve our nation, to put their lives on the line, they expect the government will be there for them,” Rubio said. “Far too often that hasn’t been the case. Some gave their lives on the battlefield. Others died from debilitating diseases when they came back home. For them, this bill comes too late. But for others, it will provide the care they desperately need and selflessly earned. We will never be able to repay them and their families for their sacrifice, but we can—and we must—take care of them now.”

The White House left no doubt on Tuesday that President Joe Biden will sign the bill into law.

“Today’s bipartisan Senate vote to advance the Sergeant First Class Heath Robinson Honoring Our PACT Act of 2022 is a critical step towards delivering health care and benefits to veterans and survivors impacted by toxic exposures. Veterans and advocates across the country have spoken out about the importance of this legislation, which represents one of the most significant and substantive expansions of benefits and services in the Department of Veterans Affairs history. We also appreciate the Senate working across the aisle to address outstanding concerns and ensure that the Department has the support to effectively implement it,” said White House Press Secretary Karine Jean-Pierre.

“We owe it to our veterans and their families to address these consequences comprehensively. Unfortunately, it has taken decades to understand the dangerous effects of harmful environmental exposures—leaving too many veterans without the benefits and services they need and deserve,” she added. “America’s veterans are the best of us. Delivering for our veterans is a key pillar of the Unity Agenda the president outlined at the State of the Union – because we can all unite around supporting veterans who have served our nation. President Biden looks forward to working with Congress to swiftly enact this legislation and continue to uphold our sacred obligation to support those who have served our nation, their families, caregivers, and survivors.”

Originally from Jacksonville, Kevin Derby is the editor of Florida Daily and covers politics across Florida. Reach Kevin at [email protected] 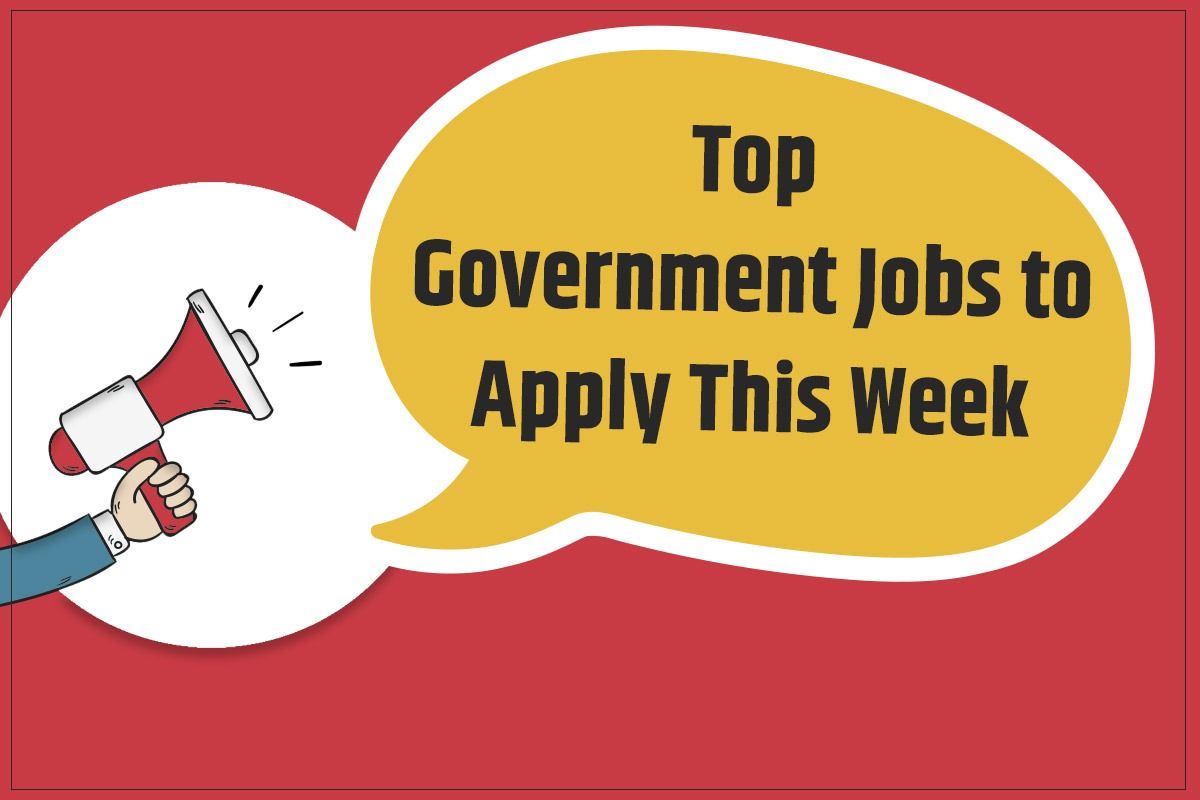