With each step up the utility pole, the leather tool belt rattles against Frankie Martinez’ waist. He climbs at a glacial pace. The hooks on his steel-toed boots jam into the wood. A soft, subdued thud.

His stomach churns, uneasy from lunch: a bacon cheeseburger and protein bar.

Every other trainee has reached his summit, the poles arranged in a circle outside the St. Petersburg College Allstate Center. They wait for Martinez, their bodies perched 45 feet high.

The 20-year-old struggles below, just two-thirds of the way up.

The climb marks the first challenge of a new, 14-week certification program, intended to prepare students for work in the electrical industry. A career at Duke Energy or Tampa Electric, perhaps, await those who graduate. The linework could one day lead to six-figure salaries, growth and stability.

A hand extends to Martinez from above.

“Give me some of that love, baby,” says Jermeil “Jay” Douse, a limber ex-quarterback. He beckons Martinez to the peak, fingers outstretched.

The belt tethering Martinez to the pole slips 6 inches. He staves off nausea. A splinter tears his skin. Two, maybe three, minutes have elapsed since the second-to-last trainee finished his climb.

“Get moving,” the instructor yells. “You’ll be doing this every day on the job.”

In less than four months, the 15 men will learn “the most basic of the basics” of linemen work, said instructor Steve Magenheimer. “Such a small fraction of the job.”

St. Petersburg College welcomes the trainees Monday through Thursday, from 9 a.m. to 3:30 p.m. More than 300 hours of curriculum are divided between a windowless classroom and outdoor training center.

Students will dig holes, master electrical theory and, of course, climb poles. To pass the course, they need to operate a bucket truck, complete 18 quizzes on utility technology and learn about electricity on fake power lines, which crisscross above a courtyard dotted with purple flowers. The men leave the program with commercial driving, CPR and Occupational Safety and Health Administration workplace safety training.

Each one also will rescue a 180-pound dummy from atop a pole in under four minutes.

“That’s easily the most grueling week of them all,” said Sebastian Castillo, an 18-year-old who graduated in the program’s first cohort this June. Two weeks later, he started as a street light technician for PowerTown Line Construction, a contractor that services the Florida electric grid.

Nine of the 14 students in Castillo’s class received full-time apprenticeships.

Those positions last four years with a scheduled raise every six months and a guaranteed linemen title at the finish line. According to the Bureau of Labor Statistics, line installers and repairmen earned an average of $68,030, or $32.71 per hour, nationally in 2020. Overtime for nights, weekends and severe weather is “part of the job,” Magenheimer said.

He estimates that five to 10 years in, linemen qualify for less physically strenuous roles away from the poles and an annual income easily above $100,000. Magenheimer said buddies of his make $150,000 to $170,000.

Now 59, he interviewed for his own apprenticeship 40 years ago in a beige building near the Allstate Center. He knew then — and preaches now — about the life linework offers. “Big money. Big benefits,” he said. “It’ll take care of your family and anything else you need to take care of.”

That is, if the linemen navigate the perils of the job.

Linework unfailingly makes the list of most dangerous jobs compiled by the U.S. Department of Labor each year. In 2018, the most recent year numbers were available, 29 lineworkers died after plummeting from heights or receiving an electric shock. The fatal injury rate was 19.3 per 100,000 people.

“You only get one mistake in this industry,” Magenheimer said to the class on day one. “You pay attention to the safety measures, or you lose your life.”

Before trainees attempt the climb to the top, they start small.

“Don’t get more than 12 inches off the ground,” says Magenheimer, wearing jeans and a long-sleeve tee, the lineman uniform.

They adjust their hard hats and rubber gloves. To climb, each trainee must pull a belt _ and their body _ up several inches on the pole using a mixture of brute strength and coordination. Then, the men push angular shoe blades firmly into the post.

‘I have to learn to trust in these 3-inch hooks, in the system, in myself,’ Martinez said.

Magenheimer has seen experienced linemen run up poles in 10 seconds. (The fastest trainee clocked in at 1:46 on week one.)

Douse is a natural. He fastens the equipment in minutes and sits inches off the ground, waiting for the go-ahead to climb.

“I love a challenge,” says Douse, 29, with a self-described baby face. “And I heard every day is different here.”

Born and raised in St. Petersburg, Douse tried to break into linework for three years. He worked a job in water utilities and another with underprivileged kids in Pinellas Park. His legs retained muscle from the long-gone days of high school football. His arms skillfully grip the pole.

The knee replacement he braved in college barely deters him.

“You’re already looking like a pro at this,” another student says to Douse.

Douse turns to Martinez, tells him his belt is twisted.

He normally thirsts for thrill. Once, he used a season pass to ride rollercoasters at Universal Studios nearly 40 times in a year. The Appalachian Mountains called to him last summer, when Martinez hiked for three days.

Climbing poles, though, is a “life and death situation,” he said.

Even with fall protections in place, linemen slip, scraping skin against the pocked wood. They endure blade wounds. Sometimes, they need stitches.

“I have to learn to trust in these 3-inch hooks, in the system, in myself,” Martinez said.

Martinez left Jacksonville and an offer from the power company JEA in early summer. That apprenticeship would have paid but required a higher level of physical fitness, described online as “highly competitive and rigorous.”

Not everyone is made to climb, Magenheimer said. But trainees also learn at different speeds, demonstrate different strengths.

This course is a chance to learn from the ground up. And for Martinez to eat more and bulk up his wiry frame.

He moved in with his girlfriend in St. Petersburg last month and kept his 5 to 10 p.m. shift at Publix. After four years there, Martinez signed up for the course looking for better pay and less repetitive work.

If linework pans out, he can finally quit.

“I’ve always been a slow learner,” Martinez said. “I know I’ll get there.”

Other members of the class found their way to the program through hiring events and online advertising. A few heard from Facebook, from relatives or from friends with jobs at Duke.

The power giant employs around 600 line technicians to service 1.9 million customers in Florida. Six hundred lineworker jobs open annually in the state and 8,900 nationally, according to the Department of Labor.

Each year, Duke hires 75 people to fill positions of workers who leave or retire. This certification course is a helpful prerequisite to Duke’s entry-level training, said spokesperson Ana Gibbs. It boosts the chances of landing at the company and touches on skills taught in the initial days of apprenticeship.

Starting people on a path to economic mobility is part of the goal.

The company donated $100,000 for the classroom materials, facility and instructor — and another $30,000 for equipment.

Considering the number of storms and hurricanes that hit Florida, electrical workers are always in demand, Gibbs said. Duke ships in dozens of contractors and laborers from partner companies around the state and country during severe weather.

Two community organizations, CareerSource Pinellas and Urban League, covered the cost of tuition — just less than $5,000 — for most students.

Dan Fumano, the certificate program coordinator at St. Petersburg College, said the course cost was capped at what those organizations could support. “Starting people on a path to economic mobility is part of the goal,” he said.

Representatives from the college and Duke Energy interviewed candidates who submitted an interest survey. They searched for “good fits,” as Fumano put it, with a passion for electrical work.

That includes a Largo man whose bus commute begins at 6 a.m. A former history teacher and commercial real estate agent who “thought he would be a millionaire by now.” A military veteran. An expectant father.

A member of the first cohort was previously homeless.

Only one, also in the first class, has been a woman.

Fumano said hundreds are on the waitlist. They inundate his email inbox. Several offer to pay their own way.

The next classes starts Nov. 1 and March 14.

Martinez inches toward the top of the pole — and Douse’s fingers.

Arms shaking, he pulls a water bottle from the pouch behind him and guzzles. The tool belt is too high around his belly, so he can’t sit in the harness. It forces the brunt of his weight onto his lean legs. They ache.

Some trainees waiting above clap and cheer. Others just stare. They lean into their harnesses, awaiting the tricky climb down.

On the ground, Magenheimer furrows his brow. He crosses his arms over the pacemaker in his chest. “C’mon,” he says to Martinez. “Get there.” A few students watch with him.

Douse shakes his arm at Martinez. He’s above the treeline, feeling “like a bird,” he says.

Martinez pants as he inches up. His neon shirt sticks to his stomach. The sweat moves along his sunglasses down his nose.

One more step. Another. Another.

He grabs Douse’s hand. They smile at each other, tilt their faces to the sky.

Top Photo: Frankie Martinez, 20, reaches his hand out to classmate Jermeil Duse, 29, while following their instructor’s direction to do so during St. Petersburg College’s electrical lineworker class on Thursday, July 15, 2021, in St. Petersburg, Fla. (Ivy Ceballo/Tampa Bay Times via AP)

Copyright 2022 Associated Press. All rights reserved. This material may not be published, broadcast, rewritten or redistributed.

New laws coming into effect in Canada in 2022 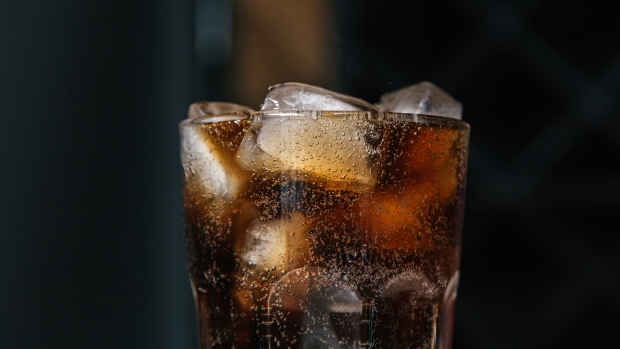