Unbeknownst to their members nationwide, the leaders of Liberty HealthShare have signed a settlement agreement with state regulators that forces Liberty to pay thousands of dollars in fines and fees, removes Liberty’s top leaders and alters the operations of the Jackson Township-based health care sharing ministry.

Separately, the owners of three for-profit companies that have been primary vendors of Liberty have signed their own settlement agreement that sets aside millions of dollars intended to benefit former and current Liberty members.

Hundreds of members have accused Liberty of failing to timely pay health claims.

Details of both settlement agreements were revealed in documents filed this week in federal court as part of a lawsuit brought in October by four out-of-state Liberty members who claim Liberty misrepresented itself, sold illegal health insurance and funneled money that was supposed to help pay people’s medical bills to its leaders and their friends and family.

As a health care sharing ministry, Liberty, which operates two office buildings in Jackson Township and employs roughly 470 workers, is different from traditional health insurance. Its members, who affirm they are of the Christian faith, make monthly payments that are used to cover the medical bills of others in the group.

Healthshares, which often are nonprofit organizations, provide no guarantee that a member’s claim will be shared with other members or covered. Liberty operated on an annual budget of nearly $56 million, according to its IRS filing in 2020.

The four Liberty HealthShare members — current member William Rooker of Maryland and former members Rochelle Glasgow of Montana, Donna Landry of Washington and Bonnie Martin of Maryland — are seeking class-action status. If granted, the lawsuit could include all current and former members of Liberty, which incorporated in 2014 and served more than 70,000 families nationwide in 2020.

Ohio Attorney General Dave Yost, whose office is responsible for regulating Ohio nonprofit organizations such as Liberty, is listed as a nominal plaintiff in the federal lawsuit.

U.S. District Judge John Adams in Akron has given the attorneys for the four Liberty members until March 11 to respond to the filings seeking the lawsuit’s dismissal.

A message seeking comment from Liberty was left Wednesday afternoon.

How did the settlements come about?

According to the court filings, the Ohio Attorney General’s Office began in January 2018 investigating the two nonprofit organizations doing business as Liberty HealthShare, the National Coalition of Health Care Sharing Ministries and Gospel Light Mennonite Medical Aid Plan, to determine whether they had misused charitable funds and property.

The investigation concluded that Liberty may have violated Ohio law related to charitable trust and solicitation activities, but it does not detail the potential violations or how they occurred.

On March 15, Yost approved a settlement agreement with Liberty’s past three chief executive officers, Dale Bellis, Druzilla Abel and Larry Foster, along with each nonprofit’s board of directors, which is responsible for overseeing the finances and general operations of Liberty. The board for the National Coalition of Health Care Sharing Ministries dissolved its nonprofit operations in June and transferred its assets to Gospel Light, records show.

On Dec. 10, Yost approved a separate settlement agreement with three companies and their owners: Cost Sharing Solutions, a marketing and promotional services firm owned by Daniel Beers II, Brandon Fabris and Ronald Beers; The Medical Cost Savings Solution, a company that provides repricing, medical discount, bill negotiations and bill clearinghouse services that is owned by Thomas Fabris; and Barat Consulting, a Barberton company that received payments from Cost Sharing Solutions and Medical Cost Savings Solution and is owned by Scott Barat. Barat and Barat Consulting are not named in the federal lawsuit.

Daniel Beers, the father of Daniel Beers II, also is named in the settlement agreement and listed as previously holding the position of member development partner for Liberty.

Each of the individuals and companies named in the settlements has denied violating Ohio law. Their settlements state the agreement is not an admission of wrongdoing but an act to resolve the issues, allegations and claims.

The 29-page settlement between Yost and Liberty, Bellis, Abel and Foster:

What does the settlement with the vendors say?

According to court filings, the Ohio Attorney General’s Office negotiated with the vendors providing services for Liberty HealthShare for eight months before reaching the Dec. 10 settlement agreement.

Besides the federal lawsuit, Liberty is fighting an investigative subpoena from California Attorney General Bob Bonta.

Liberty has requested a Stark County Common Pleas judge to grant a protective order to quash the subpoena, stating that it had answered the attorney general’s questions in September about two of its advertisements. Liberty states it declined to respond to the attorney general’s subsequent request in October because the additional information being sought did not pertain to the accuracy of Liberty’s advertising and had no legal basis.

Representatives from Bonta’s office declined to specify whether the attorney general was investigating Liberty specifically or as part of a larger review of health care sharing ministries. Bonta earlier this month announced he was suing The Aliera Companies and the family that founded Sharity Ministries, formerly known as Trinity Healthshare, for selling unauthorized health plans.

“Attorney General Bonta is concerned with any health care sharing ministry (HCSM) that is misleading consumers by using language that makes it harder to distinguish from traditional health insurance; or language that promises to cover medical costs, but leaves consumers holding the bag for exorbitant medical costs; or any fraudulent business that holds itself out to be an HCSM, but is not compliant with federal and state law requirements,” Bonta’s representatives told the Canton Repository in a statement. “If HCSMs are operating outside of the laws in California, we are looking at them.” 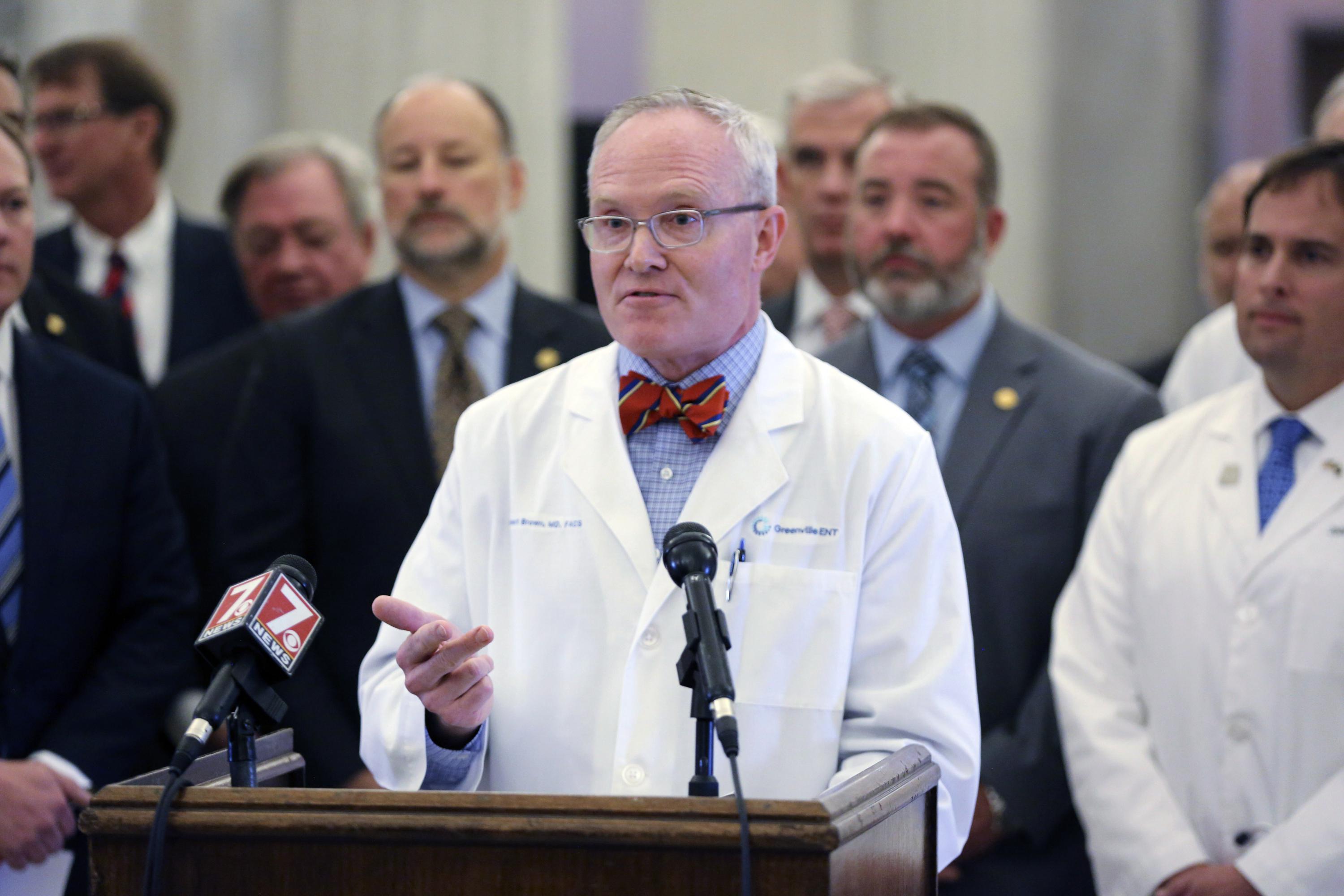