Firms are still trying to calm a “perfect storm” of stressors, unveiling a variety of creative perks and wellness programs to fight the mental fog brought about by the pandemic. But the legal industry conversation on mental health and wellness, which began gaining traction even before COVID-19 swept the globe, may still be selling the problem short, some analysts say.

Among Big Law’s most common forecasting and decision-making errors over the last 18 months and even today is “a chronic underestimation of the effect this was having on attorney well-being and mental health in particular,” said Randy Kiser, a legal industry scholar and analyst at DecisionSet.

And it manifested in a large number of firms’ initial response to the virus shutdowns.

“There was not a strong reaction to protect attorney well-being, which also would’ve been a logical response to the circumstances,” Kiser said. “COVID was primarily seen as a financial threat, and that’s why the actions taken were cost-cutting, furloughs, draw reductions. I think if we are objective and we just look at what actions were taken, we can see they were directed to a very narrow aspect of law firm performance. However important, it was still just directed at profitability, and not attorney performance.”

There were firms that avoided such measures, of course, and perhaps even went out of their way to make sure they prioritized people over profits. But even still, many firms have struggled to wrap their arms around the challenge of fostering wellness—in-part because it’s so vast, and because the obstacles are significantly baked in to the industry.

Those obstacles have been exacerbated during the COVID era, with demand cranked up to an all-time high, law firms busier than ever and seeking talent more than ever.

In that environment, leaders can encourage their lawyers and staff with extra personal days, teach them how to spot deficiencies in their well-being and seek on-demand counseling, for instance. But the alchemy that necessitates those interventions remains unchanged.

“So for example, we can encourage people to take time off, but if we don’t change billing hour requirements, decrease workloads, or assist managers in trying to alleviate this staffing crunch, how is that going to work?” said Marcie Borgal Shunk, a law firm consultant and founder of The Tilt Institute. “So, we’re saying the right things, and acknowledging the right challenge, but I don’t know if we’ve necessarily identified what the right solutions are on a broad basis.”

She pointed to the results of a McKinsey survey, published last month, that found about 40% of employees said they were at least “somewhat likely” to leave their current jobs. The top reasons cited were not feeling valued by organizations or managers, and not feeling a sense of belonging at work. Borgal Shunk said she’s seen comparable numbers coming from law firms as well.

But Borgal Shunk noted the fatigue isn’t just limited to the rank-and-file. Law firm leaders have also faced unprecedented challenges and scrutiny over the last 18 months, causing leadership burnout to rise to an all-time high.

“People at the top are also equally, if not more susceptible to these types of challenges with mental health and wellness,” she said.

A sense of connection is a common reason firms are trying to bring their people back to the office. But office returns present somewhat of a conundrum, too. Many people and firms underestimated how long they’d be working from home when COVID-19 shuttered much activity in the U.S. last year. And now, analysts have said, they may be overlooking the stress of returning to in-person work.

Consider Allison Blixt, senior director of professional development, diversity and inclusion at Wilson Sonsini Goodrich and Rosati, someone who thinks going back to the office could be “equally as traumatizing” as the move away from it in spring 2020.

Blixt said in an interview this week that in addition to adding things like a wellness reimbursement program and an extra two weeks of paid time off during the pandemic, the firm is doing all it can to empathize with its people about a planned return to in-person work, currently slated for February. She said part of it is communicating that the office experience will be more thoughtful and purposeful this time around, but also just understanding the prospect can still cause anxiety.

“I don’t think we can underestimate the next transition point and the effect that’s going to have on people. There are people who rode five days a week on public transportation, who haven’t been on public transportation since the beginning of the pandemic—since 2020. And even just the thought of getting on the train, that’s a big deal for people,” Blixt said. “So, there has to be ongoing conversations, ongoing empathy, not just an automatic date when everything just goes back. There has to be a humanity in it all.”

The Global Lawyer: What Kirkland's Move Could Mean for 'Salaried Partners'

Tue Jan 25 , 2022
The Kirkland Effect In October, Kirkland & Ellis announced that a record 151 of its lawyers were to be promoted to partner. More young lawyers having a say in how the firm is run, a chance to share in the profits, forging their own bespoke relationships with major clients—well, that’s […] 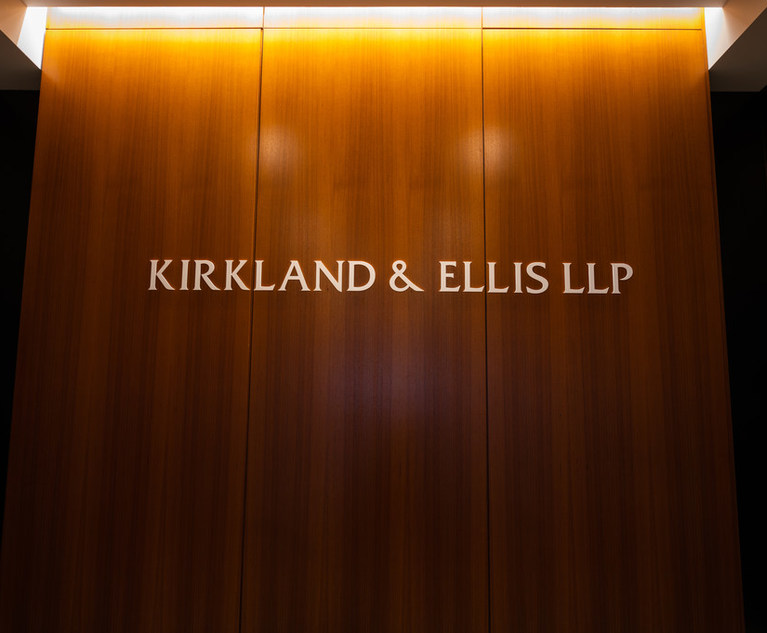