India aims to create six million jobs over the next five years, according to this week’s budget announcements. It will not be easy: the country’s unemployment rate has exceeded most emerging economies in recent years. Craig Jeffrey and Jane Dyson, who have studied joblessness in India, write on the nature of unemployment in India.

In the mid-2000s, a group of students at a college in Meerut, Uttar Pradesh, jokingly referred to themselves as a “nowhere generation”.

Worn down by years of fruitless attempts to acquire government employment, this group said that they were stuck between their rural homes and dream of urban mobility. “Berozgaari” (unemployment) seemed to have left them high and dry – marooned by modernity.

“Well, our life has just become about timepass,” they would say. (Timepass is an Indian English word which means spending time without a purpose in life.)

In the last two weeks, as the scale of India’s employment crisis has become more evident, media and popular attention has swung again to the phenomenon of the “unemployed youth” in India.

Hundreds of millions of poorly employed young people, many of them highly educated, challenge the story of India’s rise and boosterish projections of Asia benefiting from a “demographic dividend”.

The problem of unemployment, as evident in the mid-2000s, has grown substantially since that time.

As concern about unemployment intensifies, the media spotlight inevitably swings between loud demonstrations and the stump speeches of the politicians.

But if we adjust our gaze and put aside received stereotypes about unemployed youth as a danger to society, we might ask: What are young people actually doing at the everyday level in India? How do they spend their time? How do they relate to their communities? How are they changing India?

For men, a lack of a “pukki naukri” (permanent job) often undermines their identity as breadwinners. Added to this, they often feel bitter about the time they invested in education and job searches.

Work is also connected to citizenship. Many young people spent their teens and early twenties dreaming of serving the nation through obtaining jobs in government service that have become ludicrously difficult to secure.

Small wonder that many unemployed young people, especially men, have become cynical and detached, describing themselves as people “doing nothing” or engaged only in timepass. Nowhere generation is everywhere, it seems.

But such self-stereotypes of the unemployed and underemployed “doing nothing” – or of them being “nowhere” – should not be taken at face value.

Young people are often closely involved in forms of entrepreneurship at the everyday level. They find “fallback” work, not necessarily of high quality or utilising all of their skills, but good enough to offer some sense that better employment may materialise in the future.

What is also remarkable is the extent of the community service performed by young people who are unemployed and under-employed. This section of society has become the mainstay of India’s civil society.

At the most mundane level, these young people often act as interpreters of social change, volunteers and helpers for others in their villages or town neighbourhoods. They help people access state services. They circulate new ideas, for example regarding technology, microcredit, religious practice, environmental care, and development.

Sometimes these young people protest, but most often this mobilisation is around services and infrastructure rather than politics. They want a better maths teacher or an extension to their school.

One thing that many unemployed young people have told us is that even if they cannot help themselves, they may be able to help the generation coming after them.

Younger youth – teenagers and pre-teens – are grappling with educational and career choices that are new and which their own parents struggle to understand. The generation in the middle, unemployed or underemployed 18-35-year-olds who have had to live through recent struggles of seeking work, become the key “beech ki pidhi” (intermediary generation).

To paint this picture is not to romanticise either young people or unemployment. But it is to acknowledge a centre of energy in the Indian population – unemployed young people in their late teens, twenties or early thirties who live in ordinary places across India. They are crucial to India’s and the world’s future trajectories.

It is also to ask questions of policymakers.

How could external organisations better support this community of young people? Perhaps India’s enormous Mahatma Gandhi National Rural Employment Guarantee Scheme could be expanded to include structured opportunities for young people to undertake the type of community service they are leading. Maybe efforts could be made to find ways to accredit active unemployed or under-employed young people with skills.

One thing is clear: Youth themselves are desperately eager for such opportunities.

Craig Jeffrey and Jane Dyson teach Human Geography at the University of Melbourne. Jeffrey is author of several books on India, including Timepass: Youth, Class, and the Politics of Waiting in India. Dyson is author of Working Childhoods: Youth, Agency and the Environment in India.

Sun Feb 6 , 2022
OVERSTREET, Glendon “Abe” Passed peacefully into eternal life at the Southern Arizona VA Hospital in Tucson, Arizona on April 26, 2021, at the age of 93. Born in Harrodsburg, KY on January 3, 1928, to Onias and Blanche (Cole) Overstreet. Preceded in death by his parents and sister, Lowana Overstreet, […] 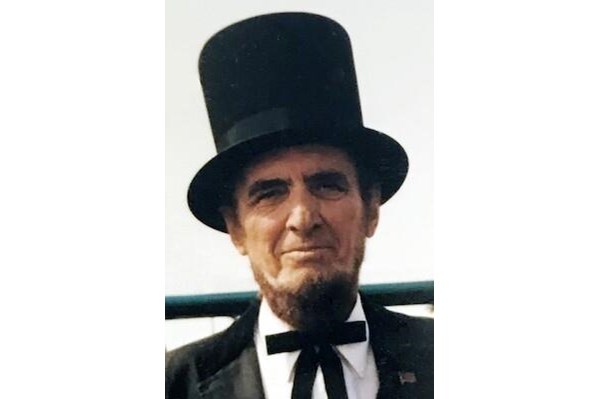