Law firms have a ton of data at their fingertips, but few of them are actually using it to fuel more effective lateral strategies.

Using data analytics in talent acquisition and retention is becoming more common, but the so-called moneyball approach hasn’t become mainstream. Industry-watchers say many law firm decision-makers remain skeptical of this method and whether it adds value. They also point to the existing partner-first culture of most firms, and a general lack of expertise in statistical analysis at law firms.

Law Firms Are for Partners

One of the most prominent reasons law firms fail to embrace data-driven decisions is simply the nature of the traditional legal business model, Tim Corcoran, veteran legal industry consultant, said.

“Law firms are generally not designed to maximize profits or client satisfaction or even quality,” he said. “They are designed to meet a partner’s needs and demands.”

And a culture that dictates partner consensus is unlikely to encourage data-driven decisions, Corcoran said.

“There is a desire for autonomy taken to an extreme,” he said. “In some cases, a firm is just a collection of silos sharing a logo on a business card.”

The resistance may be based on selfish reasons. For instance, Corcoran said, data-driven decisions might be bad for a certain partner’s business, if the data finds that their practice is not as lucrative for the firm as others.

But not all reasons are selfish. Partners are right to be skeptical of relying on data alone, he said.

“A law firm might consciously choose to sustain a practice because it is legacy—it isn’t an economic drain and might be a feeder for other practices,” he said. “But when viewed in isolation, the practice may not look like a rock star. Data can’t make that decision for them.”

Few firms have the infrastructure needed to incorporate data analysis and statistical methodology into legal business strategy. For one, few people can claim expertise in both.

Evan Parker, CEO and founder of Parker Analytics, is one of those few people. He maintains that data-driven decisions, especially in the realm of predictive analytics on the success of potential hires, will become more mainstream. But adoption has been slow because few people have the necessary background in statistics and law, he said.

“In a few years, that might change. But right now, firms are thinking about whether they should hire someone for this sort of role,” Parker said. “The problem is that it is still an emerging role. When someone hires a CMO, they know what they are getting and what that person will do. This is different.”

Also slowing that process is the amount of work required to make data analysis useful. Collecting data alone is a big task.

“When we start in the earliest days, we handle the integration of all their data, but they have to create [the data] in its rawest form,” Parker said. “Not everyone enjoys that. You are asking people to do more than their normal responsibilities.”

The next question is whether that investment of time and resources will pay off.

“You have to come back to measurability,” he said. For instance, “If you demonstrate you have a 20% higher success rate on your law school recruits by posing four questions in every interview and assessing those answers, you would probably get buy-in.”

Measuring returns is not simple, he noted. Each firm defines success differently, and it is not a zero-sum game.

“Success and failure are not binary,” he said. “It isn’t like 70% success and 30% failure. You have a bell curve. A whole lot of statistical salesmanship would be required.”

“In other words,” Wetmore said, “I’m not volunteering to market this product to law firms. I’ll keep my day job.”

Parker, speaking from his own experience, said navigating strategy with data becomes more fun after the initial work is completed.

“You get to a comfort level,” he said. “The best thing you can have is a willingness to take a chance, and then you can see it is working, and eventually it becomes a virtuous cycle.”

Still, getting to that stage requires a change in habits and motivating people to optimize processes that are already working pretty well.

“Are big firms doing poorly financially? No,” Parker said. But “Do they invest a lot in people who leave quickly after being hired? Yes. Is that as sensible as it can be? No.”

Fri Jun 3 , 2022
Protests over the killing of a 36-year-old government employee from the Kashmiri Pandit community in Srinagar swept the Union territory on Friday as people blocked roads, shouted slogans, and 350 employees threatened to resign from their government jobs. Lieutenant governor (LG) Manoj Sinha announced the formation of a Special Investigation […] 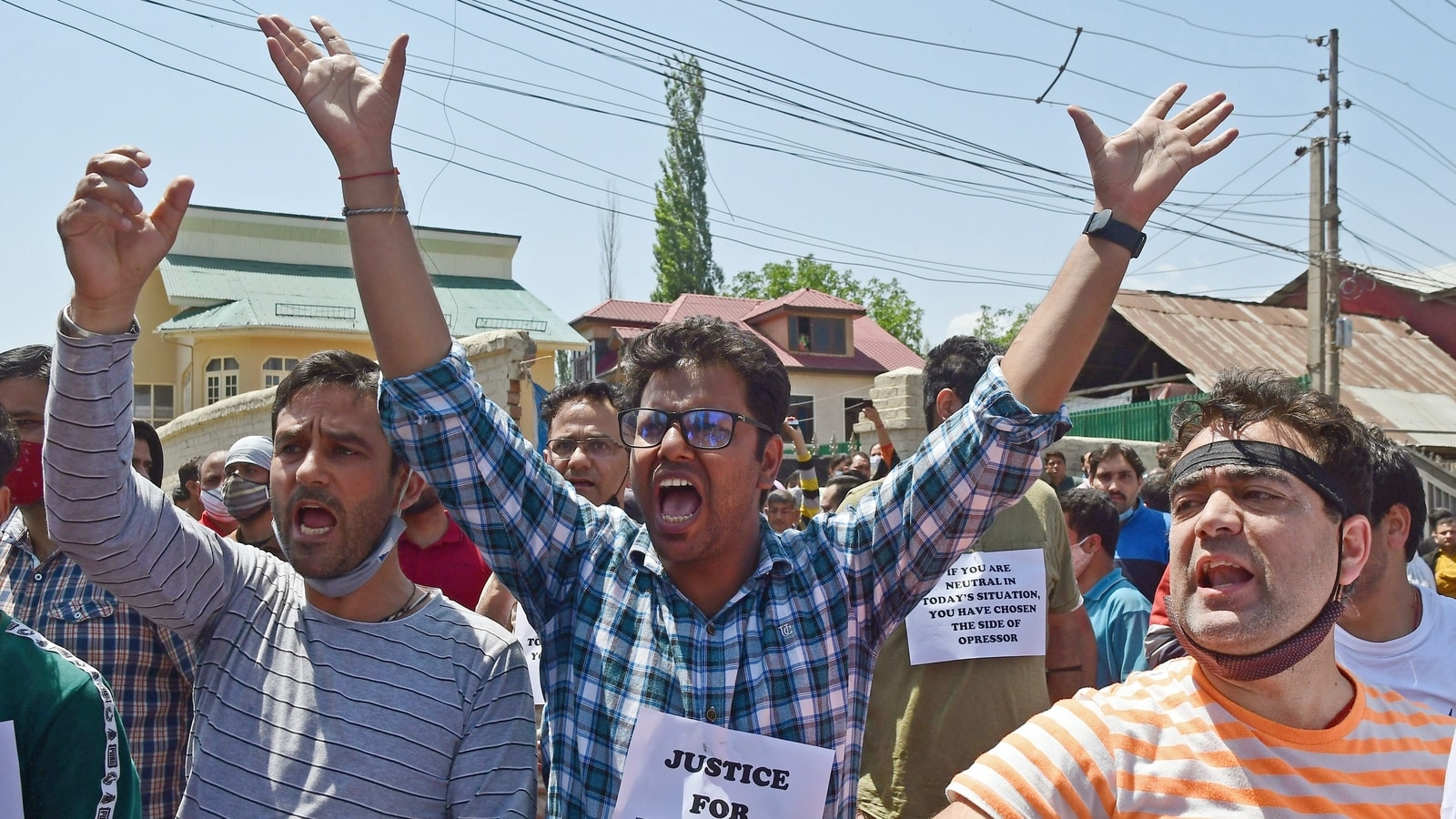