Huntington officials appointed 11 white men to top town government positions, a move that led to criticism of the selections and the recruiting process.

Town board member Mark Cuthbertson said the hirings do not reflect the town’s diversity and challenged posting the job opportunities only on Republican Supervisor Chad Lupinacci’s election team’s transition website.

“At the end of the day we got all white males, many of whom who have run for office as Republican candidates,” Cuthbertson, a Democrat, said. “It would indicate to me they were not casting a very wide net for candidates.”

Resolutions were passed in a 3-2 split vote at Tuesday’s town board meeting to appoint directors and deputy directors for the general services, public safety, parks and recreation, environmental waste management, information technology and maritime services departments. Two men also were appointed to the planning and zoning board of appeals.

The title of director of environmental waste, which pays $120,000, is to be filled by Republican John Clark, who lost his election bid to become the town’s highway superintendent. The post for deputy director of the department of maritime services is to be filled by Republican Dom Spada, who lost his bid for the county legislature in the November election. He will be paid $60,000 for the part-time job.

“We always look at backgrounds, community involvement, educational backgrounds, what their experiences are — the totality of the candidate,” Lupinacci said.

Tuesday’s appointments were approved with Cuthbertson and board member Joan Cergol, a fellow Democrat, voting no.

They objected to some of the same proposed appointments at the board’s Jan. 23 meeting, saying they weren’t given sufficient time to review resumes or offer candidate recommendations. Lupinacci delayed the appointments resolution until Tuesday.

Cergol said while the positions are “vital,” she still had several questions, including who else was up for the jobs and how wide a net was cast to fill them.

Board member Ed Smyth, a Republican, said diversity should not be the focus of hiring.

“Whenever possible, it’s something that should be embraced,” Smyth said. “But I don’t think diversity for diversity’s sake is a virtue.”

Lupinacci said his administration has not finished hiring and that job opportunities are posted on various websites and spread through word-of-mouth.

Cuthbertson said in the past the board has advertised in the newspaper and otherwise “let it be known” the board had positions to fill. They hired from other municipalities, and board members were able to interview several candidates, not just the final candidate, he said.

Town Board member Eugene Cook, an Independence party member who dropped out of the supervisor’s race last year over the lack of diversity on the Republican ticket, said while he thinks Cuthbertson and Cergol were “grandstanding,” he encourages them to recommend candidates for upcoming jobs.

“I’d be more than happy to interview them,” Cook said of management job candidates. “I hope it becomes more diverse; I would love to see more women and more people of color getting jobs.”

Director of the department of general services, Andre Sorrentino, $120,000

Director of the department of public safety, Peter Sammis, $115,000

Director of the department of parks and recreation, Greg Wagner, $115,000.

Deputy director of the department of parks and recreation, William Musto, $100,000

Director of the department of environmental waste management, John Clark, $120,000 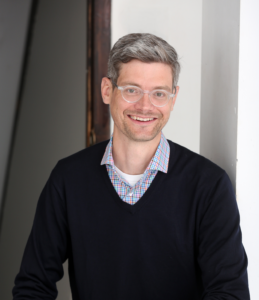