Over the course of a year, Jarrett generated just under 9,000
new Tezos tokens. Jarrett then reported these tokens on his federal
income tax return and was assessed $3,793 in taxes. That’s
where the issues began.

The IRS’s View of Virtual Currency

Since 2014, the US Internal Revenue Service (IRS) guidance has
expressly treated all forms of virtual currency as commodities
(property). IRS Notice 2014-21 states: “For federal tax
purposes, virtual currency is treated as property…. Under
currently applicable law, virtual currency is not treated as
currency that could generate foreign currency gain or loss[.]”
In effect, this means that most owners of virtual currency do not
incur tax liability until their holdings are
actually sold, and the resulting income or loss is
determined at the time of the transaction. While mark-to-market
method taxpayers may incur tax liability based on fluctuations in
the value of virtual currencies that they continue to hold, accrual
and individual cash-method taxpayers such as Jarrett generally do
not. Rather, much like the sale of a car, or a piano, or a loaf of
bread, the tax obligation is tied to a realization and recognition
event, which usually occurs when the asset is transferred from one
person to another at a profit or loss.

The IRS has treated the receipt of newly “mined”
virtual currency as property received for the performance of
services. In answer to FAQ No. 8 in its 2014 guidance, the IRS
wrote that “when a taxpayer successfully ‘mines’
virtual currency, the fair market value of the virtual currency as
of the date of receipt is includible in gross income.” The IRS
did not further define what it meant by the term “mine.”
But in common usage, “mining” generally refers to virtual
currency created via proof-of-work (POW) consensus mechanisms
(i.e., those in which “miners” compete to earn block
rewards by being the first to solve a complex mathematical
problem). The term is not as often associated with the type of POS
validation processes in which Jarrett participated.

A Case to Watch: Jarrett v. the United States of
America

Which leads to the question now pending in the U.S. District
Court for the Middle District of Tennessee: Can Jarrett be taxed
for new tokens that he generated through staking but has not yet
transferred or sold? Jarrett argues, “no.” As his lawyers
put it: “Like a baker who bakes a cake using ingredients and
an oven, or a writer who writes a book using Microsoft Word and a
computer, […] Mr. Jarrett will realize taxable income [only] when
he first sells or exchanges the new property he created[.]” On
the other hand, the IRS likely believes that tokens obtained
through staking should be treated the same as tokens
“mined” via POW, as taxable income akin to a payment
received in exchange for validating transactions on the blockchain.
This dispute forms the basis of the lawsuit Jarrett filed in 2021,
seeking a $3,793 refund from the IRS.

Throughout the case so far, surprisingly, the Justice Department
lawyers tasked with defending the IRS have had some difficulty
articulating its bases for taxing Jarrett’s tokens. In its
August 2021 answer to the complaint, the government denied that
“virtual currency is in all instances property for purposes of
U.S. tax law.” That denial raised eyebrows among many
observers, particularly given its apparent contradiction of the
IRS’s own 2014 guidance. The government has not since
articulated the circumstances in which it views virtual currency as
property received for the performance of services. In general, this
would be a beneficial answer for the crypto community because the
value of the tokens received is likely to be small when received.
When the tokens are then later sold or exchanged, future gains
could be treated as long-term capital gains. In other words,
it’s better to have a small amount of ordinary income today and
significant amounts of long-term capital gains in the future.

Hoping to avoid an adverse decision that might limit its ability
to tax staking activities as full ordinary income transactions in
the future, the IRS recently offered to refund Jarrett the full
amount of his claim in exchange for dismissing the case. On
February 3, 2022, however, Jarrett announced that he was turning
down the IRS’s offer and would seek a final court decision
instead. “Until the case receives an official ruling from a
court, there will be nothing to prevent the IRS from challenging me
again on this issue,” Jarrett said in a statement. “I
need a better answer.”

The upshot is that US District Judge William L. Campbell, Jr.,
of the Middle District of Tennessee, will now decide—as a
matter of first impression—exactly how POS-based virtual
currencies ought to be treated for federal income tax purposes.

Industry groups like the Proof of Stake Alliance have rallied to
support Jarrett’s cause, and the case has come to be seen as an
important bellwether for the government’s treatment of POS and
virtual currencies as a whole.

In the past year, POS consensus mechanisms have skyrocketed in
popularity; the reported market capitalization of the top 30 POS
tokens was almost $600 billion at the end of Q3 2021. Ethereum, the
second most popular virtual currency in the world, has announced
plans to fully transition to POS before the end of 2022. Large
exchanges have set up “staking pools” to allow
individuals to combine their resources and engage in shared POS
staking activities. The tax treatment of staking, therefore, is
likely to have consequences worth billions of dollars for
investors, exchanges and the government. Of particular
significance, more favorable tax treatment for POS validation could
give it a leg up in the ongoing competition against POW-based
currencies and tokens, including Bitcoin.

Thus, what began as a simple dispute over $3,793 is now likely
to have reverberations throughout the multi-billion-dollar virtual
currency industry. A trial in the Jarrett case
is currently scheduled for March 2023. With apologies for the pun,
the stakes could not be higher.

This
Mayer Brown article provides information and comments on legal
issues and developments of interest. The foregoing is not a
comprehensive treatment of the subject matter covered and is not
intended to provide legal advice. Readers should seek specific
legal advice before taking any action with respect to the matters
discussed herein.

Mon Feb 14 , 2022
The company and law firm names shown above are generated automatically based on the text of the article. We are improving this feature as we continue to test and develop in beta. We welcome feedback, which you can provide using the feedback tab on the right of the page. January […] 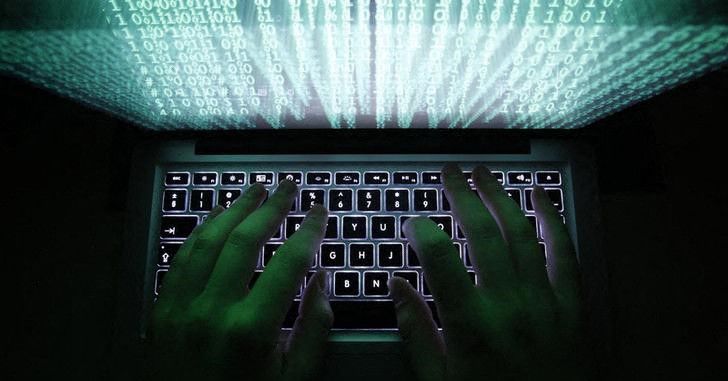