RALEIGH, N.C. (WGHP) – Hemp and CBD could become illegal in North Carolina by the end of June as the state’s temporary legalization comes to an end. Now, the state Senate has approved the bill that would keep it legal.

On Tuesday, the North Carolina Senate unanimously voted to pass Senate Bill 762. The bill still needs approval in the House and the governor’s signature before becoming law.

The bill would allow farmers to continue to grow hemp as a foundation for the fiber found in rope and garments and other products but also for the CBD products, such as oils, vapes and other consumables. The difference is that these products are very low in intoxicants, such as THC, and serve more to soothe people than to make them high.

Since hemp farming became legal under federal law in 2014, there are about 1,500 hemp growers and more than 1,200 processors in North Carolina registered under the USDA Domestic Hemp Production Rule. But North Carolina has looked at this as a pilot program, which is scheduled to end in June. Since January all those producers had to be registered under that USDA rule.

The 2022 Farm Act redefines the difference between hemp and marijuana. Hemp is described as being cannabis that has 0.3% less Delta-9, which is the chemical that makes a marijuana user high. Hemp would be removed permanently from the state’s list of controlled substances. There are 31 other states in which hemp is decriminalized, as North Carolina does for now.


What is Delta 9 and how is it legal?

The proposed law says that: “’Hemp’ means the plant Cannabis sativa and any part of that plant, including the seeds thereof and all derivatives, extracts, cannabinoids, isomers, acids, salts, and salts of isomers, whether growing or not, with a delta-9 tetrahydrocannabinol concentration of not more than three-tenths of one percent (0.3%) on a dry weight basis. ‘Hemp products’ means all products made from hemp, including, but not limited to, cloth, cordage, fiber, food, fuel, paint, paper, particleboard, plastics, seed, seed meal and seed oil for consumption, and verified propagules for cultivation if the seeds originate from hemp varieties.”

Eric Stahly, who owns the cannabis oil outlet Modern Apotheca in Raleigh, said that her business wants “rules and regulations so it’s a fair marketplace to participate in and so that our customers get high-quality products that they deserve.”

The Hemp Company, another store in Raleigh, markets its products for people who range “from adults struggling with anxiety to seniors dealing with age-related aches and pains.” Its website is marketing a petition under KeepHempLegal.com.

Law enforcement officials have opposed this law, wanting hemp and marijuana to remain illegal, but Eddie Caldwell of the North Carolina Sheriffs’ Association, which has long led the opposition, said that his group does not have a position on the law.

“We will be following it and consulting with the association leadership if it continues moving through the legislative process,” Caldwell said.

But State Sen. Brent Jackson (R-Sampson County) is one of the proponents of the bill, and he said he thinks it’s logical and will advance with the approval of law enforcement.

“Law enforcement has seen that it’s not a problem,” Jackson said. “You know, we’re even discussing medical marijuana now. So, I think the train is moving.”

But that momentum for medical marijuana – differentiating from recreational marijuana – could take months or even into next year before the General Assembly acts.

Senate Bill 711, called the Compassionate Care Act, would legalize medical marijuana on a prescription basis, and many in the industry, like Jackson, have said they think this move is gaining momentum. The bill could advance in the next week or so, though, supporters say.

“Currently, those conditions include things like cancer, multiple sclerosis, PTSD, there’s 13 different conditions that you’d have to go to a qualified doctor that keeps particular records that would then provide a essentially a prescription and then allowed someone to get a card that would then allow them to purchase from a medical marijuana facility,” Matthew Rodgers, an attorney in Hickory, told Queen City News.


More than 10,000 truck drivers taken off the road this year over marijuana violations

But the voters polled were split more evenly when the question was about recreational marijuana, with 46% in favor of legalization and 43%, saying it should remain illegal. But the idea has gained popularity in some corners.

Senate Bill 765, filed Monday by Democrat Toby Fitch from Wilson, would allow people 21 and older to have a small amount of recreational marijuana. This follows House Bill 617 that was filed last year, with state Rep. Pricey Harrison (D-Greensboro) as a primary sponsor and Rep. Amber Baker (D-Winston-Salem) as a co-sponsor.

Many oppose recreational marijuana because they believe it will be a gateway to other drugs, such as cocaine and heroin.

Thu Jun 2 , 2022
Law firms have a ton of data at their fingertips, but few of them are actually using it to fuel more effective lateral strategies. Using data analytics in talent acquisition and retention is becoming more common, but the so-called moneyball approach hasn’t become mainstream. Industry-watchers say many law firm decision-makers remain skeptical of this method […] 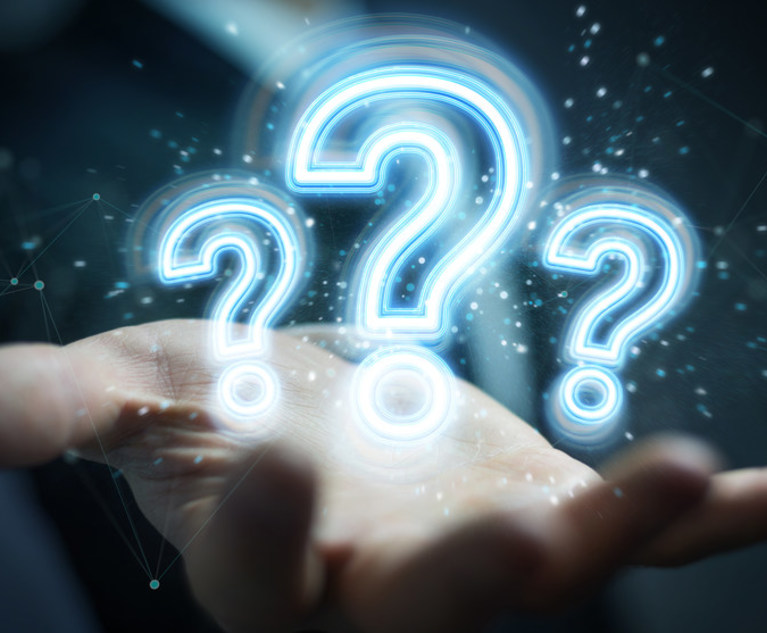