The Biden administration wants to reduce the number of multi-resident rooms in nursing homes, but it will need an assist from Congress to make it happen.

As part of a proposed overhaul of nursing home regulations and oversight, the Centers for Medicare & Medicaid Services wants to phase out rooms with three or more people and create more single-resident rooms.

“Most nursing home residents prefer to have private rooms to protect their privacy and dignity, but shared rooms with one or more other residents remain the default option,” said a recent White House fact sheet. “These multi-occupancy rooms increase residents’ risk of contracting infectious diseases, including COVID-19.”

That pandemic focus on infection control has sparked greater interest in the Green House Project, a nonprofit group working to replace institutional nursing home environments with more home-like living quarters. Nursing homes would like to move in that direction, but industry officials say federal money is needed for most operators to replace and renovate aging, hospital-like facilities that are typically more than 40 years old.

“If the president really wanted to jump-start this program, perhaps it’s zero-interest loans” to help operators convert older three- and four-bed units with shared bathrooms into private, individual rooms, said Neil Pruitt, chairman and CEO of PruittHealth, which operates more than 100 nursing homes in the Southeast.

Single rooms account for 18% of nursing home beds at PruittHealth. That should grow to 27% in two years and to 34% in five years, Pruitt said.

Customer demand for private rooms had been growing for several years, but “the pandemic really accelerated our plans” to provide more, Pruitt said.

In 2020, researchers from the University of North Carolina and the Green House Project found Covid infection and mortality rates were much lower in Green House facilities and other home-like nursing home models than in traditional facilities.

In the Green House “small home” model, up to 12 residents share a dining area, living room, outdoor space, and communal kitchen, with each person having their own bedroom and bathroom. Several of these campuses can be housed in a large building, or a single one can stand alone. In a nod to infection control, direct-care staffers in a Green House model only work with residents in single unit.

But nationally only about 4,100 residents in 32 states live in Green House facilities, said Alex Spanko, the group’s communications director. That’s not even 1% of the more than 1.4 million people who reside in over 15,500 Medicare- and Medicaid-certified nursing homes.

The Green House Project wants the Biden administration and Congress to require private nursing home rooms as a mandatory condition of participation in Medicare and Medicaid, Spanko said. That requirement could be phased in over several years, he said.

Federal funding to support such requirements could be provided through a dedicated pool of federal money for nursing home capital improvements, specially structured Housing and Urban Development loans, or higher reimbursements from Medicaid, the nation’s leading payer for nursing home care, Spanko said.

Extra Medicaid funding tied to redesigned facilities would also make private lenders more comfortable providing loans for renovations and construction, Spanko said. And the money should come with requirements for greater transparency and reporting, something the Biden administration has already called for, Spanko added.

The CMS did not respond to several requests for comment about its plans. But the call for change has been growing.

More than 200,000 residents and staff at nursing homes and other long-term care facilities have died from Covid-19, according to the Kaiser Family Foundation. Experts say infected direct-care staff likely spread the disease to vulnerable residents.

The American Bar Association’s House of Delegates passed a resolution last year urging Congress and the Department of Health and Human Services to review the “advisability and feasibility of phasing in size and design standards for nursing homes that would require small, household model facilities with single rooms and private baths, given their safety and infection control advantages.”

Lawmakers have also taken notice. In 2020, Rep. (R-N.Y.) introduced the Keeping Seniors Safe from Covid-19 Through Home Design Act (H.R. 8540), which called for a study on how nursing home design could reduce the spread of disease and infections. Five Democrats co-sponsored the legislation, which stalled in Congress.

The Nursing Home Improvement and Accountability Act of 2021 (S. 2694) calls for a $1.3 billion demonstration project to fund renovations and construction that feature small-home living quarters. It would provide up to $39 million per facility “to implement the types of person-centered design features and workforce strategies that Green House homes have long used,” according to a project web post.

PruittHealth has been able to privately fund its own transition to individual rooms, but the company owns its buildings, which makes it easier to secure loans, Pruitt said.

“I think most providers would want to provide all private rooms, but the ownership structure” is the “biggest impediment” because most operators don’t own their real estate, Pruitt said.

Risky Business: Why US Firms Are Pulling Up Stakes in China

Sat Apr 2 , 2022
As relations between the United States and China have spiraled dangerously downward in recent years, talk of decoupling the world’s two largest economies has grown louder. Former U.S. Treasury Secretary Hank Paulson warned in a November speech that global economic coordination is the only way to avoid future catastrophic financial […] 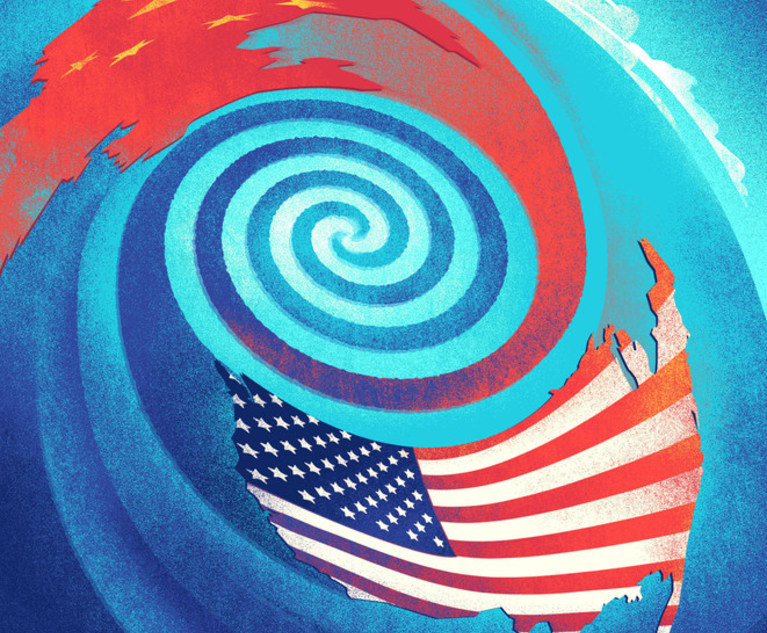