This Equal Pay Day, the White House is announcing critical steps that the Biden-Harris Administration is taking to advance pay equity and promote women’s economic security.

President Biden and Vice President Harris have long championed equal pay as a cornerstone of their commitment to ensuring all people have a fair and equal opportunity to get ahead. Closing gender and racial wage gaps is essential to building an equitable economy and addressing the barriers that have long hampered women from fully participating in the labor force. There is growing recognition that reliance on past salary and a lack of pay transparency can contribute to arbitrary and potentially discriminatory pay that then follows women and workers of color from job to job, entrenching gender and racial pay gaps over time. But we still have work to do. In 2020, the average woman working full-time, year-round earned 83 cents for every dollar paid to their average male counterpart.  Compared with the average man working full-time, year-round, disparities are even greater for Black women, Native American women, and Latinas, as well as certain subpopulations of Asian women.

This Equal Pay Day, the Vice President is hosting a virtual summit, bringing together partners across the country who are taking critical steps to tackle pay discrimination, create good-paying jobs, and support families’ access to care.

Today, the Biden-Harris Administration is announcing new actions to promote women’s employment and support working families across the country. These actions will:

• Advance pay equity for the Federal workforce.  The Office of Personnel Management announced that they anticipate issuing a proposed regulation that will address the use of prior salary history in the hiring and pay-setting process for Federal employees, consistent with the President’s Executive Order on Diversity, Equity, Inclusion, and Accessibility in the Federal Workforce.

• Promote efforts to achieve pay equity for job applicants and employees of Federal contractors. President Biden signed an Executive Order directing the Federal Acquisition Regulatory Council to consider enhancing pay equity and transparency, including by limiting or prohibiting federal contractors from seeking and considering information about job applicants’ and employees’ existing or past compensation when making employment decisions, and appropriate accountability measures.  The Department of Labor will consult with the FAR Council on the efficiency, economy, and effectiveness in Federal contracting that would be promoted by potential regulatory changes, and the most effective implementation strategy for any subsequent rulemaking.

• Ensure equitable access to good-paying jobs. The Department of Labor issued a report analyzing the impact that women’s concentration in low-wage sectors – and their relative underrepresentation in many good-paying occupations – has on their overall economic security and gender and racial wage gaps. The report finds that, in 2019, Black women lost $39.3 billion and Hispanic women lost $46.7 billion in wages compared to white men due to differences in industry and occupation. This segregation intensified the COVID-19 pandemic’s disproportionate impact on women, in part due to the overrepresentation of women in hard-hit industries such as hospitality.

The actions announced today build on steps the Administration has taken to advance pay equity, including:

• Provided immediate relief through the American Rescue Plan (ARP) to millions of women who have borne the brunt of the pandemic.  This work includes: standing up a historic vaccination program that has fully vaccinated more than 215 million Americans; reopening schools; providing direct payments to individuals; expanding nutrition programs for families; providing paid leave tax credits for small and midsize employers; distributing the majority of emergency rental assistance to female-headed households; and expanding the Child Tax Credit, which last year helped reduce child poverty to its estimated lowest level in recorded American history.

• Helped keep child care providers open and boosted pay for child care workers. States have already delivered American Rescue Plan stabilization grants to more than 150,000 child care providers serving more than 5 million children and their families. One survey finds that 92% of providers receiving funds relied on them to help stay open and nearly half used them to repay debt incurred during the pandemic. Many states also used funds to help boost compensation of the child care workforce. For example, Minnesota is requiring providers to increase compensation, while North Carolina and Connecticut offered bonus payments to providers who increased compensation of the workforce. Increasing compensation for child care workershelps narrow gender and racial pay gaps, as more than nine in ten are women and more than four in ten are women of color. While ARP funds allowed child care programs to provide temporary bonuses, they need long-term funding asthe President has proposed to sustainably increase wages.

• Provided tax relief to help families with child care costs during the pandemic by delivering a historic increase in the Child and Dependent Care Tax Credit (CDCTC) to support millions of working families this tax season. The ARP increased the maximum CDCTC for a median income family with two children under age 13 by more than sixtimes—providing up to $8,000 towards child care expenses in 2021. It will reimburse most families for up to half of their child care expenses. And the ARP CDCTC is fully-refundable, helping lower-income parents fully benefit regardless of their tax liability. Even before the pandemic, families struggled to afford child care, forcing parents and especially mothers to forego higher paying jobs, work fewer hours, or take time out of the workforce, leading to lower pay over their career. The President has urged Congress to pass his plan for child care, which could lower child care costs for nine in ten families with young children.

• Increased the minimum wage to $15 per hour for Federal workers and contractors, benefiting manywomen and people of color. The President issued Executive Orders directing the Administration to work toward ensuring that employees working on federal contracts and federal employees earned a $15 per hour minimum wage. Those directives went into effect in January, raising the wages of about 370,000 federal employees and employees of federal contractors. In addition to helping the government do its work more efficiently, these directives take a step towards narrowing racial and gender disparities in income, as many low-wage workers are women and people of color. The order also eliminates the subminimum wage for workers with disabilities. The President has called on Congress to raise the federal minimum wage to $15 an hour, so that American workers can have a job that delivers dignity, and to make greater strides towards pay equity.

• Signed into law the Bipartisan Infrastructure Law.  Administration investments through this law will increase access to good-paying jobs, including for women, people of color, and members of other communities who are currently underrepresented in the sectors where these jobs will be created, such as transportation, clean energy, and broadband.  The Department of Transportation and the Department of Labor signed a memorandum of understanding to promote the creation of good infrastructure and transportation jobs with a focus on equitable workforce development using funding from the Bipartisan Infrastructure Law.

• Issued an Executive Order to promote diversity, equity, inclusion, and accessibility across the federal government – the nation’s largest employer – including by prioritizing efforts to close gender and racial wage gaps, address workplace safety and harassment, including in our national security workforce, and advance equity for LGBTQI+ public servants.

• Issued an Executive Order on Promoting Competition in the American Economy. This established the Administration’s policy of addressing anticompetitive behavior in labor markets, which can fall heavily on women and workers of color. The Order includes specific initiatives to promote competition in labor markets, including encouraging the Federal Trade Commission (FTC) to ban or limit non-compete agreements, and encouraging the FTC and the Department of Justice to strengthen antitrust guidance to prevent employers from collaborating to suppress wages or reduce benefits by sharing wage and benefit information with one another.

Thu Apr 14 , 2022
One couple thought their policy covered the full cost of a rebuild but found they are $600,000 underinsured. They’re not alone in facing the issue of underinsurance. LOUISVILLE, Colo. — Less than two months after the Marshall Fire ripped through Boulder County, the Colorado Division of Insurance has received at […] 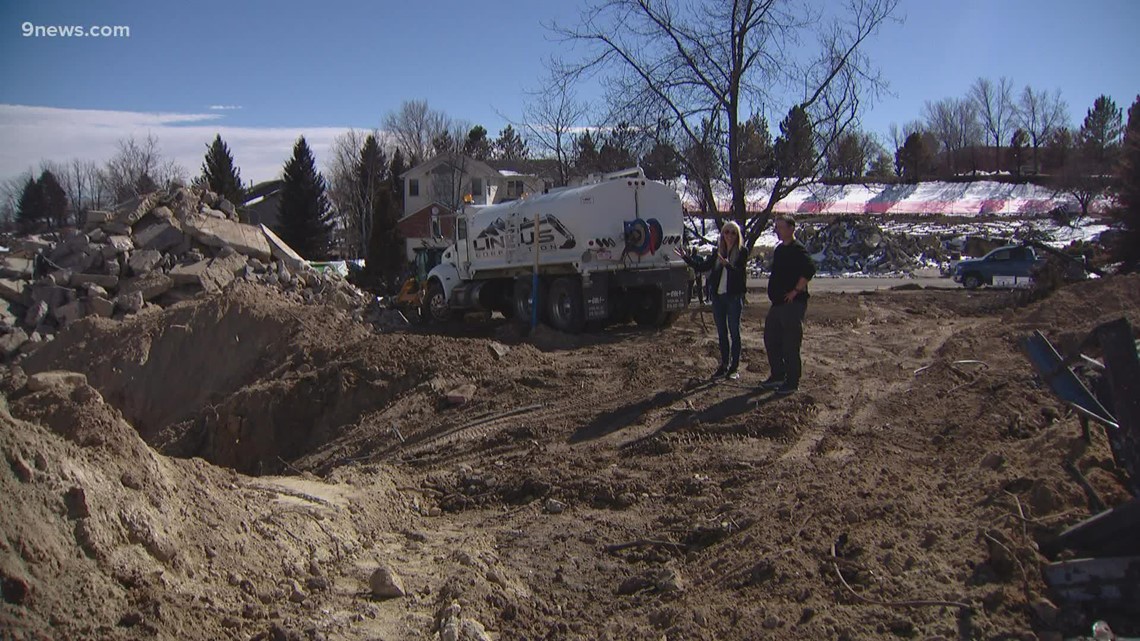