The EPA’s biggest union wants to wrap up its next contract before the 2024 presidential election, for fear that an unfriendly administration will claw away rights and privileges that aren’t locked in, union leaders said.

“That is key,” said Marie Owens Powell, president of the American Federation of Government Employees Local 238, which represents roughly half of the Environmental Protection Agency’s workforce. “We have to get as much as we can as quickly as we can.”

That gives the AFGE about two years to reach a deal with the agency, said Powell, speaking on a Tuesday night conference call with union members to rally support in advance of contract talks, which start on Monday.

A contract with robust language on promotions, health and safety, and other items on the union’s wish list would mean a hostile administration wouldn’t be able to violate those terms without risking a lawsuit, said Joyce Howell, AFGE’s executive vice president.

“We didn’t ever think some of this stuff would happen,” Howell said, referring to protections the union lost during the Trump administration. “It did happen. And now we don’t want it to ever happen again.”

The union is also pushing for a lengthy contract term of 10 years, Powell said, although she added she’s “not that hopeful” the EPA will agree.

An EPA spokeswoman said the agency is “fully committed to meaningful engagement with our union partners to establish an agreement that supports the very best workplace for our employees.”

EPA Administrator Michael Regan has pledged repeatedly to be a union ally, boost staffing levels to reduce the workload on overburdened staffers, ensure employees are given fair access to promotions, and broadly make the agency a more hospitable place to work.

“They are kind of minimal,” Howell said of the agency’s proposals, which the AFGE received last week. “The approach of the agency seems to be to do what the law requires and nothing more. They’re even regressive in some areas—certainly conservative.”

The agency spokeswoman said the EPA will engage in a “good faith conversation at the negotiating table” and is committed to “working through this process toward an agreement.”

On his third day in office, President Joe Biden issued an executive order pledging to rebuild the career federal workforce and serve as a model employer.

The union has thus far sent 37 proposals to the EPA. Among their top requests are enforceable new provisions on diversity, inclusion, equity, and accessibility, Howell said. Minority group representation at the EPA fell 9.2% from fiscal 2009 to 2020, the union said last August.

The agency has been conducting internal surveys and studying the issue, but “I’m always concerned that what a study gets you is a big fat notebook that you take and you put on the shelf,” she said. “What we want is a living commitment in our contract to these values.”

The AFGE will also be pushing for enforceable new language covering discrimination and harassment, as well as a new article that would protect scientific integrity throughout the agency.

The EPA has taken several steps to shore up scientific integrity under Regan. But the union still wants the agency to guarantee that scientists will have a say in the drafting of any EPA position or decision, as a way of ensuring their “words have not been taken out of context,” as happened during the Trump administration, Powell said.

Some of the union’s other demands would expand articles already in the current contract, such as a more generous career ladder to help employees advance professionally—something Howell says has “hit a wall.”

A new GS-7 scientist or engineer who works in Washington makes 20% less than the lowest entry-level salary of an environmental engineer at a private firm, the AFGE said last year.

The union will further push for an expanded article on contract workers.

Although the EPA under Biden “isn’t likely” to contract out jobs, a future administration could try to “reduce the federal employees to a skeleton control and contract out all the other jobs as a means of saving money on future benefits,” Howell said.

Expanded health and safety protections are also on the AFGE’s wish list. Howell said many union members have told her they’ve been “faced with a gun while conducting an inspection,” or “surrounded by a hostile crowd when performing a public meeting. A lot of people don’t feel comfortable going out by themselves into the field.”

Thu Jun 9 , 2022
Ukrainian lawyers, mostly women, are reaching out to legal recruiters in the U.K. seeking work—a very early-days phenomenon that recruiters expect to accelerate over the next few weeks.  Several international and domestic law firms, as well as professional service firms, have already committed to taking Ukrainian lawyers on, recruiters say, and they […] 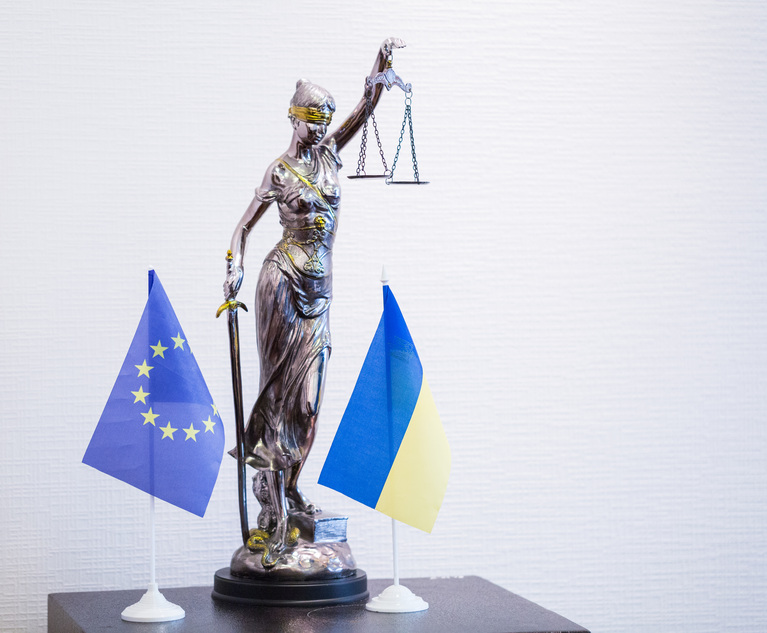