About 40 employers representing a number of industries were recruiting at the North Central ND Spring Job Fair hosted by Job Service North Dakota and the Minot Area Chamber EDC in Minot Wednesday.

“The labor market is very tight right now so you go where you can get in front of people,” said Scott Wirth with Roers, who attended the fair to seek workers for several construction projects in the area.

The March jobs report released by Job Service Wednesday showed 17,806 openings across the state, including 1,596 jobs in Region 2, which includes Ward, McHenry, Mountrail, Renville, Burke, Bottineau and Pierce counties. Healthcare openings, although down somewhat from a year ago, continue to have the highest numbers, followed by agriculture.

Walker said the company offers numerous benefits, including college scholarships and help in obtaining General Equivalency Diplomas (GEDs). Tanner said while the company has had some success with retention, finding new employees has been challenging in the current market for not only the food industry but all employers. However, he noted hiring ability seems to be improving after a particularly difficult period during the COVID-19 pandemic.

The March jobs report released by Job Service North Dakota Wednesday showed open positions down about 1,800 jobs or 9.2% from February.

Phil Davis, workforce services director with Job Service in Bismarck, said the healthcare sector, which always has a high need, saw openings decline in larger cities. That possibly is a sign that jobs are being filled, although a significant need remains in rural areas, he said.

Beyond healthcare, Davis said the rural area has about 1,800 farm openings going into spring planting. Some farms depend on foreign worker programs to fill those jobs, but they are required to advertise and seek workers domestically as well, he said.

Ric Gutierrez with the Minot Vets Center came with information regarding help available to military veterans who are job seeking, including those separating from the military and wanting to stay in the area.

“There’s so many different jobs here in this area,” he said, noting 28 pages of listings provided from Job Service to his office this past week.

Susan Ogurek, workforce center manager for Job Service in Minot, said construction jobs have been picking up, but there are all types of jobs available in the region. As the Baby Boom generation retires and more people either dropped out or went to work for themselves during the pandemic, finding workers to fill positions is more difficult, she said.

“But there’s so many great opportunities out there, especially for young folks,” she said. For those not looking at four-year college degrees, there are a number of skilled trade programs, such as the diesel technician program promoted by Gooseneck Implement at the job fair, she said.

Not only are companies willing to pay to train their employees but Job Service has a Workforce Innovation and Opportunity Act program that pays for training in programs of two-year or less for eligible applicants. Those programs include in-demand occupations in skilled trades and information technology. The program helped one woman escaping domestic violence become a truck driver, and she now owns two trucks and employs others, Ogurek said.

Although a worker shortage is affecting much of the country, it isn’t stopping North Dakota from looking outside its borders for workforce. Job Service is targeting 10 states in a virtual job fair in May.

“We’re competing with all the other states, but I think something that North Dakota and our area can definitely shine on is our safety — our safe communities, our awesome schools. We have outdoor activities year round. We can just offer a lot that, I think, people will enjoy,” Ogurek said.

Even North Dakota’s oil-field companies have had success competing for the nation’s pool of oil-field workers, due to higher wages and the great opportunities here, she said.

Submitted Photo Devin Walter, Matt McLeod, Mike Crisp, Chris Stokke and Lou Leonard take part in a past Guns ‘N’ Hoses Charity Hockey Game. The charity hockey game has become an annual tradition with the benefits from the event going to help someone in the community.

Are Companies Ready for the California Greenhouse Gas Law?

Fri Apr 15 , 2022
Related Practices & Jurisdictions In California, the Climate Corporate Accountability Act (CCAA), also known as SB 260, is making its way through the state legislature, as it passed the state Senate by a margin of 23-7. The bill is currently being considered by the California Assembly, whereafter it would require the […] 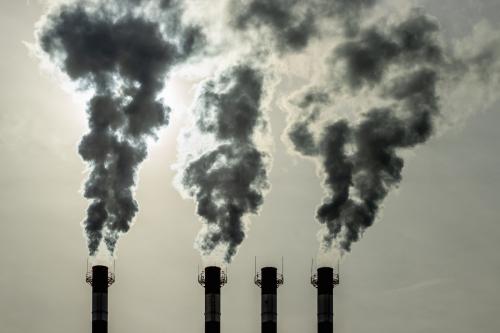