When Fox News aired a segment last week that set out to ”expose the DEI racket,” it included a clip of diversity consultant Ritu Bhasin speaking about the connection between white supremacy and racism. Since then, the former lawyer who now counsels law firms across the U.S. and Canada on DEI has been bombarded with a torrent of hateful vitriol she says is all too common for professionals working in the diversity, equity and inclusion space.

As a former Bay Street lawyer in Toronto whose company, Bhasin Consulting, works with professional firms, including more than 200 law firms across North America, she said she’s not usually subjected to the type of open hostility many of her DEI peers face. Much of the hate mail she received was anonymous and expletive-laden, misogynistic, and filled with calls for her to “go back to where she came from.”

In Fox’s segment, about the evils of critical race theory, the network took a short section from a publicly available YouTube video Bhasin recorded earlier this year on the broader meaning of white supremacy. Host Laura Ingraham followed Bhasin’s clip by saying: “What a terrible way to make a living. No real knowledge of history, zero appreciation of the great blessings of liberty and opportunity that America provides; only resentment politics and a lot of hand movements.”

Bhasin is not American—she is Canadian, of Indian heritage. She has extensive knowledge of human rights issues from her time as a litigator at the Canadian firm WeirFoulds. She also has almost two decades of experience working on recruiting and talent at Stikeman Elliott and at her workplace and career-focused consulting company.

Ingraham’s criticism was not about the work she does, said Bhasin, but “really it’s an attack on me, personally,” and “none of it was constructive.”

People who work in the DEI space are frequently targeted by the far right and end up leaving the profession, she said, adding that in order to stop this, more people need to speak up about racism and inequity.

“People in leadership roles and people who have had power and privilege, like lawyers,” need to be much more vocal so the spotlight isn’t always on the DEI specialists, she said.

While she said she received hundreds of hate messages, some of which she posted on her Instagram page, that type of open, hostile racism is just one end of the scale. Systemic and insidious racism and inequity are still not being sufficiently addressed, she said, particularly in the justice system and the legal profession.

“The legal profession is still deeply entrenched in racism,” she said.

Bhasin noted that critical race theory, which looks at systems and structures in society through a legal lens, arose from legal scholarship. Therefore, it’s “incumbent upon the legal profession to be more vocal about why critical race theory is actually so important,” she said.

Firms in the U.S. are well ahead of their Canadian counterparts in addressing racial bias through actions such as support networks, sponsorships, and mentoring, according to Bhasin.

“In Canada we are afraid to do work through an [equity] lens because it means actually naming it, putting a spotlight on it, doing things differently, doing more for people who come from equity-seeking communities,” she said, adding that no one wants to ruffle any feathers.

She said there was a “massive spike of interest in anti-racism” after the murder of George Floyd and the ensuing protests last year, but since then she’s seen the momentum to address racial inequity “significantly starting to wane” at law firms.

Bhasin said she is not planning on taking any legal action against Fox News or the senders of the hate mail. But her team is looking at other ways to hold people accountable, such as contacting their email providers to report them. Her company will also be beefing up its cybersecurity efforts to protect client information and ward off potential hackers.

“It has had an emotional toll, it has had a work productivity toll,” she said.

Below are some of the hate emails Bhasin received after Fox News aired the DEI piece. She posted them on her Instagram page along with her thoughts about such hate speech (scroll right on the Instagram page to see more of the emails):

Fri Apr 1 , 2022
The Law Society has withdrawn its support for the government’s £135m package of proposed criminal legal aid reform – telling practitioners to think ‘long and hard’ about whether they want to continue doing publicly funded work. Announcing the government’s response to Sir Christopher Bellamy’s review, which recommended an extra £135m […] 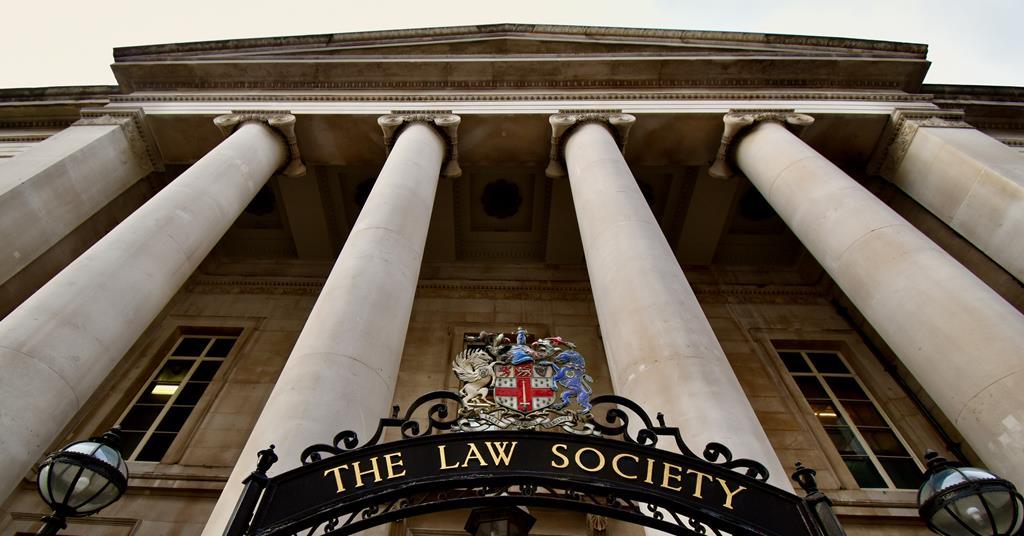