Demonstrators hold up signs during a protest outside the U.S. Supreme Court, after the leak of a draft majority opinion written by Justice Samuel Alito preparing for a majority of the court to overturn the landmark Roe v. Wade abortion rights decision later this year, in Washington, U.S. May 3, 2022.

As protesters gathered and politicians scrambled to speak out, the country’s largest corporations remained largely silent Tuesday after a leaked draft of a Supreme Court decision indicated that conservative justices are poised to overturn a landmark ruling that guarantees access to legal abortions.

Dozens of companies, including Walmart, American Airlines and Disney, have yet to issue statements or respond to CNBC requests for comment. The Business Roundtable, a trade group that’s made up of top CEOs, said in a statement that it “does not have a position on this issue.” Microsoft, JPMorgan and the U.S. Chamber of Commerce all declined to comment.

Many companies and major trade groups are remaining reticent to weigh in, even as the Supreme Court on Tuesday confirmed the authenticity of a leaked draft of the majority opinion, which would toss out Roe v. Wade and nearly 50 years of abortion protection if the justices maintain their position when a decision becomes official. The preliminary vote was first reported Monday night by Politico, which obtained the draft opinion.

The report has thrown companies into an unexpected and urgent communications challenge. The leaked decision is a draft, not the final decision that is expected by the high court around the end of June.

The ruling would permanently alter the health-care decisions of thousands of company employees and customers, but it’s also a divisive issue in U.S. politics — and the leak has exacerbated passions just months before the midterm congressional elections. Plus, the harsh backlash against Disney and other companies that have recently taken a stand on social issues may also be having a chilling effect on corporate America.

“There is no upside in speaking out alone on this. So that is why they need to work collectively,” said Jeffrey Sonnenfeld, professor and senior associate dean of the Yale School of Management. “Nobody wants to have 40% of the country mad at them.”

Sonnenfeld said trade groups, which historically have been the most powerful and safe way for companies to step out, have become “overly cautious” and “neutered” by professional staffs who pingpong between lobbying jobs and don’t want to make waves.

“They would rather write mealy-mouthed, inconsequential, tedious working papers that don’t lead to any clear directives, so that the more you read, the less you know,” Sonnenfeld said.

A new era of uncertainty

Some companies decided to take a wait-and-see approach.

Home Depot, for example, declined to comment through a spokesperson, saying “since this is a draft, it wouldn’t be appropriate for us to speculate on the court’s final ruling.” CVS Health, which owns thousands of drugstores and health insurer Aetna, said in a statement that it is “monitoring the situation closely and evaluating how we can best support the coverage needs of our colleagues, clients and consumers.”

By staying quiet, companies may be courting a harsh response from customers and employees. About 58% of Americans said they would not like to see the Supreme Court overturn its Roe v. Wade decision, versus 32% who would like to see it go, according to the most recent Gallup poll available, which was conducted in May 2021. An NBC News poll from September shows that 54% of Americans believe it should be legal to get an abortion in all or most instances.

A few companies, however — mostly in the tech industry — have responded directly to the draft decision.

Crowd-sourced review site Yelp said in a statement Tuesday “overturning Roe v. Wade will jeopardize the human rights of millions of women who stand to lose the liberty to make decisions over their own bodies.”

“Turning back the clock on the progress women have made over the past 50 years will have a seismic impact on our society and economy,” Yelp said. “Congress must codify these rights into law. In the meantime, more companies will need to step up to safeguard their employees, and provide equal access to the health services they need no matter where they live.”

OkCupid, a dating app owned by Match Group, wrote on Twitter that #RoeVWade “being overturned is unacceptable. OkCupid has proudly supported reproductive rights for years, and we’re not stopping now. Gender equality is at stake and more brands need to step up.”

The company asked followers to tag brands they wanted to see take action and to sign a petition to “stand up for reproductive healthcare.” Match itself did not provide a comment on the draft decision.

Facebook parent Meta didn’t provide a comment on the report, but company Chief Operating Officer Sheryl Sandberg put out a statement on her personal Facebook page.

“This is a scary day for women all across our country,” said Sandberg, who has been a longtime advocate for addressing disparities facing women in the workplace. “If the leaked draft opinion becomes the law of the land, one of our most fundamental rights will be taken away. Every woman, no matter where she lives, must be free to choose whether and when she becomes a mother. Few things are more important to women’s health and equality.”

Some companies declined to respond directly to the draft opinion and the potential for Supreme Court action, but reiterated earlier commitments to help employees gain access to abortion services.

Earlier measures from Amazon and Apple, made in the wake of several Republican-backed state laws that have sought to restrict abortion access, hint at how corporations may respond to a broader crackdown on abortion rights. (Amazon’s policy only applies to U.S. employees who are enrolled in company health plans, a company spokesperson told Vice’s Motherboard.)

Both companies have added travel reimbursement for employees who are forced to seek abortions or other medical care out of state, as more governments across the nation’s Sunbelt pass laws that shutter abortion clinics or limit access in other ways.

Uber and Lyft each said they would cover legal fees for drivers who are sued under an anticipated abortion law in Oklahoma and one recently passed in Texas that bans most abortions after about six weeks of pregnancy. Under both bills, people aiding abortions, including those transporting them to clinics, can be fined up to $10,000.

CVS said Tuesday it has similarly “made out-of-state care accessible and affordable for employees in states that have instituted more restrictive laws,” but declined to elaborate. The company has approximately 300,000 employees.

Yale’s Sonnenfeld said the stakes are high for companies to speak up. Sonnenfeld is a leading advocate for corporate accountability and in recent months compiled an extensive list of corporate actions in Russia around the war in Ukraine.

Corporate brands have retained a high level of trust, he said — even as Americans’ trust of other institutions has eroded. Yet some companies have felt reluctant to take on issues and become the target of governors, he noted, such as Florida Gov. Ron DeSantis and Texas Gov. Greg Abbott, both Republicans.

That risk recently played out in Florida between DeSantis and Disney, one of the state’s best-known corporate residents. DeSantis last month signed a bill that would remove long-standing privileges that have allowed the Walt Disney Co. to essentially self-govern the area around its theme park.

Critics and Democratic members of the Florida legislature argued the move, which carries sweeping tax implications, was motivated by a back-and-forth with Disney over Florida’s so-called “Don’t Say Gay” bill that limits early education teachings on sexual orientation and gender identity.

Disney CEO Bob Chapek faced criticism from employees and creative leaders for initially staying quiet on the bill, but he later apologized for not speaking up sooner and said the company would pause donations in Florida.

Though the bill eliminating Disney’s special district status passed about a month after the “Don’t Say Gay” controversy, Florida state Rep. Randy Fine, a Republican, told CNBC at the time it wasn’t a retaliatory move. However, he also said that “when Disney kicked the hornet’s nest, we looked at special districts.”

DeSantis is widely considered a leading contender for the GOP presidential nomination in 2024. Disney did not respond to a request for comment Tuesday on the draft of the Supreme Court decision.

Sonnenfeld said corporate leaders have demonstrated that their words and actions can make a difference, especially when they band together.

In 2017, CEOs from major companies including AT&T, American Airlines and Texas Instruments spoke out in a letter that opposed the so-called “bathroom bill” in Texas that would have prohibited transgender people from using the bathroom that corresponds with their gender identity.

The bill ultimately died in session, after pushback from business leaders and civil rights groups.

“There’s a history of them making a difference,” he said. “These companies are not edgy, fringe progressive companies, but speak to the heartland of the nation.”

Thu May 26 , 2022
Since 2018, law firm partners have billed more hours to corporate legal departments than associates. The rift expanded in 2020, as partner billing jumped 5% to encompass 38% of average CLD billing compared to 30% for associates and maintained in 2021. That’s according to a new Wolters Kluwer LegalView Insights report, which used the company’s e-billing […] 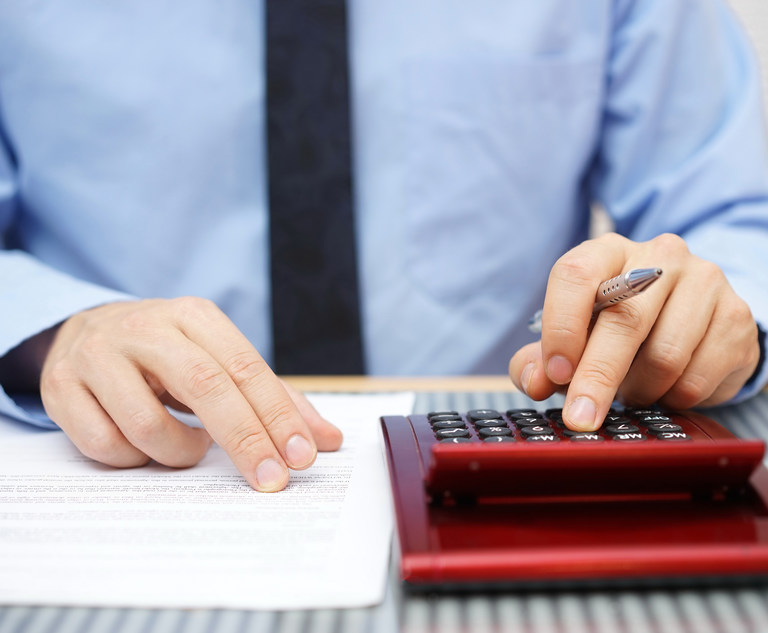