CHEYENNE – Look for more decentralized organizations, which use digital tokens to track membership and more, to come to Wyoming. That’s thanks to the Legislature passing and the governor signing an update to what is characterized as a first-of-its-kind state law.

Cryptocurrency executives and experts told the Wyoming Tribune Eagle that the state likely will add more such groups. These entities are sometimes called decentralized autonomous organizations, or DAO for short.

Although perhaps not widely known in the state and among residents of its capital city, Wyoming is regarded nationally as a trendsetter when it comes to virtual currency. Stakeholders agreed last week that the new updates to Wyoming’s DAO law will further add to cryptocurrency denizens’ interest in doing business here.

Because of a potential gap between public understanding of this sector in our state and the increase in such activities, the WTE is planning to increase its news coverage of local digital asset issues. This article is a downpayment of sorts to you, the reader, in our early efforts to cover this emerging technology.

Even tech experts who do not specialize specifically in cryptocurrency say they lack a full understanding of cryptocurrency and its many flavors. But it is clear that Wyoming has added dozens of DAOs incorporated in the state since the Legislature passed a law about a year ago specifically targeting such organizations.

One organization, which became the first to take advantage of last year’s DAO limited liability company law last July, says that this legal structure was crucial to its formation.

Once its registration with the Wyoming Secretary of State’s office went through, which occurred almost immediately because the company was ready to operate, DAO status gave American CryptoFed the necessary structure to pursue federal recognition for its virtual currency. Although federal regulators have not yet granted their approval, at least Wyoming made it easy for them to incorporate here and then seek U.S. OK, said company executives, including CEO Scott Moeller.

“When Wyoming allowed us to do the DAO,” said Chief Operating Officer Xiaomeng Zhou, “that’s the first time that can happen in humankind, that’s how significant the Wyoming DAO is.” Speaking by the Zoom videoconferencing application Saturday, he was referring to the organization’s goal of having a stable currency that’s unaffected by inflation and that trades without human intervention or the control of any one individual or government.

“Wyoming is now recognized as one of the top blockchain destinations in the world,” Moeller said of the distributed network that allows DAOs and other cryptocurrency entities to track transactions and many other things. “I firmly believe that Wyoming will have an outsize benefit (from) these laws. They are doing the things to support freedom, not constrain it.”

Backers of cryptocurrency said they are optimistic Wyoming will continue to add digital asset, DAO and related businesses and activities, in large part because legislators here have been quick to pass relevant laws. And at the federal level, one of the state’s two U.S. senators, Republican Cynthia Lummis, has been a particularly vocal backer of virtual currency development. (Her office did not comment for this article.)

Some at the law firm of Croke Fairchild Morgan & Beres are “watching it very closely,” said partner Michael Frisch about Wyoming DAO activities, including the new law, Senate File 68. “We’re very interested in this. We have a lot of clients who are seeking to decentralize” their own operations, said the lawyer, who specializes in digital currency and related issues.

The original DAO law that passed the Legislature in a previous session and the new updates to it overall are “good for Wyoming,” Frisch said Friday. “There are thousands of DAOs (globally). People are looking for an appropriate jurisdiction in which to form an entity.” He said the fact that the state has a “wrapper” for such organizations to form a “legal entity” via an LLC is “a really important legal development.”

The Legislature has its own panel dedicated to these issues, the Select Committee on Blockchain, Financial Technology and Digital Innovation Technology. Legislators from the state House of Representatives and the Senate are members, and they heard testimony about the DAO update proposal back in January.

Following the hearing, stakeholders and a fellow legislator recalled recently, Sen. Chris Rothfuss, D-Laramie, and Rep. Jared Olsen, R-Cheyenne, later helped to introduce the update to the DAO statute. Designated as SF 68, it was titled “Decentralized autonomous organizations-amendments.” Queried on the final day of the 2022 legislative session Friday as lawmakers were focused on other last-minute issues, neither Rothfuss nor Olsen commented about SF 68.

SF 68 essentially updates the state’s existing DAO statute so that the law better accounts for how people join, leave and vote in these organizations, according to stakeholders and the text. Such entities use the blockchain as their organizing principle, a way to track the digital tokens or other virtual currency that serve as a way to show who has a membership interest.

A blockchain is basically a list of transactions that is maintained across a widely distributed network, not controlled by any one company, association or country. Virtual currency also relies on a blockchain ledger.

One instrument DAOs use in their self-governance are so-called smart contracts, which the new law also mentions. These pacts can evolve over time, without requiring legal actions to codify changes, experts noted.

“All smart contracts utilized by a decentralized autonomous organization shall be capable of being updated, modified or otherwise upgraded,” said an addition to the law that SF 68 helped to enshrine. The law says that the blockchain can be a way for the DAO to post information for all members to see, and when the group does this, it has “no (further) obligation to furnish any information to members or dissociated members concerning the organization’s activities, financial condition or other circumstances.”

On Wednesday, Gov. Mark Gordon signed this bill into law, according to his spokesperson. Another piece of legislation on this new tech also advanced during this past legislative session, Senate File 106, called the Wyoming Stable Token Act. There was no word Saturday on what might happen with that proposal. (Future news coverage in the WTE will cover this legislation.)

Even before the DAO governance revisions that Gordon signed into law last week, Wyoming had seen an influx of these entities.

Back in January, as the Legislature’s bicameral blockchain panel considered the issue, a state official discussed the extent of distributed organizations based here.

Karen Wheeler, Wyoming’s deputy secretary of state, noted that the DAO LLC registration law took effect on July 1. According to the panel’s summary of her remarks, she testified that there were 130 active DAOs in the state as of Dec. 31. They had brought in $12,800 in revenue (presumably for the state itself). Updated figures were not immediately available.

Rep. Andrew Ocean, R-Laramie, is among the lawmakers who hope to see more virtual currency operations in Wyoming. “I am very supportive of our state’s blockchain industry, and I am supportive of any bill that can help,” he wrote in an email to the WTE.

Wyoming is “one of the limited number of places that formally recognize it, at least in the United States,” said lawyer and crypto expert Dane Lund, who had testified on DAOs at the blockchain committee’s hearing in January. It is “a place that is a catalyst for corporate governance innovation and that signal is welcome to people who are trying to do things that haven’t been done before, responsibly.” Lund, who lives in Chicago, hopes that Illinois will follow Wyoming’s lead; he is a core contributor of Alliance, which helps tech start-ups get off the ground and which itself is in the process of becoming a DAO.

Down the line, some hope that expanding the number of DAO LLCs registered in this state may help boost tech employment locally.

This organizational form can make it easier for startups to raise small amounts of money from a range of investors, according to CEO Jae Yang of Tacen, a Cheyenne-based blockchain consulting firm. Once these businesses start operations, using the distributed governance model of the blockchain and operating as a DAO LLC can make it easier to be both transparent and efficient.

Tacen moved from San Francisco’s Bay Area to Cheyenne last year, drawn here because of “the regulatory certainty,” Yang said via Zoom on Saturday. “Wyoming came out on the top, by far” among other states he considered moving to that “weren’t quite up to the standard in terms of the government’s understanding of the blockchain and their willingness to experiment.”

Tacen now employs about 10 people here, more than half of whom it hired after moving, Yang estimated. It has another roughly two dozen workers in several countries, including elsewhere in the U.S. Yang hopes that other digital asset businesses registered in this state also add local staff, and thinks that might happen over time.

“It’s just getting started,” the executive said of the trend toward DAOs, which his firm has not yet itself engaged in, but may consider. “Give it a few more months, and you will start to see a lot more of these.” 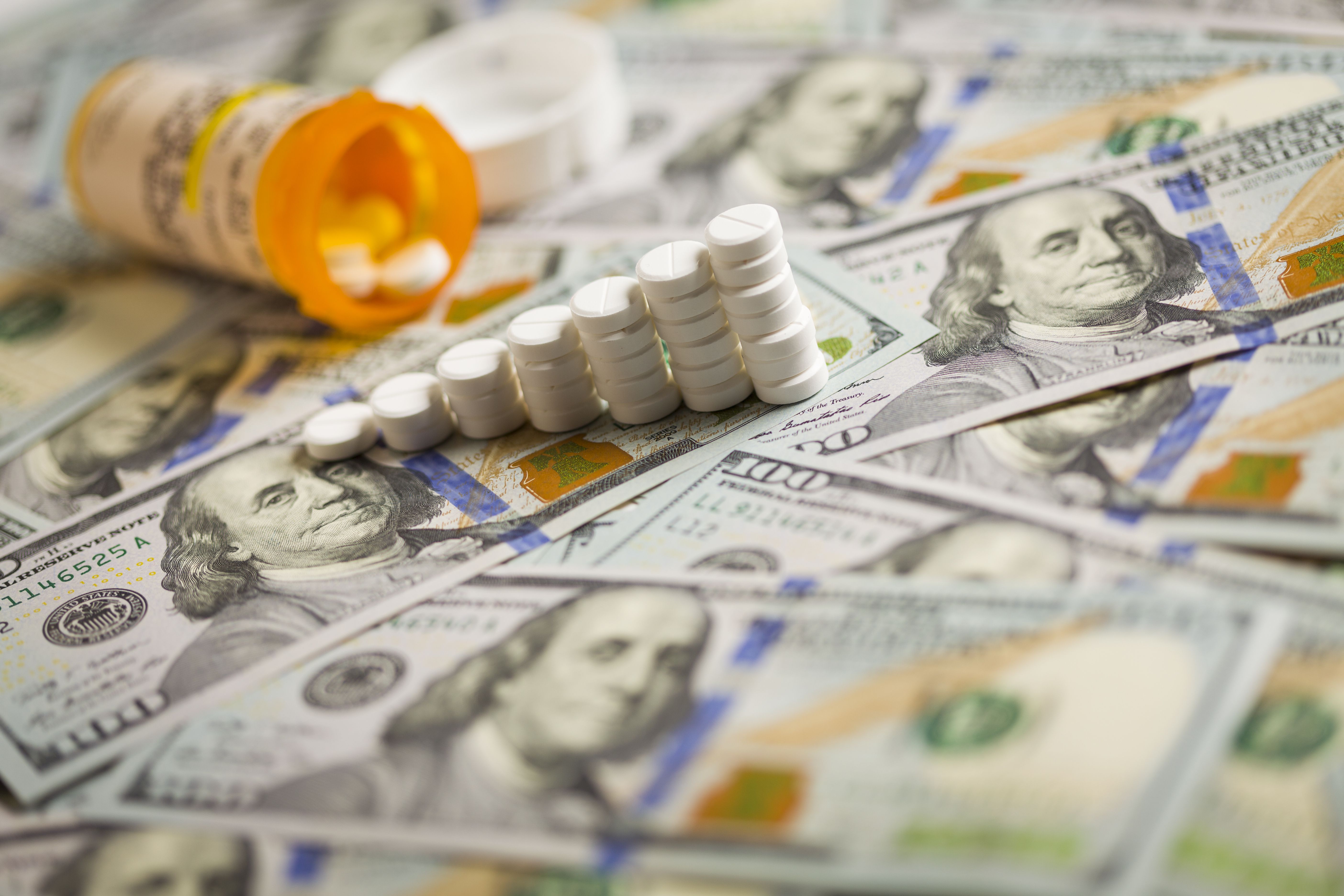