Lawyers love to talk about firm culture—how it sets them apart from the competition and makes them special and different from the rest. But short of reciting talking points, few have ever been able to define what their culture really is. And now it’s getting even harder.

Faced with directives to work from home for a while longer, with the likelihood that hybrid work models will become the norm even after omicron and subsequent COVID-19 variants pass, and with an industry where firm loyalty is fading fast, management will have to be more creative, will have to break out of its traditional work patterns to define—or redefine—a firm’s distinctive culture.

Hannah Walker further explains this in her story about the impact on culture of working from home. Law firms, she wrote, often use culture as a selling point, but the pivot to remote work is not only making it harder to define their culture, but it is also disrupting their retention and hiring capabilities. Bonds are eroding, and partners are worried that departures will only increase as lawyers at all levels make decisions about where to work based simply on pay.

And the culture of a firm is not cut-and-dry. Patrick Smith wrote that omicron has exacerbated cultural divides within law firms. Law firms and the attorneys and business professionals who comprise them have been all over the map when it comes down to the future of work. And the latest COVID-19 wave is magnifying the divides, not only between firms but within firms as well. “Within the same firm you have some people questioning the need for hand sanitizers and masks while others are hard set against even coming into the office,” Zeughauser Group legal consultant Kent Zimmermann told Smith.

In 2022, firms will grapple with many of the same issues they have faced for years, but those issues are now underscored by the pandemic: the ever-growing war for talent, new hybrid forms of working, an examination of quality of life, a focus on mental health, and improving the law firms’ record on diversity and inclusion. You can read about how law firms from Europe to Australia to Canada plan to deal with some of these challenges in the coming year.

But the lack of diversity is one issue that most firms have not come close to resolving—a point underscored in Varsha Patel’s story about a Black lawyer who quit her cushy London job to move with her family to Trinidad & Tobago, where she now practices. She was driven to move by the lack of diversity progress in the U.K. legal industry, she said, noting that the profession “doesn’t know how to treat diversity,” opting to “tokenize and ignore it” instead. “The way law is structured in London is built for white men,” she said in a scathing rebuke of the legal industry—one that could well apply to legal markets elsewhere in the world.

Part of the culture of most firms is to hire experienced lawyers who can take on anticipated work and there was plenty of that going on last week in Europe. Fried Frank Harris Shriver & Jacobson launched a Brussels office, its second in the EU, enabling the firm to better handle the anticipated increase in international competition and antitrust activity. Ashurst scooped up a three-lawyer team from Linklaters to bolster its global markets practice in Paris. Norton Rose Fulbright bolstered its French and EU regulatory team in Paris with a financial services partner—part of a growing trend among international firms to build their strength on the continent post-Brexit. Two Dentons senior partners broke away to form their own arbitration firm in Paris, joining a recent trend toward Big Law veterans establishing dispute resolution boutiques. In Brussels, Covington & Burling hired a former EU trade chief for its public policy arm. And Osborne Clarke recruited four partners to its European offices—a data protection and privacy specialist in the Netherlands, a tax specialist in Italy, a real estate partner in Germany and a specialist in financial services, fintech and crypto-assets in Paris.

Elsewhere, Hogan Lovells and Baker Botts have both kicked off 2022 by poaching U.S.-based project finance partners with deep experience in Latin America as the region faces pressing infrastructure needs. Meanwhile, Canadian law firm McCarthy Tétrault brought on the vice-chair of the Ontario Securities Commission as a partner in its litigation group and in the newly created position of leader of securities litigation.

It’s worth noting that litigation may be on the rise worldwide and law firms with the expertise to advise clients to avoid disputes, or at least to prevail should they arise, stand to benefit. According to a report by Baker McKenzie, the legal and risk leaders of large global companies are not confident that they are prepared to face litigation this year, as regulatory pressures continue to ramp up globally. We’ve already seen some firms bolster their litigation and regulatory practices. There will likely be more.

All this competition for talent may prove to be a driving force for change in an industry that has long resisted change or has embraced it so incrementally that it has barely been discernable. In a thoughtful and perceptive analysis that addresses one of the main components of law firm culture, Gina Passarella Cipriani, editor-in-chief of The American Lawyer and all of ALM’s global legal brands, writes that never before has talent had such sway over law firm operations, pushing them to alter business models and strategic decisions more than they ever have on behalf of clients. The question is, will firms finally find meaningful ways to alter their models to better support talent or will they just throw more money at the problem? I urge you to read her piece here.

So is 2022 the year in which law firms will define themselves? The word “culture” comes from the Latin cultura, meaning “growing and cultivation.” The verb “to cultivate” comes from the same root—culturare—“to tend.” The word has its origins in agriculture, which makes for a fitting metaphor. Perhaps this year the legal industry will finally “tend” to its garden and “grow” in a way that is meaningful in ways that go beyond the bottom line.

Back to Business in the Asia Pacific and Cybersecurity in 2022

The Asia Pacific region is largely preoccupied with containing COVID-19, with countries strictly limiting entry (top-ranked tennis star Novak Djokovic is currently confined to a temporary detention facility in Australia) and China and Hong Kong still intent on a zero-COVID policy. China put the city of Xi’an on lockdown in an effort to control a COVID outbreak, just weeks before more than 3,600 athletes are expected to converge on Beijing for the Winter Olympics. The omicron outbreak and calls for a boycott over China’s human rights record have clouded the atmosphere around the event.

But business goes on, and Hong Kong is seeking to revive its initial public offering activity with a number of reforms, including moves to attract special purpose acquisition companies and more “homecomings”—Hong Kong listings by Chinese companies previously listed in New York. Jessica Seah writes that Asia’s lawyers are gearing up for a lively 2022, fueled by capital markets, private equity, global liquidity, booming tech and biotech. Markets in Southeast Asia and India are expected to be especially active this year, she writes.

On the hiring front this became evident last week as Cooley hired a top lawyer from Goldman Sachs in Singapore, the law firm’s first capital markets partner in the city-state, and Withers added a partner in Hong Kong as part of the launch of a global asset finance practice.

Lawyers expect that China will continue to tighten control over company data in the name of national security and discourage companies from listing on foreign stock exchanges and restricting some data practices to protect consumer privacy, moves that will affect global law firms in the region.

And cybersecurity will also become a growing concern. China’s monitoring has extended to collecting information on foreign targets from social media sites, including Twitter and Facebook, according to The Washington Post. And The New York Times reports that Chinese police are using advanced software, databases and public records to track critics overseas.

But China is not alone. The legal community in Canada got a stark reminder last week that cybersecurity is a very real concern. Correspondent Gail Cohen was listening to what was supposed to be a celebratory virtual press conference hosted by lawyers who prevailed in a case against Iran that resulted in an Ontario court awarding the equivalent of US$85 million to the families of six people who died when Ukraine Airlines Flight PS752 was shot down on Jan. 8, 2020. But hackers hijacked the Zoom press conference by playing a vulgar video laced with profanity and pornography. Zoom later said there were 14 interlopers on the call.

Where Is Marijuana Legal? State Laws and Federal Cannabis Legislation 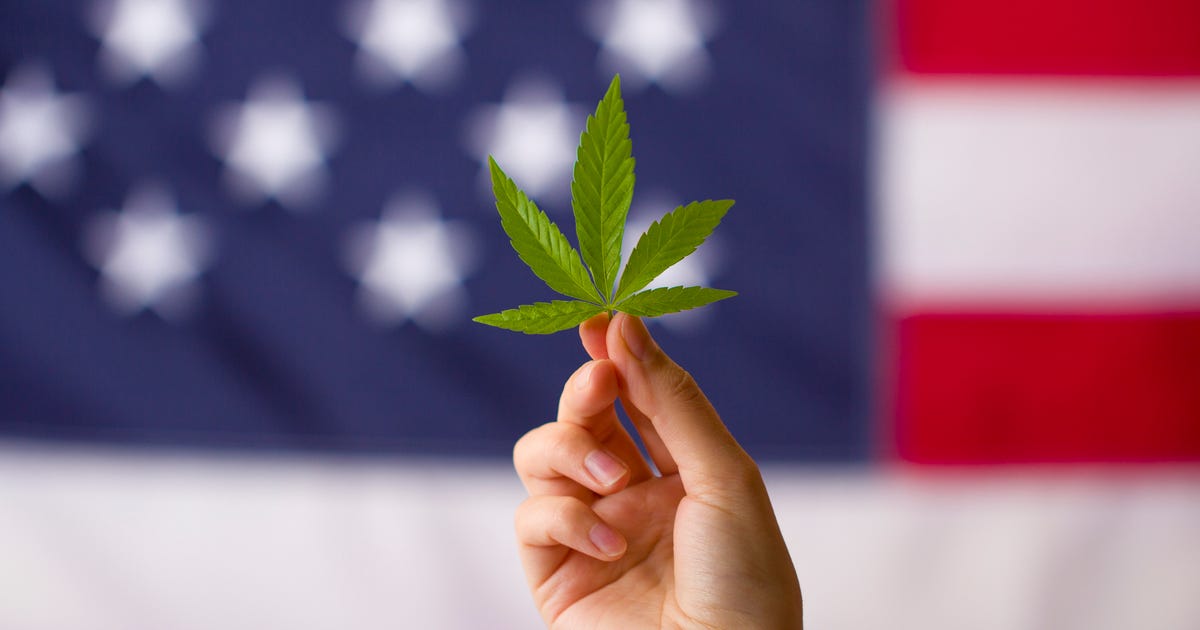