Henry Leckenby, 54, recalls a feeling of scarcity when he first started working as a substitute teacher. Each morning, he jumped on the computer first thing to see which assignments were open that day.

“I’ve gotten the impression that every single day I wake up, I have work if I want it. The other day there were literally at least a couple dozen openings,” he said.

Leckenby, who lives in La Crosse, Wisconsin, has a PhD in physics, but found it difficult to find work after a university job dried up.

“‘Overqualified’ is a word I heard a lot,” he said. But substitute teaching offered a flexible schedule that fit his needs and he’s been doing it ever since.

Substitute teachers like Leckenby suddenly find themselves on the winning end of a supply-and-demand problem facing schools across the country: Too few full-time teachers, and not enough substitute teachers to cover for them.

As the Omicron variant hurtled across the nation, political leaders from the White House to local school boards faced intense pressure to keep open brick-and-mortar schools – and most have.

“Let’s put it in perspective: 95%, as high as 98%, of the schools in America are open, functioning and capable of doing the job,” president Joe Biden said at a press conference last month. He urged school districts to use funding to keep schools open.

But that reality has left the nation’s public schools scrambling to fill holes created by a lack of available teachers to fill vacancies. And it’s created a cascade of day-to-day disruptions within school buildings as staff chip in to cover for absent colleagues, leaving some assigned duties aside in the process.

Research has shown teacher absences have a detrimental impact on student learning, which could compound the learning loss caused by ongoing disruptions in education over the past two years.

States have taken a variety of measures in a desperate rush to solve the problem – from lowering entrance requirements and increasing pay to more drastic measures.

In Austin, Texas, 400 employees from the school district’s central office have chipped in to work as substitute teachers, the district said last month. So did a county judge.

Beneath the immediate need for substitutes is a shortage of full-time teachers that predates the pandemic. But data indicates that Covid may have hastened some teachers’ departures from the field.

In July 2020, in the months that followed Covid’s arrival, the seasonally adjusted rate of workers who quit state and local public education jobs reached 1.5% – a 20-year-high, according to data from the Bureau of Labor Statistics. By the following summer, however, the quit-rate had fallen to a record low of 0.3%. And by December, the quit-rate was on par with similar government jobs.

Some who resigned from education jobs may have been lured by higher pay and a better work-life balance offered in the private sector.

But Peggy Wirtz-Olsen, president of the Wisconsin Education Association Council, said others have been driven away by the challenging conditions teachers have long endured.

“It’s been a double hit, with the absences caused by the pandemic plus an alarming number of teachers leaving the profession due to unrealistic workloads, low pay, and a lack of input in school decisions. All of that exacerbates the situation we find ourselves in right now,” said Wirtz-Olsen.

And with remaining teachers out sick for longer periods of time this year, finding enough substitutes has presented an acute challenge.

More than three-quarters of school leaders have struggled to find substitute teachers, according to a nationally representative survey conducted in the early weeks of the school year by EdWeek Research Center. Before the pandemic, schools nationally were able to fill about 80% of teacher absences, while this year it may be closer to 50% or 60%, EdWeek reported.

And in California, the nation’s most populous state, fewer people are applying for permits to become substitute teachers than before Covid arrived.

Between 2019 and 2020, the number of people applying for permits to work as substitute teachers dropped by 25%, according data from the California Commission on Teacher Credentialing. While applications rebounded in 2021, they were still 87% of pre-pandemic numbers.

In Wisconsin, Wirtz-Olsen said the current challenges underscore the need to improve working conditions both to recruit and retain full-time teachers as well as the high-quality substitutes they depend on. The alternative would mean further disruptions to student learning.

“The constant need to step in and cover for others is putting additional stress on an already stretched system – both on educators and our support professionals in buildings who are increasingly asked to cover,” she said. “And for the student experience, that disruption is causing a lack of consistency from day to day.”

In Milwaukee, Wisconsin’s largest school district, full-time elementary school teacher Angela Harris said she doesn’t remember seeing a substitute teacher in her school all year, despite staff being out sick. More often, paraprofessionals or other support staff will step in to cover for absent teachers, she said. She worries about the loss of routine and what it means for students.

“It’s been a revolving door for our students, and I’ve seen the ripple effects across my school,” Harris said.

“There were disparities that already existed, and Covid-19 has just exposed those gaps and made them even worse,” she said.

Despite the demands and potential risks, many still find in substitute teaching the flexibility that fits their needs. That’s true even for some teachers who are at heightened risk of complications from Covid.

Linda Carter, 70, works as a substitute teacher in Lee County, Florida. Because a paralyzed nerve in her diaphragm left her lung useless, she wears a non-invasive ventilator to help her breathe 18 hours a day. Carter relies on augmented voice technology to deliver instruction, feeding her lesson plans into the software in advance, then letting the electronic voice take the lead in the classroom.

“I just push one of my buttons and it will tell the students what they need to do, provided they stay quiet and follow instructions,” Carter said. “I teach hi-tech.”

Carter, who serves as the treasurer for the National Substitute Teachers Alliance, said she finds the work deeply rewarding and has no plans to leave the classroom anytime soon. But she can’t say the same for all of the substitute teachers she knows, many of whom are retired educators who’ve left the job out of concern about contracting and spreading Covid.

“A lot of teachers have decided to hang it up because it’s not worth the risk, and I think it’s the same around the country,” Carter said.

In La Crosse, the crunch to find substitute teachers has meant better pay for Leckenby. He’s seen an increase from around $120 a day when he first started, to around $140 today.

Still, fear of Covid lingers. Leckenby’s wife works with vulnerable populations. And at 54, he worries about the complications Covid could cause for him.

“I haven’t been scared away. But there have been times I’ve been deeply alarmed,” he said.

“With substitute teaching, there are no benefits. So if I test positive or get sick, that’s at least five days where I’m just out of work. You’re looking at several hundred dollars that could just disappear,” he said.

That’s why, in addition to being vaccinated, boosted and wearing an N95 mask, Leckenby chooses to work only in school districts he knows take masking and mitigation strategies seriously.

“Thankfully, there are some school districts that have mask policies and actually enforce them,” he said. “If there weren’t, it would be a lot more difficult to continue to do this work.”

Sun Feb 13 , 2022
KENTUCKY (WEHT) – While clean-up efforts from the December 10 storms are well underway, AAA reminds home and vehicle owners to avoid clean up and repair scams by working with their insurance company directly. Consumers should also understand their insurance policies to know what type of damage is covered.  In […] 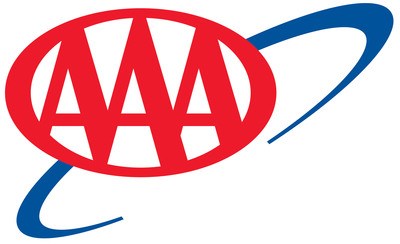