The Coca-Cola Co. has officially walked away from race-based staffing requirements for law firms doing work for the company, following blowback from some investors and the removal of the executive who developed the plan.

The proposed requirements “have not been and are not a policy” at Coca-Cola, general counsel Monica Howard Douglas said in a Feb. 7 letter to a group of shareholders obtained by Bloomberg Law. The group had threatened the company with litigation over what it called an “illegal discriminatory” policy.

That policy, announced last year by former Coca-Cola general counsel Bradley Gayton, would have required outside law firms to staff at least 30% of new matters with diverse attorneys. A Coca-Cola spokesman confirmed the Douglas letter is authentic. The company declined to otherwise comment.

Coca-Cola initially indicated last year that it would pause the policy and review it after Gayton was removed from his legal chief role. The move to cut ties with the policy entirely comes amid a wider debate about opportunities for Black and diverse lawyers to make inroads in the overwhelmingly White world of Big Law.

The American Civil Rights Project is among the advocacy groups that slammed Coca-Cola’s outside counsel proposal and threatened to sue. Daniel Morenoff, the group’s executive director, in a statement called Coca-Cola’s decision a “face-saving measure” to walk back a policy that concerned shareholders.

“It’s amazing that neither the general counsel of a large corporation like Coke, nor the large, prominent law firms the policy involved, seem to have considered its direct conflict with American civil rights laws,” Morenoff said. “It’s even more amazing that so many other sophisticated American corporations have similarly disregarded obvious legal problems to adopt comparably ‘woke’ policies.”

Douglas, who is Black, is a longtime in-house lawyer at Coca-Cola. She was tapped last year to take over as general counsel from Gayton, who resigned from the role April 21, 2021, less than three months after announcing his new guidelines.

The letter from Douglas noted that while Coca-Cola is “committed to advancing equity, diversity, and inclusion in the legal profession,” the company ultimately never implemented the guidelines for outside lawyers set forth by Gayton last year.

The letter came in response to a stockholder inspection demand under Delaware law for access to corporate documents. The names of the Coca-Cola shareholders represented by Morenoff and Offit Kurman are redacted in the letter.

The policy proposal, which as of Monday afternoon was still listed on Coca-Cola’s website, sought to have Black lawyers handle at least half of the billable time on the 30% of new matters that Coca-Cola’s outside counsel earmarked for diverse legal efforts. It would also implement a nonrefundable 30% hold back on fees for firms that failed to meet diverse staffing metrics.

Gayton said when the policy was announced that such drastic measures were necessary due to the legal industry’s inability to address disparities facing Black lawyers and other attorneys of color.

That was all before Coca-Cola announced that Gayton stepped down as legal chief and would instead serve as a “strategic consultant” through April 2022. Coca-Cola subsequently made several other personnel changes to its in-house legal team.

Gayton didn’t respond to a request for comment about his now scrapped policy. Coca-Cola disclosed in a proxy statement filed earlier this month that he received more than $11 million in total compensation last year, most of which had previously been confirmed by the company as part of his consulting agreement.

PODCAST: Black Lawyers Speak, Ep. 1: Why has Big Law struggled for decades to hire and promote more Black attorneys despite years of discussion and efforts?

Fri May 6 , 2022
Brussels is to wave goodbye to Russian lobbyists under new sanctions, ending a 20-year era of influence peddling in Europe. The Russia PR ban is included in the small print of more drastic EU measures, including an oil embargo, due to enter into force later this month. “It shall be […] 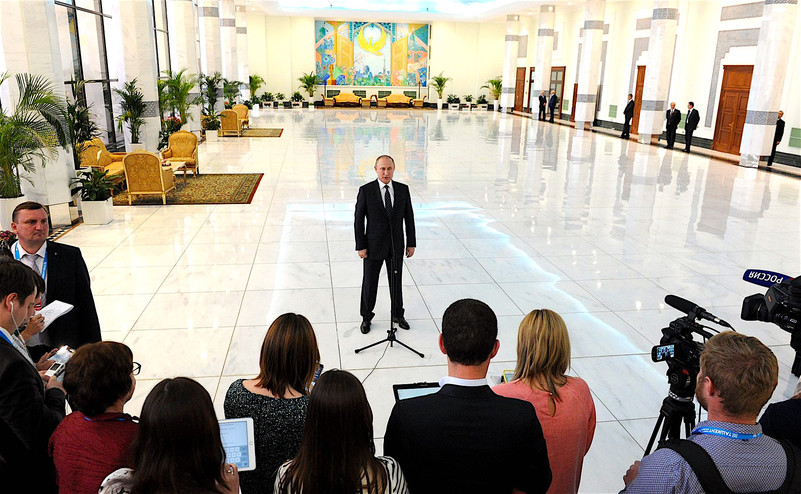