Shimla (Himachal Pradesh) [India], March 4 (ANI): Himachal Pradesh Chief Minister Jai Ram Thakur introduced 30,000 government job provisions in his fifth State budget for the financial year 2022-2023.
Thakur presented the budget digitally with budget estimates of Rs 51,365 Crore for the year 2022-23 and also increased the Area development fund for MLAs to 200 crore which was 180 crore earlier.
To give a major thirst to farmers, CM said that 50,000 acres of land will be bought for natural farming. The government has increased the voluntary fund of MLAs from 5 Lakh to 12 Lakh rupees.
He said the women under Ujwala Scheme and Grahini Suvidha Yojna scheme will be provided with 3 free LPG cylinders. As promotion and tribute to the father of apple Satyanand Stokes, CM introduced the ” Kotgarh-Thanedhar trail ” that will be developed for the promotion of tourism, Culture and horticulture in the Kotgarh area of Shimla district.
For social security, the age for pension scheme has been decreased to 60 years from 65 years. Jai Ram also announced the construction of 1,000 New Anganwadi at the cost of Rs 70 Crore. He further added that 6,718 models of Anganwadi centre will be set up at the cost of Rs 32 crore

In the budget, Himachal Pradesh CM also gave the provisions to the village and block level administration. He said that the elected members and heads and members of Jila Parishad, Block Development Committee, Municipal bodies and Village Panchayats have been increased.
After Delhi’s Mohalla clinic, Bharatiya Janata Party (BJP) MP announces ‘Mukhyamatri Mobile Clinic’ (M3C), and said that it would run in each assembly segment. After health, Thakur announced the budget allocation for education which is estimated to be Rs 8,412 crore.
In memory of Lata Mangeshkar, Thakur announced the set-up of Latamangeshkar Sangeet college in the state.
Chief Minister said that 30,000 government jobs would be given during the financial year 2022-23 in the state and also announced a hike in the honorarium of the Mayor.
While presenting the budget, CM said, “Despite the big challenges during the Covid-19 it was tough to manage and we were able to focus on the development and could also strengthen the economy. Opposition is just trying to mislead and diverting the issue, I challenge them to answer on the floor of the house to discuss budget,” said Jai Ram Thakur.
The Congress leader of opposition Mukesh Agnihotri said that the Budget is a bundle of lies. He said that CM forgot to address the issues like inflation, employment and resource mobilization has not been addressed in the budget. (ANI)

Wed Mar 9 , 2022
Get the Insider App A personalized feed, summary mode, and ad-free experience. Download the app Close icon Two crossed lines that form an ‘X’. It indicates a way to close an interaction, or dismiss a notification. Sean Hannity was defiant in response to remarks about Fox News from Hillary Clinton.  […] 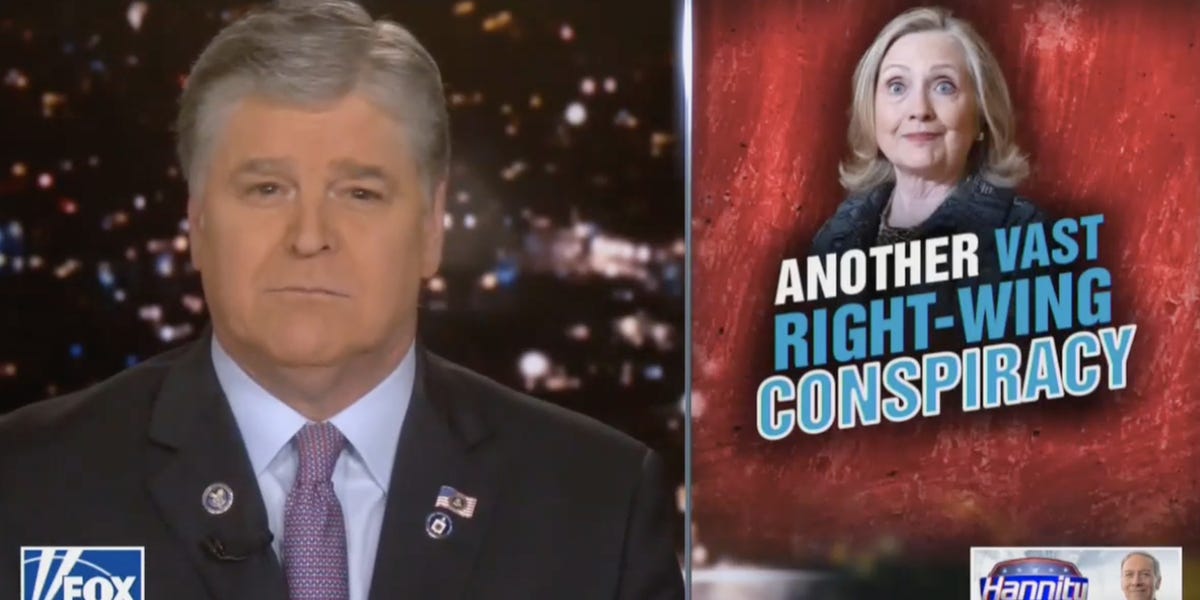