Williamsport City Council is expected to review a resolution authorizing first renewal of a consultant agreement between the city and Delta Development Group and with Keller Partners & Co.

In terms of these first renewals, Mayor Derek Slaughter told the finance committee that, just over a year ago, council approved three-year contracts with these consulting firms.

“This is simply an annual renewal request with no additions or changes,” he said.

The consultants are assisting the city on a number of ongoing projects such as the Old City revitalization, project in conjunction with Lycoming College and Lycoming County, to include the East Third Street Old City Gateway; the levee recertification, Grafius Run flood mitigation plan, and Williamsport’s Comprehensive Open Space, Recreation, Parks and Green Infrastructure Plan with the state Department of Conservation and Natural Resources – along with neighborhood economic improvement plans with Department of Community and Economic Development.

Teresa Sparacino, representing Delta, said the firm was continuing to work on a number of compliance issues regarding the state Redevelopment Assistance Capital Program grant for Muncy Bank Park at Historic Bowman Field.

The city also is pursuing first renewals for legal services for city assistant solicitor with Casale and Bonner, a law firm, with no increases, a request given a positive recommendation by the finance committee.

First renewals for city legal services with McCormick Law with 4 percent increases overall also were given positive recommendation by the finance committee and will be reviewed by council.

First renewal of an agreement for legal services with the city transit solicitor was given no recommendation because members had more questions regarding the law firm’s planned separation of duties as it works on behalf of the city for transit and as River Valley Transit Authority goes into full effect and is legally separated from the city as of July 1.

In the event of a conflict of interest arising between the solicitor and assistant solicitor firms, Summers Nagy, the transit law firm, may have to serve the city legally and the committee wanted to shore up any concerns regarding those duties and financial arrangements.

Appointment of Noah Bower to a five-year term on the River Valley Transit Authority Board also is expected to be on the slate of action items.

The city public safety committee gave a positive recommendation for a resolution authorizing a professional services agreement between Williamsport Bureau of Fire and Higher Information Group.

Deputy Fire Chief Keith Lucas presented it for the bureau’s printer services. The options presented were to purchase the printer or seek approval of a five-year lease agreement. The request was expected to be reviewed by the city solicitor before council takes the item up.

Council is expected to review a resolution agreement with McNerney, Page, Vanderlin & Hall regarding business privilege tax. That firm’s attorneys Fred Holland and Thomas A. Burkhart remain the legal counsel. The contract was reviewed by Austin White, city solicitor. It was passed onto the full body of council with a positive recommendation.

Council will look at a resolution to approve an addendum to the Master Services Agreement with Business Information Group Inc. Treasurer Nicholas Grimes said this is a contract that is in place but when the city passed it officials discussed incremental increases but these were not reflected in the contract. Now, the cost of $170 per hour has been requested to go to $180 per hour and an addendum to the agreement was needed to raise the service price.

The council meet in person at 7 p.m. at Trade and Transit II and online.

Fri Apr 29 , 2022
Source: AdobeStock. Despite continued uncertainty about the future of COVID-19 pandemic, credit union groups are forging ahead with plans for numerous in-person conferences in 2022. Here’s a rundown of what’s been planned so far for the year, in alphabetical order by group name, along with links to conference registration pages […] 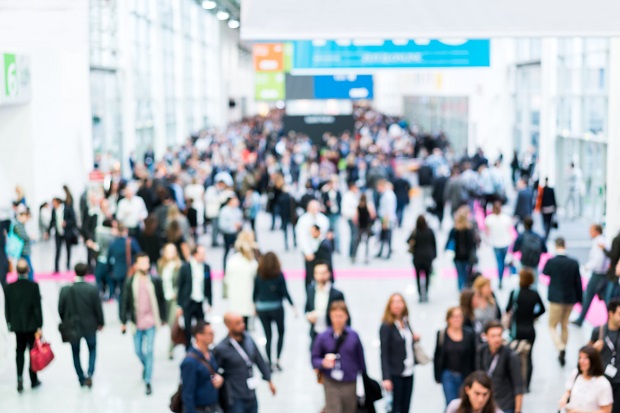