At issue were two similar PAGA cases: (1) Plaintiff Garibay filed first in Alameda County; and (2) Plaintiff Uribe filed second in Orange County. Both cases involved claims for reimbursement under California Labor Code Section 2802, but under different theories of liability. Garibay alleged failure to reimburse business expenses for cell phone use. Uribe alleged failure to reimburse for uniforms and shoes. The parties went to mediation in Uribe and came to a settlement agreement where Uribe was to file an amended complaint that expanded the settlement beyond the original complaint adding class action allegations and including cell phone use as part of the reimbursement claim.

The trial court approved the settlement, but during the settlement process also granted Garibay intervenor status. Garibay’s intervenor status allowed her to show that she was a party “aggrieved” by the judgment and gave her standing to appeal. On appeal, the settlement was found too broad because Uribe’s PAGA notice did not allege facts regarding use of cell phones as the basis for the reimbursement claim. The court stated, “Uribe’s bare reference to section 2802 and its indemnification requirement was insufficient to preserve a PAGA claim as to cell phone usage because his notice stated no ‘facts’ whatsoever as to that ‘theor[y]’ of an alleged PAGA violation.” The Court further explained that “while even minimal ‘facts and theories’ may constitute proper notice to the LWDA . . . , a PAGA plaintiff is confined to the theories actually identified in the LWDA notice.” As Uribe’s PAGA notice recited facts and theories as to the unreimbursed uniform and shoe theory of liability, it could not be stretched to include an additional theory of liability for unreimbursed cell phone use. As a result, Uribe’s settlement of PAGA claims could not include unreimbursed cell phone costs.

At issue were three overlapping PAGA cases against Lyft, Inc., all brought within several weeks of each other, arguing that Lyft drivers were misclassified as independent contractors–Olsen, Seifu, and Turrieta. Although Turrieta was last filed, it settled first and covered virtually the entire release period for the other two pending PAGA actions. The plaintiffs in Olsen and Seifu objected to the Turrieta settlement but the Turrieta trial court denied their motions to intervene and vacate the judgment in the action. The Olsen and Seifu plaintiffs appealed those decisions. The Court of Appeal (Fourth District) affirmed the decisions on the ground that nonparties to the Turrieta action lacked standing because it is the state’s rights, and not the rights of employees, that are at issue in a PAGA action.

Parallel PAGA lawsuits were also at issue in this case, where a court allowed one case to settle over the objection of the plaintiff in the parallel lawsuit. In Moniz, the First District Court of Appeal held that a deputized PAGA plaintiff who challenged an overlapping PAGA settlement has standing to appeal the approval of the challenged settlement. In reaching its conclusion, the Moniz court deviated from Uribe, which held that only a plaintiff that is granted intervener status can appeal a PAGA judgment. Moniz also repudiated the Turrieta decision, in which the Second District held that the status of a PAGA plaintiff in one action is not sufficient to provide standing to appeal approval of an allegedly unfair settlement of another PAGA action with overlapping claims. Moreover, the Moniz court also appears to limit the scope of settlements, stating, “. . . because Moniz’s PAGA notice necessarily could not have included unknown or unlisted PAGA claims, Moniz was not authorized under PAGA to act as the agent of the state to execute a release of such claims.”

The cases above indicate that California state courts will only approve PAGA settlements for the theories of liability that are actually plead in the PAGA notice to filed with California’s Labor & Workforce Development Agency (LWDA). Theories that are not plead in those PAGA notices appear to be outside the scope of any settlement. Thus, parties should carefully review any PAGA settlement to make sure its scope is not overbroad.

In addition to these cases, PAGA will be highlighted in 2022 as the U.S. Supreme Court granted certiorari in Moriana v. Viking River Cruises on the issue whether PAGA cases can be subject to arbitration agreements. 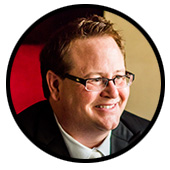