Brunswick will soon consider banning the sale of flavored tobacco in an effort to curb the use of nicotine among youth.

On Monday, the town council unanimously set a public hearing on the matter for Feb. 22.

Cessation devices approved by the Federal Drug Administration would be excluded.

“We are experiencing a youth tobacco use epidemic in the nation and in Maine,” said Hilary Schneider, the regional government relations director for the American Cancer Society Cancer Action Network. “That’s largely driven by use of electronic smoking devices. Between 2017 and 2019 we saw a doubling of the use of electronic smoking devices by youth, 33% of Maine’s high school students used some form tobacco product in the past 30 days with the latest data we have. This is incredibly concerning.”

Marketing campaigns by the tobacco industry are often designed with youth and marginalized populations in mind, Schneider added, such as through branding and advertising on products and media outlets that target those audiences.

According to the United States Center for Disease Control and Prevention, flavored tobacco products can make nicotine more appealing to youth. E-cigarettes have been the most commonly used tobacco product among youth since 2014.

In a 2020 study, approximately 4.7% of surveyed middle school students and 19.6% of surveyed high school students said they had used e-cigarettes in the past 30 days, according to the CDC. Both figures represent a decrease in reported use when compared to numbers from 2017 through 2019.

“Here in Brunswick, we care about our kids, and that’s what I want them to know — we care, and we’re willing to stand up to the tobacco industry and anybody else that comes after you,” said Geno Ring, a licensed alcohol and drug counselor with the Brunswick School Department.

Ring added that students who do not use nicotine products are also impacted by seeing the way addiction turns into an obsessive-compulsive behavior among friends and classmates.

If approved, Brunswick would join Portland, which approved a similar ban Monday, as well as Bangor, in banning flavored tobacco.

Maine may enact a similar ban statewide. The Portland Press Herald reported that L.D. 1550, which passed out of the Legislature’s Committee on Health and Human Services last year, is up for consideration in the current session.

“There’s a lot to this issue, a lot,” said Shaer. “The bottom line is that this is a flavored vape issue with respect to youth, not tobacco, not all tobacco products. There is a significant difference.”

Tobacco and vape shop owners interviewed on Tuesday spoke out against the proposal.

Michael Smith, owner of the vaporizer store Primo Glass in Brunswick, said that flavored vape juices — like grape, candy and mango — are his most popular product. He estimated that he sells “a couple hundred” varieties of juices, and that the ban would shrink his income by 60%.

“It’s silly that I can walk over to a gas station and buy 24 different flavors of alcohol, but to have two flavors of a vape juice is a faux pas,” said Smith.

A Durham resident, Smith has owned the business for just over a year. While he agreed that smoking among youth is a problem, he disagreed that this ban would help solve it. “It’s like trying to put a shovel up in front of an avalanche,” Smith said.

Gerald Bernier, owner of the tobacco shop Jenney Station in downtown Brunswick, said that the top items sold at his store are cigars, pipe tobacco and rolling tobacco. He’s a Brunswick resident and has ran the shop for 28 years.

Bernier said that he believes a ban would just cause consumers to visit different towns to continue purchasing the product. “They’re trying to stop people from doing something that’s legal,” said Bernier.

Bernier said he was not sure how a ban would impact business.

He sold e-cigarettes for approximately four years, Bernier said, but has been in the process of phasing the flavored products out in anticipation of regulations.

As proposed, the police department would be in charge of enforcement. Violators would first be issued a warning, and subsequent offenses would result in a civil violation and a fine. The ban would kick in on June 1, 2022.

Smoking is the leading cause of preventable death in the U.S., according to the CDC, causing more than 7 million deaths per year.

At least 335 communities in the U.S. have passed restrictions on the sale of flavored tobacco products, according to the non-profit Campaign for Tobacco Free Kids.

Please check your email to confirm and complete your registration.

Use the form below to reset your password. When you’ve submitted your account email, we will send an email with a reset code.

Sat Feb 12 , 2022
Consultants are portending a flurry of law firm mergers in 2022, especially among larger firms, as the tight lateral market shows no signs of abating and the elite pull further away from the rest of the pack. Many firms are currently in merger talks, consultants told Law.com. The interest is driven […] 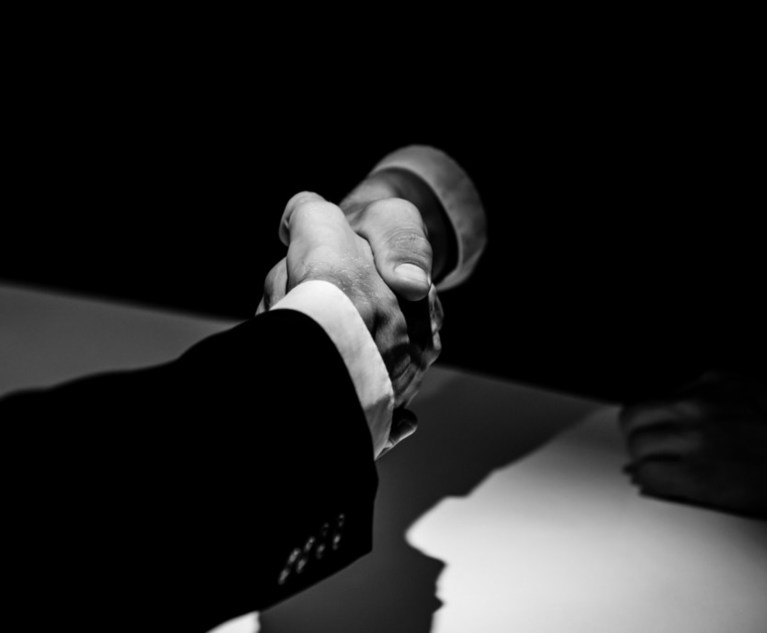