As Hurricane Ida slammed southeast Louisiana last August, 39-year-old Ben Toups and his wife rode it out in their Houma apartment.

Toups said he didn’t evacuate because he’s lived through hurricanes all his life. But the Category 4 storm, packing 150-mph winds, was unlike any he had experienced.

Unlike many other homes in Houma, his apartment, on higher-ground and shielded from winds by neighboring buildings, weathered the storm with minimal damage.

So Toups was taken aback when, eight days after the hurricane, he started getting emails from the ECI Group, an apartment rental agency that manages Houma Highlands, telling him and other residents to leave immediately.

Toups said he and other tenants were told they could terminate their leases with no penalties or they could continue paying rent but would need to remove their belongings and put them in the middle of the building and shrink wrap them.

The emails became a barrage. Fire alarms sounded constantly, and power was rationed due to safety concerns over exposed wires, even when electricity was widely restored to Houma. Toups interpreted both as management urging him to move out.

In a prepared statement, ECI Group Vice President of Resident Experience Tim Johnson didn’t answer questions on whether residents were pushed out as Toups described. Johnson said residents were allowed to get their belongings “with the understanding that there were health risks associated with entering the units” due to significant wind and water damage.

He added that no evictions were processed through the court system for any Houma Highlands resident due to Hurricane Ida in 2021.

‘We just decided to leave’

Toups wasn’t officially evicted, but after a month, he and his wife gathered what they could and left.

“We just decided to leave at that point and then start a new life two hours north,” Toups said. “It was just a constant bombardment of pressure to get out.”

At the time, Toups said, he didn’t realize he had the right to stay. Houma Highlands would need to take him to court to legally evict him.

Renters are especially vulnerable in the weeks following a hurricane. Courts are often closed if they’re damaged or power is out. Attorneys and advocates say landlords who want their tenants out often bypass the formal eviction process, changing the locks and removing tenants’ belongings, claiming tenants have abandoned their units when, in reality, they’ve evacuated. Unlike many other states, Louisiana law lays out few repercussions for landlords who evict their tenants illegally.

House Bill 160, now winding through the Louisiana Legislature, could give renters more protections in the immediate aftermath of a federally-declared disaster and introduce new penalties for landlords who evict tenants illegally. Toups testified before a House committee in March when the bill was introduced.

Since leaving Houma, Toups and his wife traveled to Gonzales, New Orleans and Lake Charles searching for an apartment they could afford. On Nov.11, a month after they left Houma Highlands, they settled into a second-floor unit in Denham Springs, paying almost double what they’d spent on rent in Houma.

What the bill would do

In Louisiana, a landlord must go through court to evict a tenant unless the landlord has a reasonable belief the renter has abandoned the property. Some typical examples of abandonment would be a tenant returning the keys or removing furnishings, said Hannah Adams, a staff attorney at Southeast Louisiana Legal Services, a nonprofit legal-aid agency serving 22 parishes.

After hurricanes, landlords can fairly easily take advantage of that abandonment provision, especially while tenants are evacuated, Adams said. Many residents of southeast Louisiana left the region ahead of Hurricane Ida and stayed away through prolonged power outages. Two or three weeks after Ida, when many finally returned home, the legal agency got calls from tenants who came home to find nothing in their apartments.

“All their furniture was gone, all their belongings were gone. The locks were changed,” Adams said.

Some called their landlords to ask where their belongings were, and landlords told them they assumed they had moved out.

House Bill 160 would prevent property owners from evicting tenants who are forced to abandon their apartments for up to 30 days. It would apply to areas placed under a federal disaster declaration.

The bill would also add a new penalty for landlords who illegally evict tenants by skipping the court eviction process. Landlords who violate the law would need to pay the tenant either $500 or twice the amount of monthly rent, whichever is greater.

‘Trying to take advantage of a storm’

Kenneth Bordes, a civil rights attorney in New Orleans, said he was inundated with calls after Ida. He worked with a number of tenants at the Saulet Apartments in New Orleans’ Lower Garden District who received eviction notices on their doors stating their apartments were no longer habitable. Orleans Parish’s eviction courts were closed at that time.

Yet the apartment complex saw little damage from Ida, Bordes said. Tenants told Bordes that the only damage had been there before the storm — like plumbing leaks in bathrooms and kitchens — and the Saulet hadn’t made repairs, even though tenants submitted maintenance requests.

“I just saw a company — out of state, at that — trying to take advantage of a storm,” Bordes said. “Because what happens after a storm, right? Housing becomes more expensive because maybe there’s less of it.”

The Saulet Apartments did not respond to a request for comment for this story.

House Bill 60 was introduced by Reps. Mandie Landry, D-New Orleans, along with a host of other legislators from areas hit hardest by Ida. They include the entire Houma-Thibodaux House delegation: Tanner Magee of Houma, Jerome “Zee” Zeringue of Houma, Beryl Amedée of Gray, Bryan Fontenot of Thibodau, and Joseph Orgeron of Larose. All are Republicans.

Testifying before the House Committee on Civil Law and Procedure on March 29, Landry and Magee said the measure is a direct response to issues they observed after Ida.

“It was egregious to see that people were being thrown out of their homes at the worst possible time,” Landry said.

‘Something has to change’

Yet some lawmakers contend the bill’s wording is too narrow to address a wide-ranging landscape of landlord-tenant concerns that arise after hurricanes.

Committee member Rep. Wilford Carter, D-Lake Charles, said many of his constituents were unable to return to their homes for at least two months after the city was battered by back-to-back hurricanes in 2020.

“This is nice, but this is not much,” he said of the bill.

HB 160 advanced through its state House committee and was passed by a unanimous vote by the full House on April 6. It now awaits a Senate committee hearing.

Meanwhile, Toups is building a house for his family in Denham Springs and regaining a sense of normalcy. He said he hopes no one has to go through the experience that he did.

“Something has to change,” Toups told House committee members in March. “I just believe landlords should be held accountable for their actions.”

Mon Apr 18 , 2022
The Rajasthan High Court has recently issued notice on a public interest litigation filed by Utkarsh Classes seeking disclosure of detailed syllabus and issuance of source of reference from which the question has been asked and the answer of the same has been relied upon in various recruitment examinations conducted […] 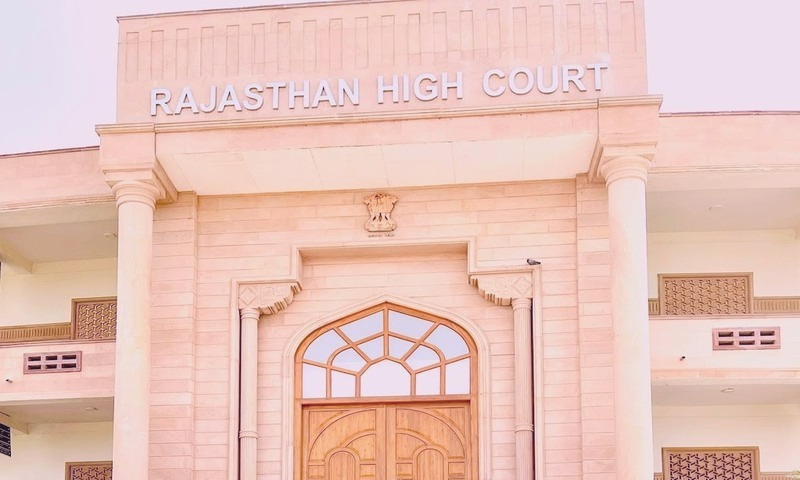