Welcome back to the Big Law Business column on the changing legal marketplace written by me, Roy Strom. Today, we look at how many new equity partners were minted during Big Law’s best year in a generation. Sign up to receive this column in your inbox on Thursday mornings.

In November, I wrote that Big Law firms could use the surging value of their equity shares to check off one of their most pressing tasks: retaining talent. All they’d have to do is hand out equity shares to more people—specifically, those they’re most interested in keeping.

It didn’t really happen, at least in the aggregate, despite Big Law recording its best year in more than a decade. Revenue across the 100 firms rose 15% last year while profits per partner spiked by nearly 20%, AmLaw reported.

The number of equity partners in the AmLaw 100 rose by a paltry 1% last year. Congratulations to the 265 new shareholders—I hope you were one of the lucky two or three more people at the average firm getting their brass ring.

Of course, that aggregate figure doesn’t tell the entire story. Partners retire, go to in-house jobs, or move on to smaller firms, so it’s not necessarily indicative of how many “new” equity partners are being made.

Meanwhile, several firms lauded their most recent partner classes as their largest ever.

There’s good reason to believe many, if not most, of those promotions were not to the equity tier. Rather, the lawyers were tapped for the partner-in-name-only “non-equity” status that has ballooned over the past decade. That group grew by more than 5% last year, AmLaw data show.

Non-equity status is a way station on the path to partner or before an exit from a firm—hardly a long-term retention tool.

Growing the equity tier hasn’t necessarily been at the top of Big Law managing partners’ priorities lists. They are in the business of maximizing profits for their shareholders. They also face more pressure than ever to pay star partners more money and fend off poaching from wealthier firms.

“It’s pretty mainstream thinking among high-performing firms that you need to be disciplined about managing the equity tier,” said Kent Zimmermann, a law firm consultant at the Zeughauser Group. “It’s been mainstream in recent years to raise the bar on what it takes to become and remain an equity partner in the firm.”

Still, the trajectory of an equity tier can say a lot about the general health or long-term confidence a firm has in its own prospects. Several of the 100 largest firms didn’t score so well on that front.

Just more than one-third (37) of AmLaw 100 firms reduced their equity partner count last year, the most recent AmLaw data show. It’s a slight improvement from the 42 firms that shrunk their equity tier from 2019 to 2020.

That seems like a missed opportunity when you consider that it occurred during the most successful year for Big Law firms in more than a decade.

The 37 “Biggest Shrinkers” collectively had a good year.

Only one—Fragomen—saw a decline in revenue per lawyer, often considered the strongest indicator of a law firm’s financial health.

On average, the firms grew revenue by more than 10%. They increased revenue per lawyer by 12% and boosted profits per equity partner by nearly 20%.

Among that group, Dechert and Paul Hastings arguably had the best years. Dechert’s revenue was up 25% and its profits jumped nearly 50%. Yet its equity tier declined by 13 partners. Revenue and profits rose 20% at Paul Hastings. Its equity partner count declined from 179 to 177, per AmLaw.

If those financials don’t result in more equity partners, associates looking to rise the ranks would be right to ask: What will it take?

You can compare those Biggest Shrinkers to the 37 firms that grew their equity tier the most. The financial results are not strikingly different.

One number—profits per equity partner—goes a long way toward explaining the dynamic. It’s a figure firms are loathe to see decline, and in a competitive market it feels even more important. The easiest way to grow it is to restrict the number of equity partners at your firm.

It speaks to competition. The firms that are in a stronger place relative to their competition have more room to grow their equity tiers. Those who are already lagging are under more pressure to pay the partners they already have.

“They are going to be careful to preserve that equity group and the equity standards even after one good year,” said Lisa Smith, a consultant for law firms at Fairfax Associates. “The bigger question is where it goes next. What happens in 2022?”

It also raises a question many might be surprised is even worth asking: Will the equity partnership model last?

“I do think the equity partnership will go away entirely at some point,” said Janet Stanton, a partner at Adam Smith Esq. “One characteristic of the firms pulling away is a more centralized management, which is a lot easier when you don’t have a partnership model.”

On Risk Corridors: I’ve written about Quinn Emanuel’s work obtaining billions in settlements (and millions in legal fees) related to an Obamacare provision known as “risk corridors.” I’ve tried to speak with the Quinn Emanuel lawyers about their work for a long time, but I was pre-empted by founder John Quinn, who interviewed partners Stephen Swedlow and J.D. Horton on his podcast.. Swedlow and Horton detail how they used litigation finance to keep a health insurer in business, which then convinced the client to sue the government, something insurers were reluctant to do.

On Swiss Vereins: At least six major law firms use a Swiss structure that could be facing headwinds after a court decision against Dentons for more than $32 million, Sam Skolnik reports.

That’s it for this week! Thanks for reading and please send me your thoughts, critiques, and tips.

Here’s how to help Uvalde shooting victims, survivors and their families

Mon Jun 6 , 2022
UVALDE, Texas — While families and community members in Uvalde process their grief after the worst school shooting in Texas history, they are also dealing with medical, funeral and legal expenses. Here’s how you can help. Resources for families Belong, a division of SJRC Texas, a nonprofit that cares for […] 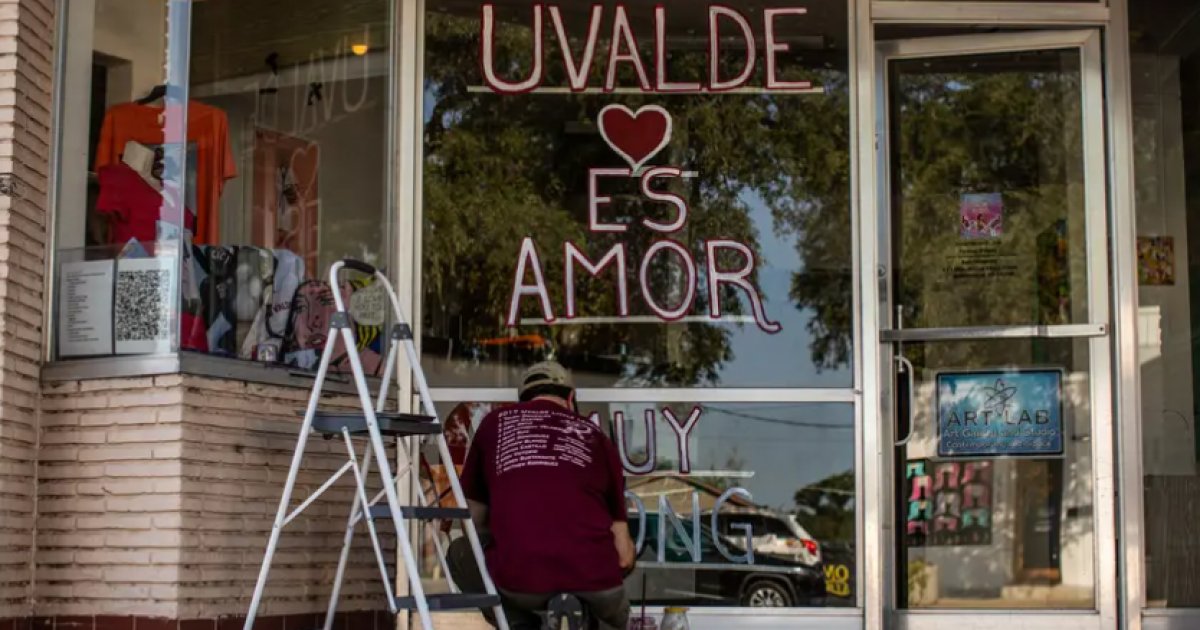